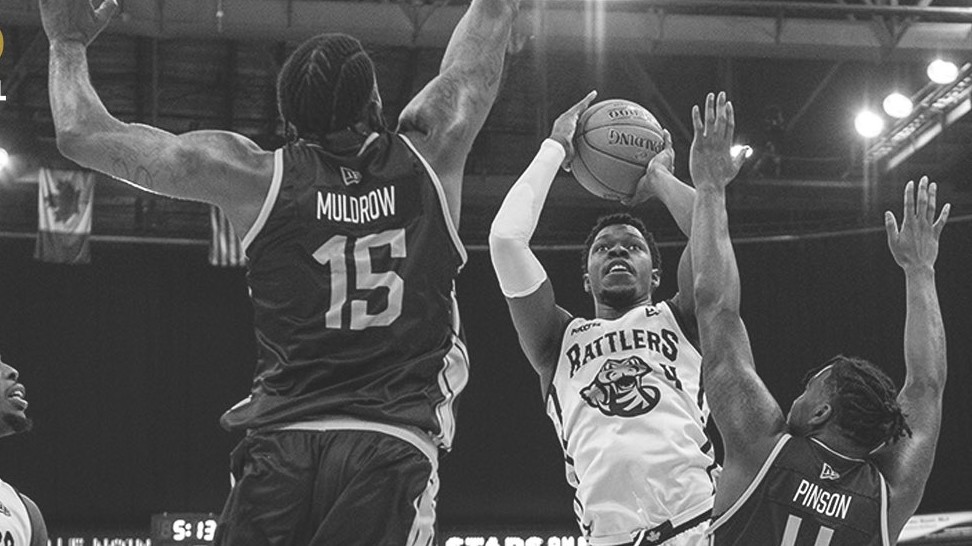 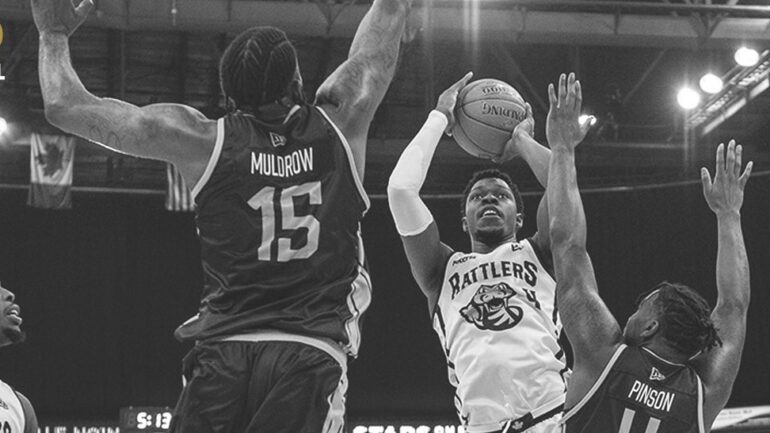 Tavarion Dawson shooting in the inaugural game for the CEBL (CEBL)

To coincide with the playoff success of the Toronto Raptors, Canada’s new first division basketball league kicked-off this past weekend.

The Canadian Elite Basketball League is a new professional league, that will act as the de-facto first division of professional basketball in Canada.

The league will begin with six teams, covering many smaller key markets in Canada. Locations of teams include Fraser Valley, Saskatoon, Edmonton, Guelph, Hamilton, and Niagara.

Ansh Sanyal, senior marketing manager at the CEBL, said basketball markets and viable infrastructure were the most important aspects in choosing a location for teams.

“It wasn’t just randomly choosing it, because going through several cities, several systems, several venue systems, and making sure this model, that has been prescribed for a successful launch of the league, will be accommodated,” he said.

What makes the league unique, is the distinctly Canadian identity. Like the CFL, the CEBL will have a ‘Canadian’ quota, where 70 percent of the roster must be Canadian. 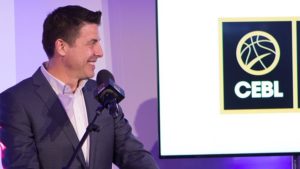 Mike Morreale, former CFL receiver and current CEO of the CEBL at the CEBL draft. (CEBL)

Another aspect that makes the league unique is its partnership with USPORTS, Canada’s interuniversity sport’s organization, where players can be selected as ‘designated developmental players’. This allows certain players to spend the summer playing with the CEBL, and still return to their school teams in the fall.

This model also allows for Canadians playing professionally abroad, to return home, even if it’s for a short time.

“Too often, those opportunities [to play professional basketball] that present themselves take players away from Canada… and now we would like to create that opportunity to bring them back home,” Mike Morreale, CEO and commissioner of the CEBL, said in a news conference.

The league officially began with the first game, pitting the Niagara River Lions against the Saskatchewan Rattlers, on May 9.

The River Lions took the win, 99-97, in a historic day for Canadian Basketball. So historic, that Saskatoon named that day ‘Saskatchewan Rattler’s Day’ to commemorate the launch of the league.

The games continued throughout the weekend, showcasing the impressive bevy of talent in the league.

“It was a very competitive level of basketball,” Sanyal said, about the opening games.

“The fans have been tremendous… the best part is everyone stayed until the end of the game,” He said.

Kevin Mitchell, sports editor at the Saskatoon Phoenix, said that it took a while for the fans to warm up to the new team.

“At the beginning of the game, everyone was quite tentative, I can tell they weren’t quite comfortable with the new team… by the end they were really into it,” he said. 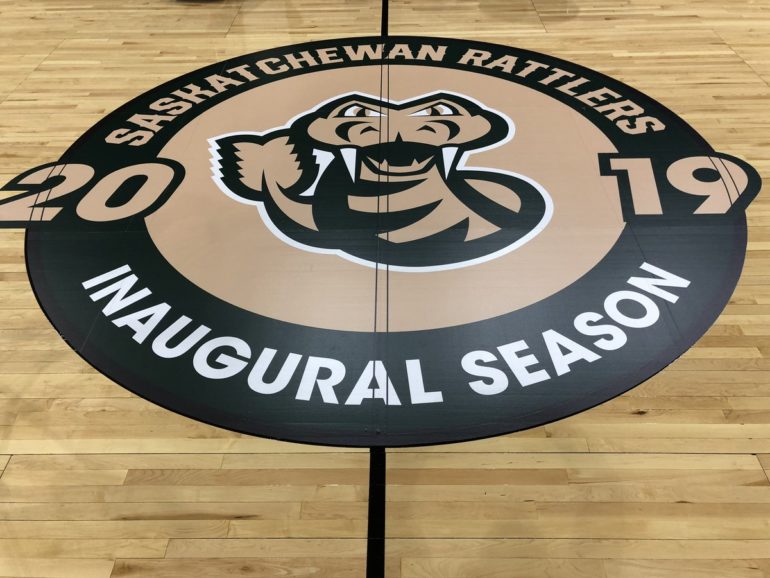 In Saskatoon, Mitchell said that there is a sense of cautious optimism in the community when it comes to professional teams making a home there, but that the basketball support is strong in Saskatoon and there is potential to fill their stadium.

Although he described the launch as successful, he said that much work still needs to be done.

“[We are] implementing brand new systems, systems that basketball in Canada hasn’t ever seen, like a live stats program or game tracker… those are all of the minute challenges we face all the time,” he said.

Nevertheless, Sanyal is confident that the league has resonated with fans, and they have big plans in the future.

“There have been expansion talks with Calgary, Ottawa, Manitoba… Quebec, which is a massive, massive market… although there is nothing confirmed yet, but I think these are just good positive signs,” he said.

When asked about when expansion can be expected, Sanyal said that the plan is to expand by next year.