Students at Riverdale Collegiate Institute in east Toronto protest Ontario Premier Doug Ford’s education cuts on April 4. The cuts to education could have a long-lasting impact on the lives of students in TDSB’s French Immersion programs. (Twitter/Paula Fletcher)

Students in French Immersion programs might lose the ability to get to school, the Toronto District School Board (TDSB) said in its proposed budget report released May 13.

The Proposed Balanced 2019-2020 Operating Budget said French Immersion programs are so expensive that to continue them, the TDSB will need to eliminate transportation services for the programs’ students.

Cruden is a volunteer with the Canadian Parents for French, a national non-profit organization that promotes French learning for youth.

In order for French Immersion and Extended French programs to be carried out within budget, the report recommends ending school bus pickups for students Grade Five or under.

“One of the things that transportation does is it helps kids get to school,” Cruden said. “And if they can’t get to a French Immersion program, then we’re not going to have many kids who are bilingual in the long run.”

Students are already used to a long commute as schools offering French Immersion are scattered across the GTA.

If the transportation services and subsidies are cut, then parents may be responsible for getting their kids to school, assuming they have the time and access to a vehicle.

“The programs are fewer and farther apart if you look at Etobicoke and Scarborough in particular,” Cruden said. “And so the kids that would be most disadvantaged seem to be in areas that are less affluent.” 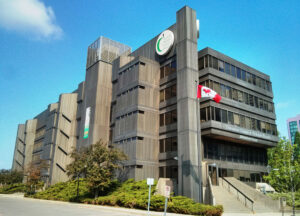 Cruden said kids will have to drop out of the program if the parents don’t have a car.

“They would just be in English at the school that’s closest to their house,” she said.

“You will have children having to leave their friends and the program that they love and return to their home school and be sitting in an English classroom, when the year before they were sitting in a French classroom learning French,” Cruden said.

French Immersion programs have grown over the last 10 or 11 years because they are effective, she said.

“Kids actually learn French in these programs and parents like that. It’s good for kids, and it’s good for their future prospects,” Cruden said. “Why on earth would the TDSB want to take away opportunities from children for the future?”

TDSB’s Director of Education John Malloy said he was confident in the numbers stated in the report, which the board worked with the ministry to determine.

“TDSB staff has approached the budget with integrity and professionalism,” Malloy said. He said the information and numbers contained in the report are “accurate.”

“I hope that they have a second look at this proposed budget and come up with some alternative ideas where the pain that we’re in currently with funding will be distributed more broadly and not focused just on one program,” she said.