Distracted driving law seems to have no effect on drivers, police say 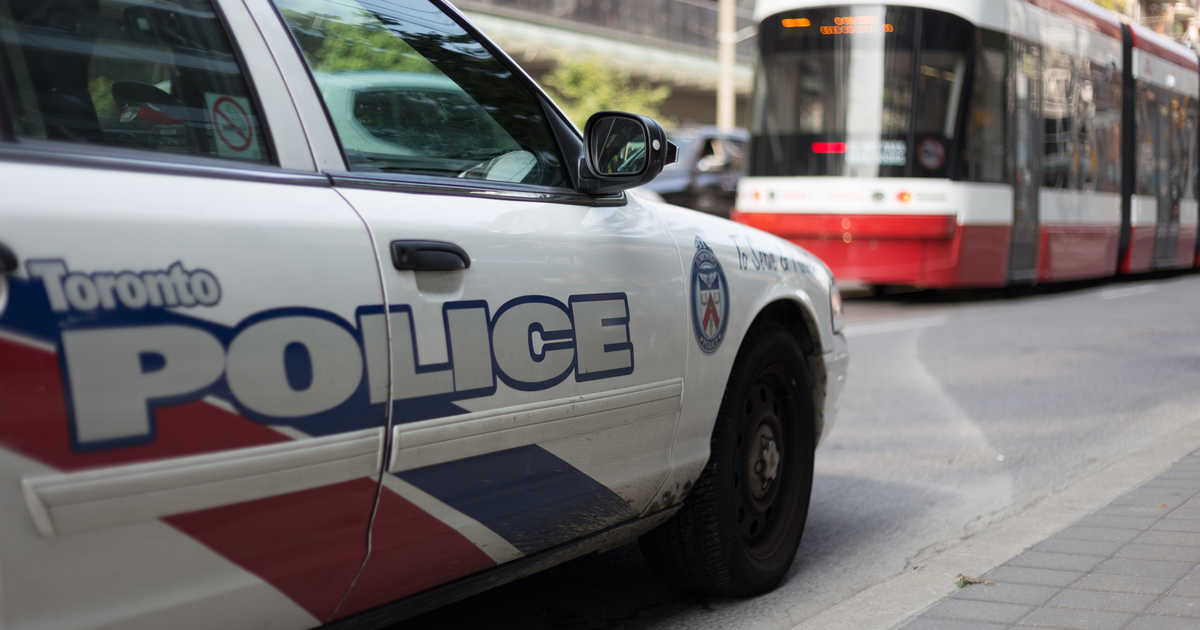 Toronto police are continuing to monitor vehicles for distracted drivers on September 16, 2017. (Flickr/MConrad85)

Police say they are committed to getting drivers to pay attention while on the road.

“I don’t think it impacted people’s decisions as much as I thought it would,” said Detective Constable Scott Matthews at Toronto Police Services Traffic Services.

He said he still sees as many people driving while on their phones as before the law was amended.

The page also states that drivers can be charged with careless or dangerous driving if distracted by eating, smoking, drinking, reading, grooming, or reaching for objects.

In Ontario, first time convictions can include paying anywhere from $615 to $1,000, three demerit points, and a three day suspension.

Matthews says the total numbers of tickets from this past long weekend are still being counted, but traffic services have published the amount of arrests made for impaired driving via Twitter.

Driver with lifetime suspension charged with Impaired by Drug. Details below. pic.twitter.com/CVOBOY0bqK

Constable Matthews said that unlike impaired driving, distracted driving is not an offence that drivers can be arrested for, but can face heavy fines and demerit points.

“Hundreds are consistently issued each week and officers are actively looking for offenders while enforcing other laws,” Matthews said.

There have been several campaigns to promote safe driving in the city, including the Car Show and Shine held by the Ontario Provincial Police at Ontario Place last Thursday.

Officers have also been riding public transit as a means to catch distracted drivers by looking out of streetcar and bus windows and phoning in instances of distracted driving.

“The problem is when you’re operating a motor vehicle, your attention should be on the task of driving,” said OPP Sgt. Kerry Schmidt of the Highway Safety Division in a video with Legally Speaking posted on Facebook.

“Unfortunately, when people put their attention elsewhere, that’s when we become distracted. That’s when things go sideways, and certainly that’s why distracted driving is one of the leading causes of death and injuries on our highways,” Schmidt said.

The 2017 OPP annual report, said that distracted driving made up six per cent of all tickets issued by the OPP. 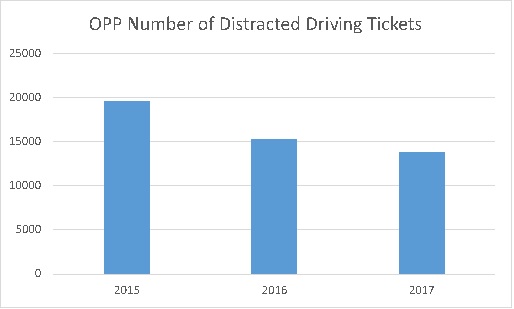 Number of Distracted driving tickets issued by the OPP between 2015 to 2017.

The report indicated that it is one the ‘Big Four’ dangers that can result in death or injuries in Ontario, along with speeding, impaired driving, and seat belt safety.

Although Matthews says he hasn’t noticed a change, the OPP report shows a decline of issued tickets between 2015 to 2017.

“Distractions and inattention related collisions account for a vast majority of crashes that are completely preventable. And, we don’t want to say it’s only cellphones, but it’s many other activities in the vehicle as well,” he said.

While police will continue to remain vigilant, Matthews says that he finds people are addicted to their phones, and also believe that they’ll never be caught.