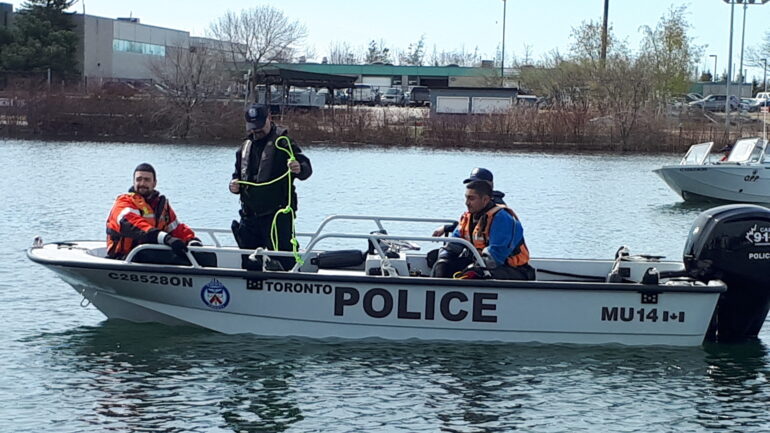 Police sailing on the Toronto water at the launch of Safe Boating Awareness Week 2019. (CSBC/Cheryl Gallagher)

As boaters set sail to the waters, Canadian Safe Boating Council (CSBC) observes the 2019 North American Safe Boating Awareness Week from May 18 to 24.

“Various partners hold launch and information events during the awareness week,” he said.

“There is an average of about 125 drownings across Canada directly related to boating,” Gullick said.

In 85 per cent of the fatalities, people were not wearing a lifejacket, he said.

“In most cases, there isn’t even a lifejacket on the boat,” Gullick said.

Nearly half of these incidents occur within 15 metres of safety and wearing a lifejacket can help give one the ability to self-rescue or await assistance, he said.

It is necessary to create such awareness and encourage safe and responsible boating as over 8 million people across Canada sail in some form at least twice a year, Gullick said.

“They are not aware that they need to be prepared and take some kind of training,” he said.

“There are classroom and on-the-water courses for every type of boat – powerboats, sailboats, canoes, kayaks and stand-up paddle boats,’ Gullick said.

The numbers of drowning deaths have gone down by about 50 per cent over the past 15 years, while the number of boaters has gone up by about 25 per cent, Gullick said.

According to the Canadian Drowning Report, the most common reason for drowning is not using lifejackets or personal flotation device with an 84 per cent death rate.

“They don’t work if you are not wearing them,” Gullick said.