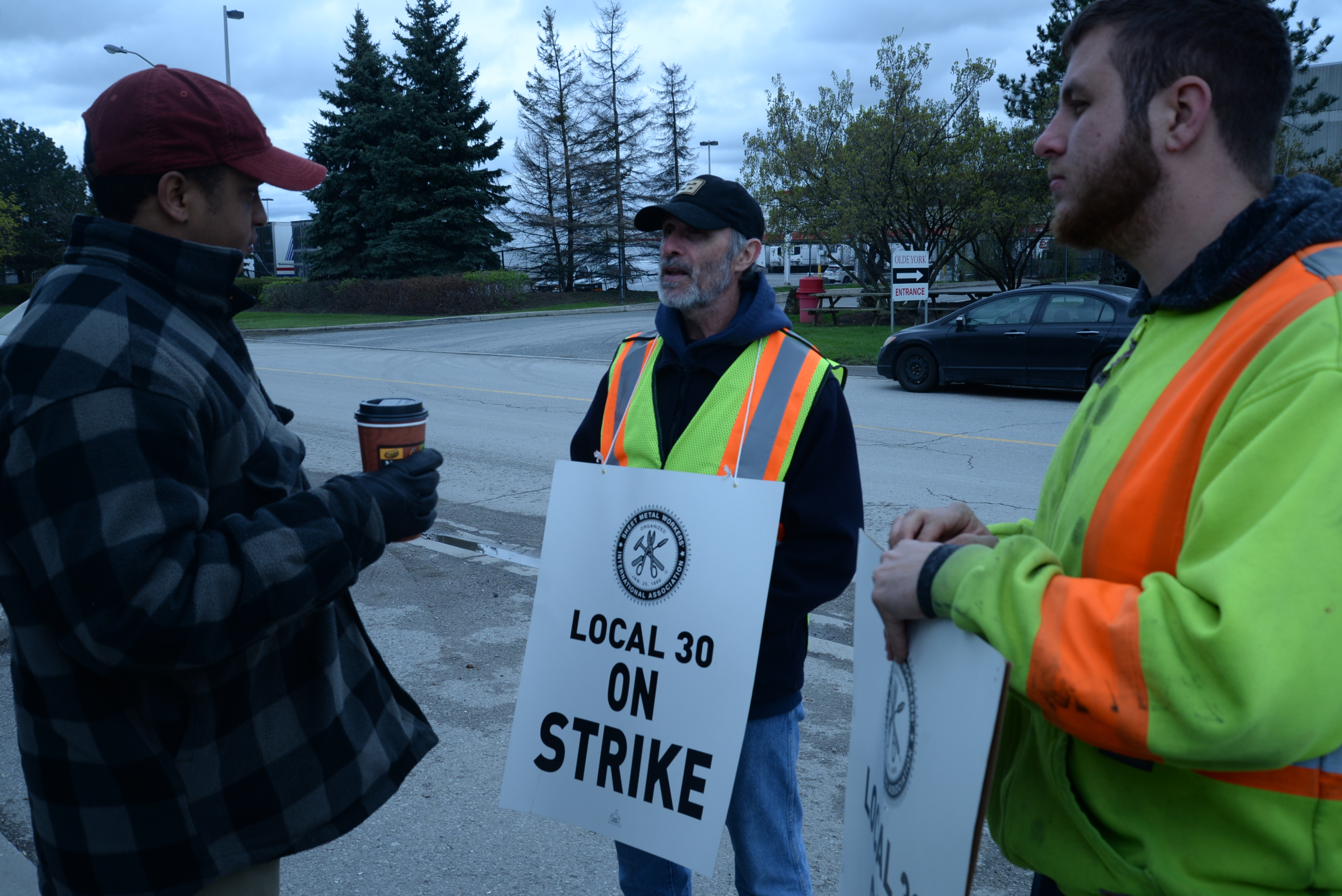 Sheet metal workers across the province are beginning the second week of their strike against contractors and employees. And picketers with the Sheet Metal Workers’ and Roofers’ Local 30 Union in Brampton see no end in sight.

The issues at the forefront of the negotiations include preventing the change from a 36-hour work week to 40 hours, which would allow more apprentices to work, and avoiding the removal of union stickers on workers’ sites.

“We were one of the first unions, 30 years ago, to put this out there for any other trade,” said Sherwin Steele, a member of Local 30.

“Over the last two weeks, we’ve had to make the decision to go on strike due to the fact that they are not willing to negotiate with us on particular issues,” he said. 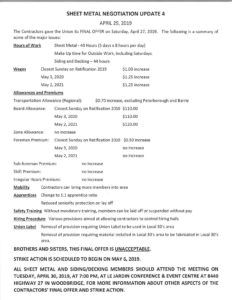 “The owners are trying to say we don’t want to come to sit down and talk but we are actually more than willing to,” Steele said.

The Brampton site on Intermodal Drive near Goreway Drive is one of the four sites in the GTA that have joined the province-wide sheet metal works strike that began May 6.

“We are definitely in contact with them, everything that we’re doing is working with each other as a brotherhood in ensuring that our future is strong. We have to work together,” Steele said.

In Canada, sheet metal workers are represented under the machining, metal forming, and shaping, and trades labour force.

A 2015 Labour Force Survey by Statistics Canada reported approximately 41 per cent of the workers are unionized.

“We are finding other groups and other communities to work with to try to bring young people in the way of new apprentices,” Steele said.

“What we don’t want is what they gave us,” said Nolan Noel-Peden, a Local 30 first-year apprentice.

Only five months into his apprenticeship, Noel-Peden said if workers got what they wanted, they wouldn’t be striking.

At a rate increase of $2 per hour each year, they would have had an increase of $6 an hour over a course of three years. 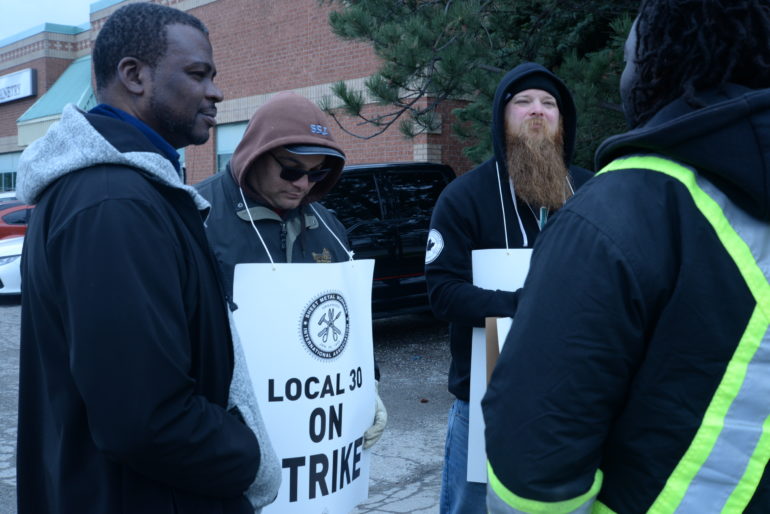 Sherwin Steele and co-workers continue to strike for Local 30 in Brampton on May 14, 2019. (Lola Waheed)

“It’s been a little tough,” Steele said as the stalemate enters its second week. “Only because a lot of us have families and we are always responsible to our families and we’re not in the position to do that right now.”

Though there hasn’t been any discussion between the two sides, the workers remain hopeful of reaching an agreement with the contractors soon.

“We are gonna be out here until we are in the position to be able to get back to work and represent our union as effectively as we always have in our talks going with contract,” Steele said.