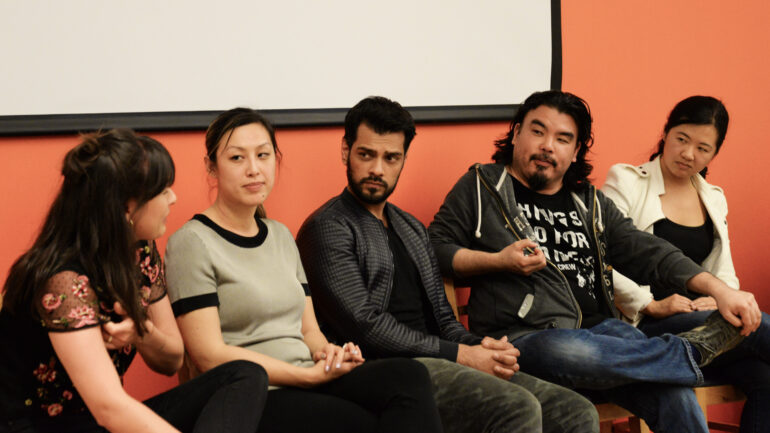 As Asian Heritage Month nears an end, Canadian film and TV creatives took the opportunity to share their sentiments about feeling small.

A diverse panel, co-presented by Black, Indigenous and People of Colour (BIPOC) TV & Film with the Reelworld Film Festival, invited some of the big names in the industry to the Regent Park Lounge on May 27.

Moderated by Romeo Candido, writer, director, musician and producer, the panel was geared towards the community of minority artists in Canada’s TV and film industry.

The panelists come from different racial backgrounds and shared their experiences regarding imposter syndrome and lack of belonging.

Wan is a Toronto-based actor and filmmaker who received the Woman With A Vision Award from the Action On Film Festival for her work as producer and creator.

To fight her anxiety, she said she focuses on things that she should do instead of dwelling on what she can’t do.

Vivian Lin, known for her work on Canadian sci-fi series Killjoys, said that there are two types of “feeling smaller.” 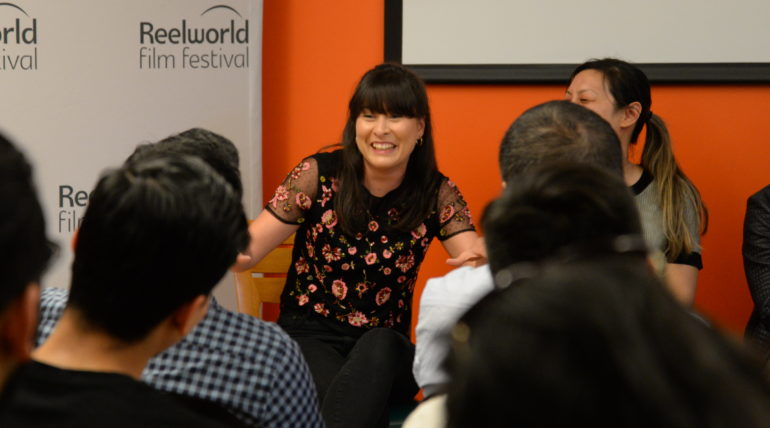 Melanie Le Phan interacting with the audience while speaking about her experience with imposter syndrome. (Raisa Rahim)

“One is the idea that I was never supposed to be here,” she said.

When she walked onto the sets of Killjoys, Lin said she felt like she was never supposed to be there.

“What is it about our culture that makes you feel like that when you’re just standing in a room where everyone else seems to be okay?” she said.

Lin said the second type of feeling smaller is when a person gets intimidated by people around them who are doing the most amazing things in the world.

Award-winning filmmaker, Warren Sonoda, had something different to say on that note.

Sonoda is a Japanese-Canadian who belongs to the third-generation of Sansei born in Canada.

“I have always felt good about being who I am and walking around film sets feeling like I belong,” he said. “The biggest thing for me in the last 10 years is who am I in the skin.”

Sonoda said that people who grew up as the sons of Japanese-Canadians that went through a whole process of getting everything taken away and their families scattered across Canada as a consequence of wartime internment, the norm was to become as white as one can be.

“When you do that to an entire group of people, they lose their sense of self. That’s the smallness I feel now,” he said.

Each creative artist at the Asian Heritage Month panel had their own version of the same struggle, with the same sentiment.

According to Sonoda, imposter syndrome is the cold, hard reality of the world not catching up.

“When the world doesn’t know what you can do or what your abilities are, you’re constantly trying to prove them wrong, and yourself right,” Sonoda said.