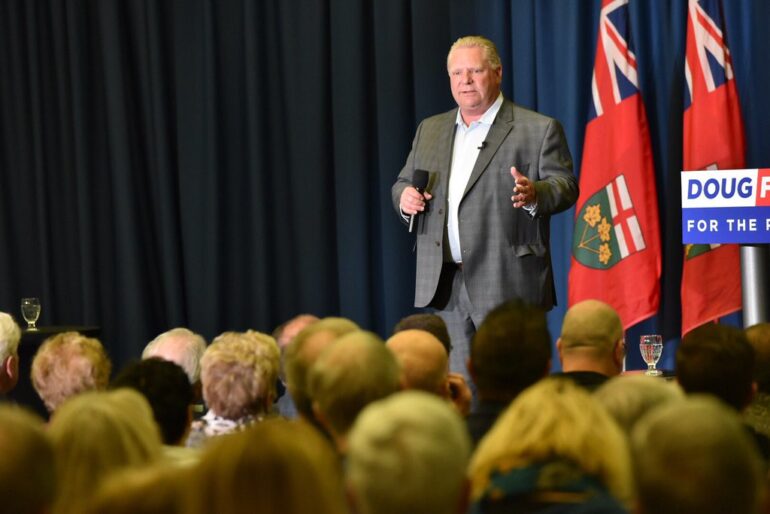 Seven in 10 Ontarians say they are less likely to vote for the Progressive Conservative party in the next election due to the public health cuts according to a poll conducted by Environics Research.

The Ford government announced last month that there would be cuts to the public health agency budget resulting in less funding for municipalities within Ontario.

The Environics poll commissioned by Canadian Union of Public Employees Ontario (CUPE) and CUPE Local 79 was conducted from May 14 to 16 by telephone using Interactive Voice Response (IVR) methodology.

Women, people under 45-years-old, and those living in the City of Toronto were also most likely to say the Ford government is on the wrong track.

Chris Murray, city manager of Toronto, estimates that this will cost up to $177.65 million dollar budget shortfall for this year.

“It’s really good that the Ontarians are opposed to the cuts to public health institutions but there’s probably going to be worse effects associated with other cuts,” said Dennis Raphael, professor of health policy and management at York University.

Raphael said that people are certainly aware of the public health cuts but whether they are aware of the other wider cuts and the health effects of those cuts is different question.

“You see a significant [increase] in mental health and stress and especially seen studies in the U.K.,” Raphael said.

“It’s not an epidemic but we can see these things have adverse effects on premature mortality all the time,” he concluded.

The City of Toronto has said the total wider cuts will cost $178 million this year including a $22 million cut to library sector support and a $7.7 million cut for ambulance and emergency services.

Child care funding has been allocated $80 million less than the previous year.

The provincial government’s share of public health funding will go down to 50 per cent from 75 per cent in April 2021 according to the announcement last month.

Joe Cressy, Chair of the Toronto Board of Health and city councilor, said that it would mean $1 billion less in funding over a 10 year period. 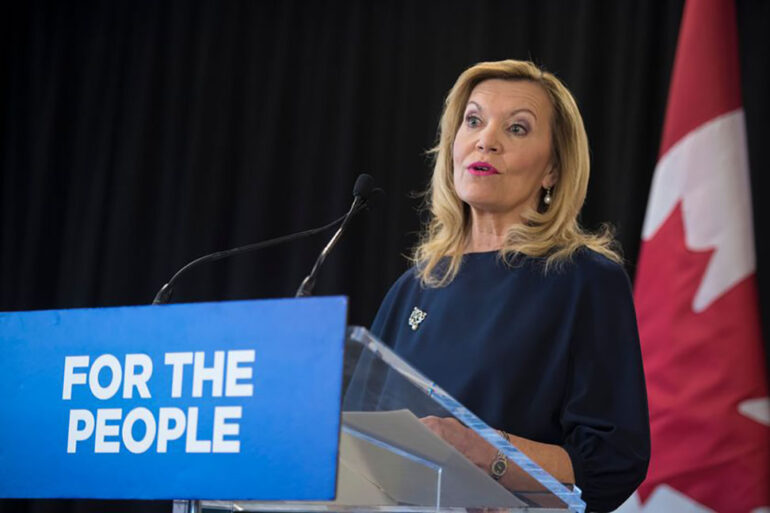 The spokesperson for health minister Christine Elliott said in a statement, “As we’ve said all along, we expect public health units will continue to be properly funded. As such, any poll that asks respondents about supposed cuts to funding for core public health programs cannot be considered accurate.”

“The accuracy of any poll paid for by CUPE, a union that has publicly announced its political bias against our government, should be seriously questioned and discounted,” the minister’s spokesperson said.

“Our government is always interested in sitting down with municipal partners to discuss how our two levels of government can work together to find efficiencies and respect taxpayer dollars,” the minister’s spokesperson said.

Raphael said the poll is objective in terms of the questioning and that they are very good questions.

The data within the survey is weighted for age, gender, and region.

“People should call up their members of parliament if they oppose the cuts and [I think people should] support groups that are actively opposing these cuts,” Raphael said. “[There’s] lots of advocacy groups that are opposed to these kinds of cuts.”