Toronto community stronger than ever one year after tragedy 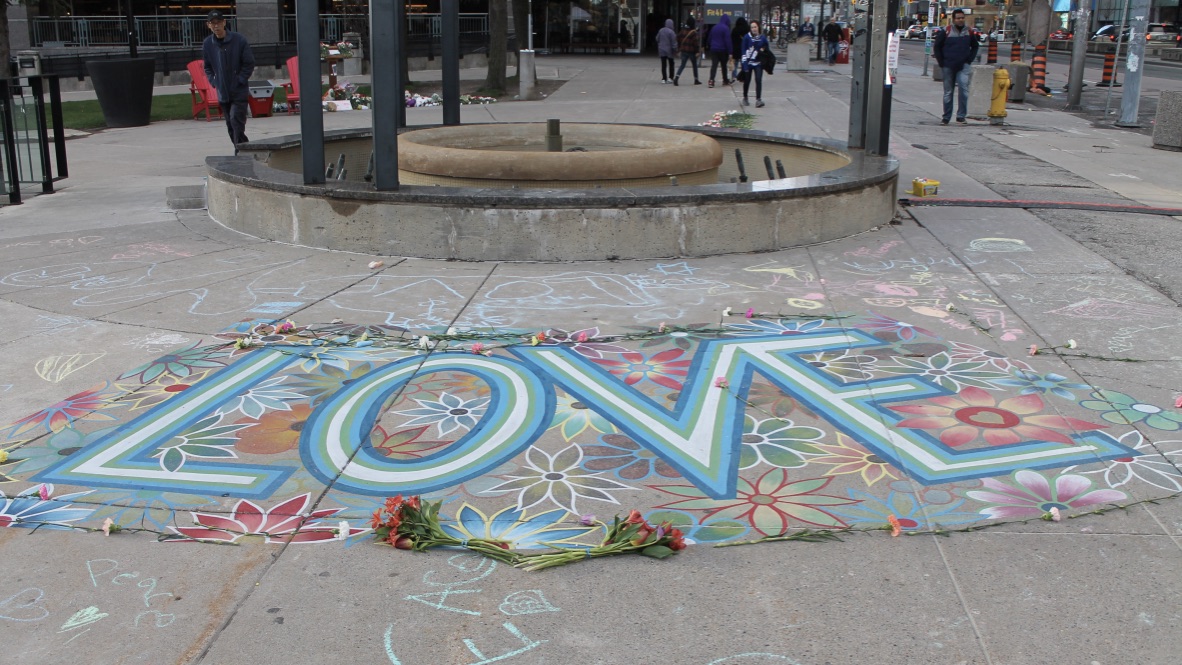 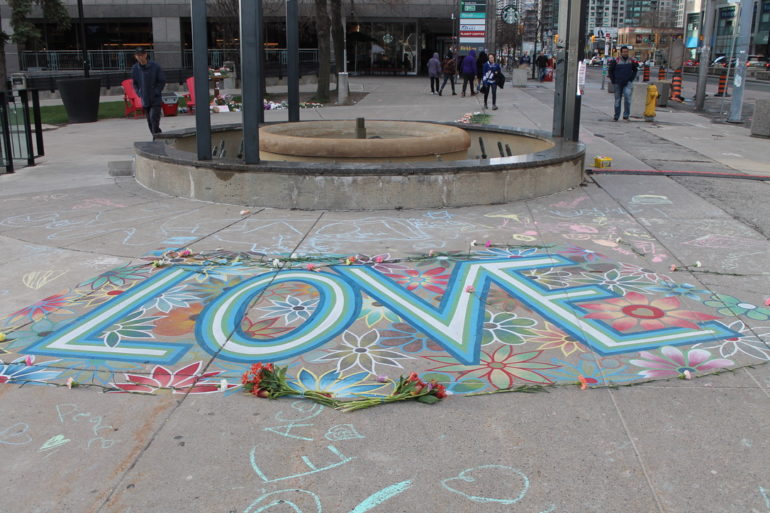 Susan Nichols still won’t walk down Yonge Street a year after a van attack that killed 10 and injured 16 in the heart of North York.

“You never know who is going to jump the curb on you,” she said, before adding that sidewalk barriers would go a long way to make pedestrians feel safer.

Nichols joined dozens of other Willowdale residents Tuesday evening at Mel Lastman Square to commemorate the victims of the attack and celebrate a community that has drawn strength from tragedy. 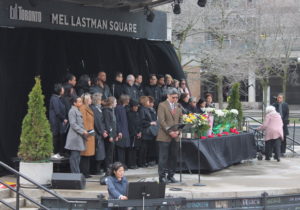 The memorial service led by pastor Sean Huh began in solemn reflection and ended in song as attendees, including Mayor John Tory and Councilor John Filion rose for the national anthem.

The anniversary served to underline ways in which the community has moved forward and grown closer in the wake of the attack.

“It was a tightknit community beforehand,” Willowdale resident Nicholas Chuba said. “Now it is a community where you ask people how they’re doing, and you ask if they’re okay.”

Chuba acknowledged he still thinks about the attack but hasn’t let it affect how he feels about Willowdale or about Toronto.

“It’s still a place where I feel completely safe wherever I need to be,” he said.

Joining residents in Mel Lastman Square at this evening’s vigil as we remember the victims of the Yonge Street Tragedy. pic.twitter.com/iBEDUHvo25 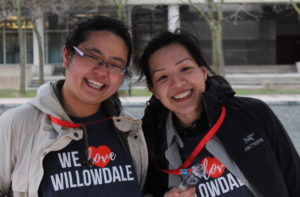 Amaryllis Sum (left) and Jenny Tang (right) work the We Love Willowdale booth at the One Year Commemoration of the Yonge Street Tragedy at Mel Lastman Square in North York on April 23. (Dan Hollingbery)

Along the west side of Yonge, where victims were hit, chalk drawings and messages of support and sympathy lined the pavements, part of an effort to reclaim the neighbourhood organized by We Love Willowdale.

Sum works at an RBC branch in the area and recalls the fear and anguish following the attack, but notes a year on, the community has bonded.

Volunteering with We Love Willowdale has given fellow RBC employee Jenny Tang the opportunity to meet neighbours she wouldn’t have had the chance to a year ago.

Changes to the community have been positive and partial credit must be given to the grassroots organization which sprung up in the response to the attack, Tang said.

In cooperation with the city, We Love Willowdale is responsible for organizing the vigil, as well as community dinners held afterward.

“I think [the organizers] have been very thoughtful in how they wanted to represent today,” she said. “From local schools taking part in the chalk art to the family dinners, I don’t think I’ve ever seen anything like this before.”

Letting neighbours know they have a place to turn to in difficult times is important, Richards said.

“Something good came out of something so horrific,” she said. “We really want to know our neighbour and be there for each other.”

Majid Jowhari, MP for Richmond Hill, believes the way in which the public have come together, shoulder to shoulder, is uniquely Canadian. 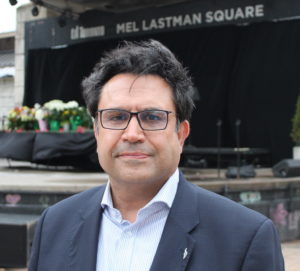 The attack unified diverse and multicultural communities and in the face of violence this unity and resilience will make the difference, Jowhari said.

“The driver who committed this heinous crime was from Richmond Hill, so I find it my responsibility to be here,” he said. “It is important we don’t forget that extremism, under any circumstance, is unacceptable.”

Although the city has proven to be more susceptible to acts of violence than in the past, Jowhari insists Toronto remains one of the safest metropolitan areas in the world.

“I measure safety and security by the fact I would still let my 20-year-old and my 25-year-old walk around downtown Toronto at 2 a.m. Absolutely,” he said.