The relationship between millionaire NCAA basketball coaches and unpaid players 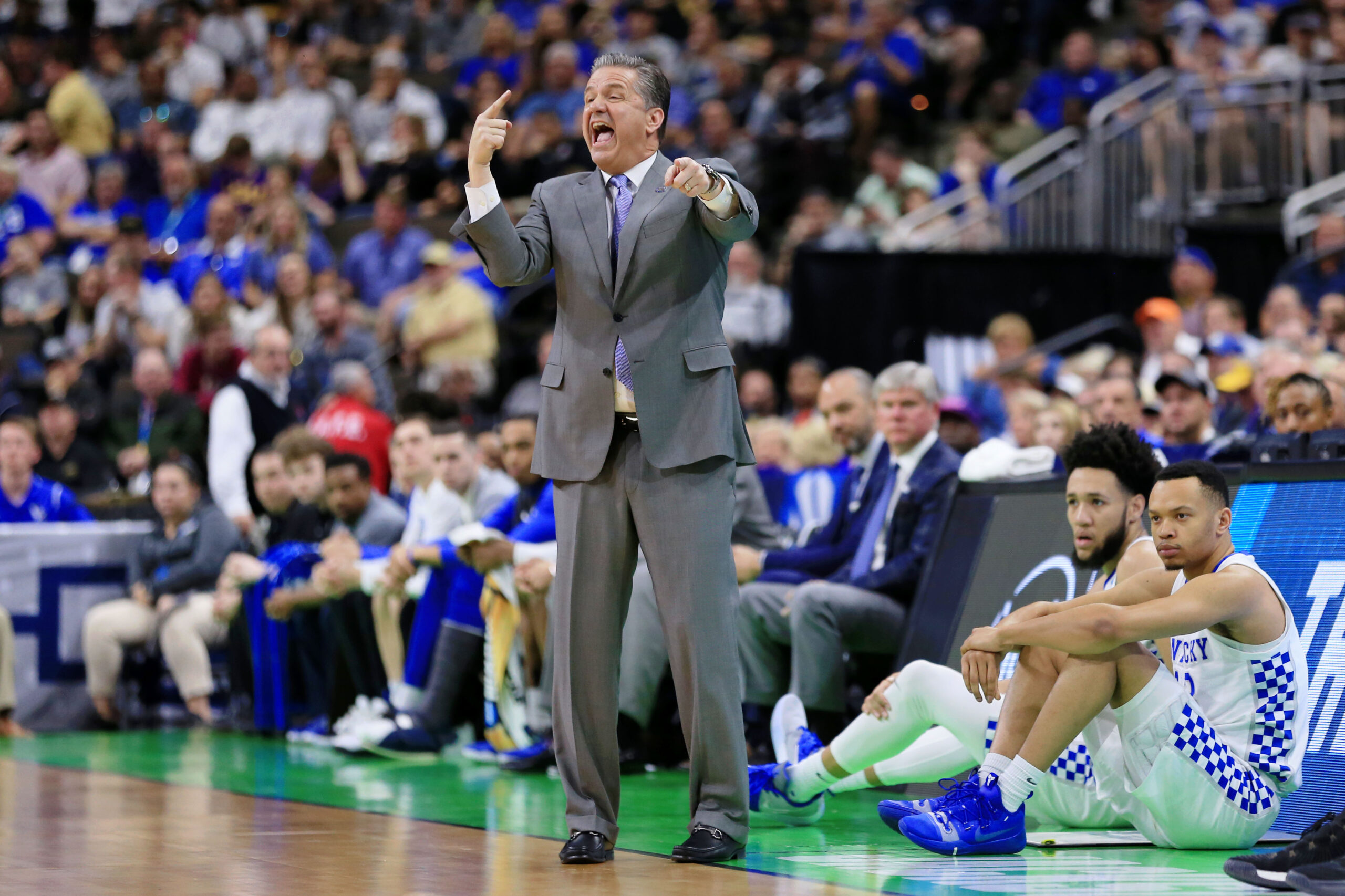 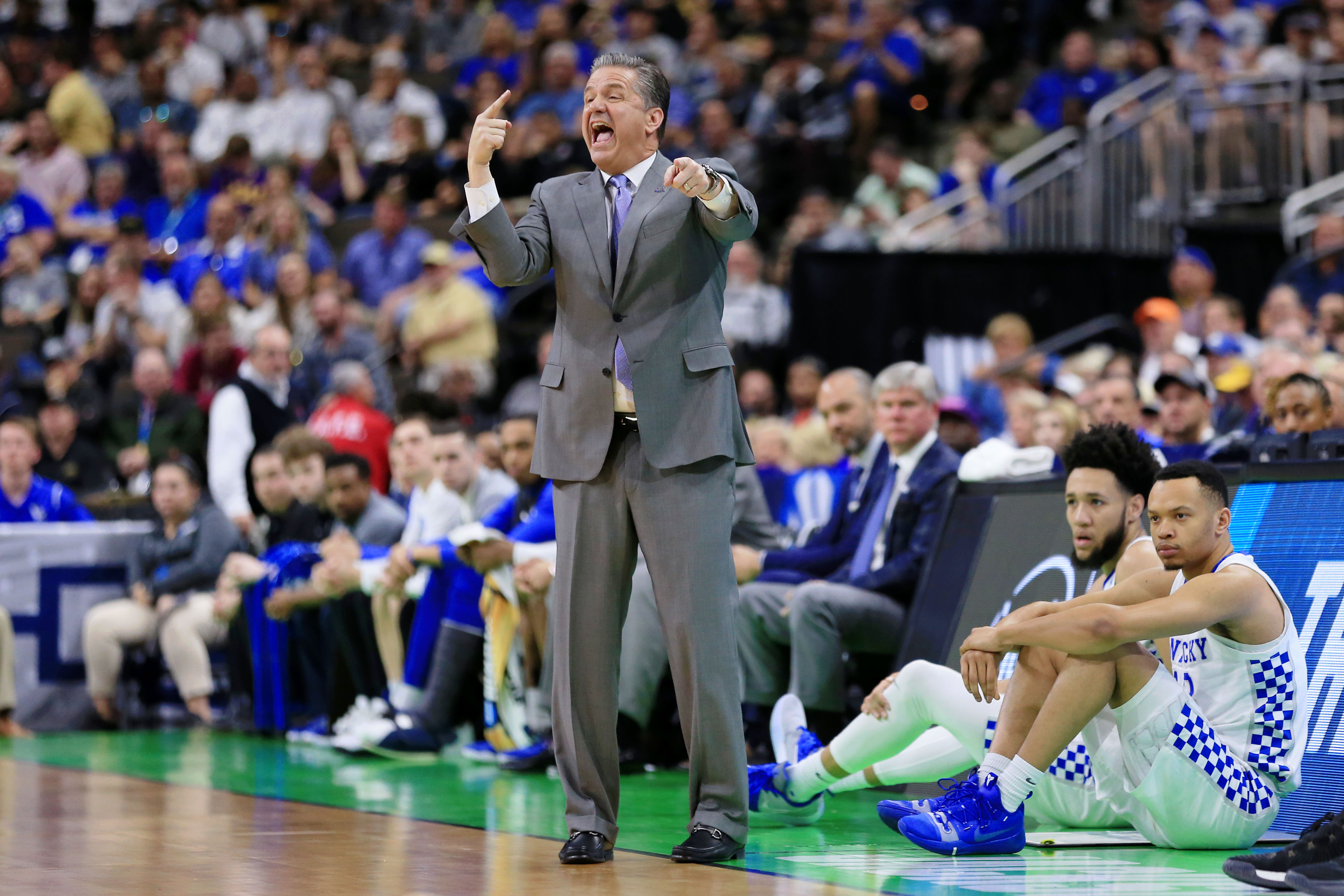 Kentucky Wildcats head coach John Calipari instructs his team during their game against the Wofford Terriers in the second round of the 2019 NCAA Tournament at Jacksonville Veterans Memorial Arena on Mach 23. (Matt Stamey/USA TODAY Sports)

This year’s March Madness tournament has been filled with exciting action with the lure of superstar players like Zion Williamson and R.J. Barrett, and the guarantee of buzzer-beaters and Cinderella stories.

Still, reoccurring questions continue to loom over the state of college basketball regarding the millions of dollars the tournament generates, the scrutiny these young unpaid student-athletes are forced to endure and the corrupt underbelly of illegal deals that fuels the game.

Another issue maligning college basketball is the relationship millionaire head coaches have with their unpaid student-athletes.

NCAA basketball and March Madness, in particular, generate millions of dollars while operating under the guise of amateur competition.

Student-athletes must receive amateurism certification and avoid a number of activities that may impact their amateur status, while the NCAA generates an estimated US$900 million through ticket sales, sponsorship deals, television rights and advertising opportunities, none of which goes to the players.

For each game a school participates in, the NCAA pays the conference in which that school belongs to a certain amount of money, roughly US$1.5 million. Then, the conference does what it wishes with that money, usually dividing the funds among all the schools in the conference.

The entire college basketball industry has made millionaires out of coaches who head basketball programs populated by unpaid players.

John Calipari, head coach of the Kentucky Wildcats and the highest paid college basketball coach, is set to make over US$9 million in 2019, according to USA Today. Sixty-nine coaches in total will make at least US$1 million in 2019.

“If we can stop painting intercollegiate coaches as pros or March Madness millionaires, we’ll have a far healthier outlook,” said Jim Flack, the head coach of Sheridan’s men’s basketball team and Sheridan College director of Athletics and Recreation.

Tom Izzo, head coach of Michigan State and the third-highest paid coach in college basketball, was caught in the middle of a nationwide debate as he was seen on national television continually berating one of his players, Aaron Henry, in a timeout.

Many believed Izzo’s reaction was over-the-top, especially considering Henry’s young age and the fact that he is not an employee.

A coach himself, Sharma didn’t see a lot wrong with the incident.

“What we don’t understand is the relationship and the hours he spent with that athlete,” Sharma said. “The athlete and Izzo have an understanding that they can communicate like that.”

Still, Sharma said he doesn’t see how college basketball can continue in the same way because of the lopsided relationship between coaches and players, and the amount of money at stake.

The NCPA was founded by Ramogi Huma, a college football player with the UCLA Bruins after the NCAA suspended his teammate for eating groceries that were left anonymously on his doorstep when he had little food.

While many of the supreme athletes on show during March Madness will go forward and play professional basketball in the NBA or in leagues overseas, the majority will not and it’s their education that provides them with a prosperous future, which often goes overlooked.

“As coaches, we are teachers,” said Flack, who led Sheridan to another OCAA gold medal this season.

“Some of the most important teachers in our society just go along, quietly doing incredible work with students and athletes, never getting any kind of recognition. Those people- they’re the real winners.”