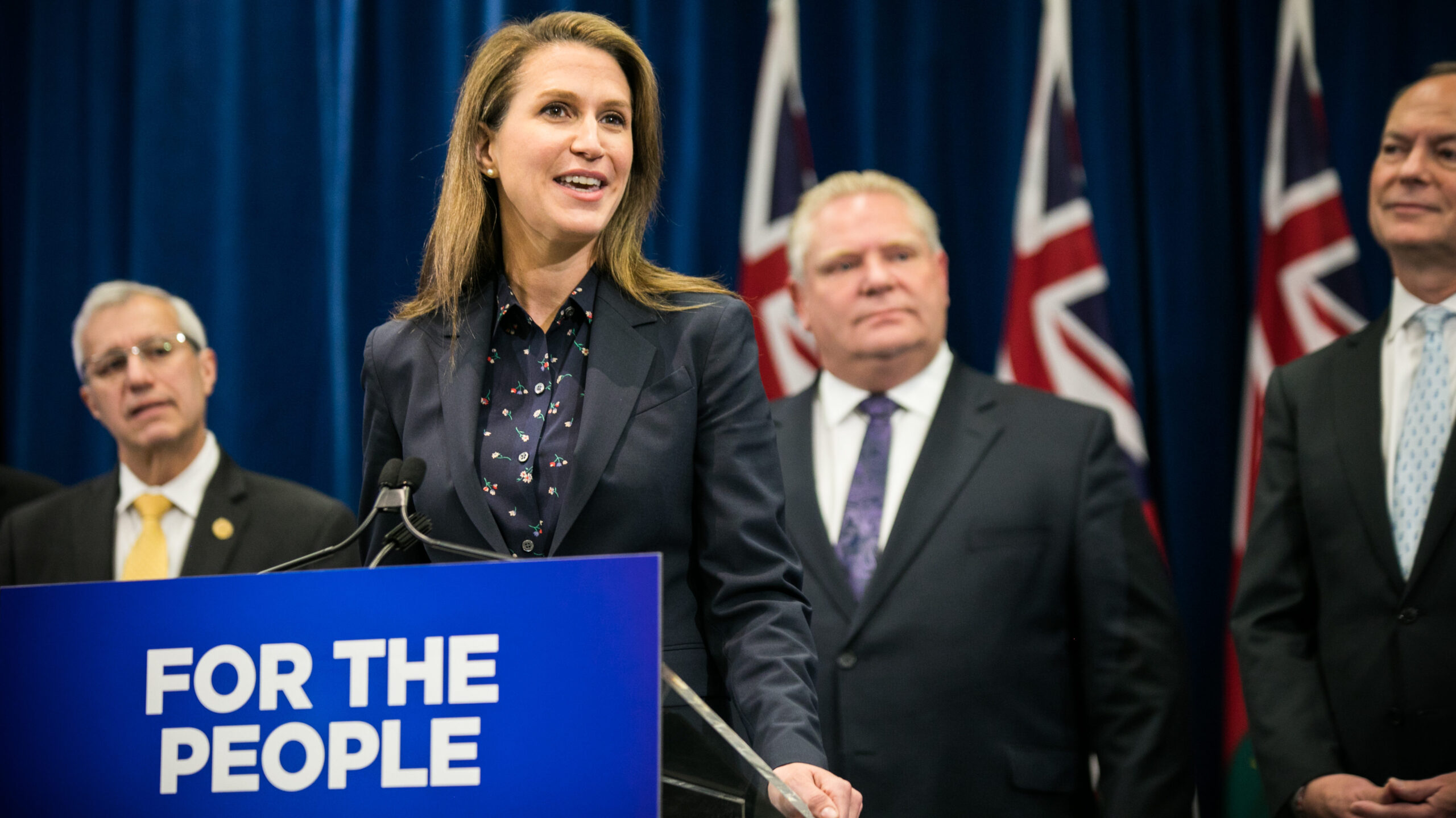 The previous Liberal government had committed an additional 14.8 million over the course of three years, or an additional $5 million per year.

“I think it’s a gesture as opposed to a solution,” said Nicole Pietsch, coordinator for the Ontario Coalition of Rape Crisis Centres(OCRCC). “Which of course I appreciate a gesture, but don’t make any mistake that’s not going to reduce a waiting list of many months.”

For the Toronto Rape Crisis Centre (TRCC), those waitlists are the highest they’ve been in the 45-years of their existence, Deb Singh, counsellor and activist at the TRCC and executive to the OCRCC, said in February.

Survivors looking for support through the TRCC are waiting 15 to 18 months for a callback, she said.

The current commitment was made in late February by Ontario Attorney General Caroline Mulroney, nearly nine months after the Ford government took power and almost three weeks after Mulroney’s first official meeting with the OCRCC.

Pietsch said she’s under the impression every centre gets a minimum of $10,000, while the remainder will be allocated based on things like service demand and population.

She suspects that rural organizations and centres that service lower population areas will likely see less of a cut, while locations like TRCC will see more.

The funding itself will be distributed by the attorney general, she said.

Brian Gray, spokesperson for the Minister of the Attorney General, said by email, that the ministry is consulting with the OCRCC, L’Action ontarienne contre la violence aux femmes and other organizations in determining the best way to allocate the additional funding.

“The Ministry will be conducting a review to ensure services and supports are centred around victims and to ensure more help and funding make it to the frontlines. The sexual assault centres and other victim’s services providers will be invited to participate in that review,” the email said.

Pietsch said member centres have been directed that the best place to put their cut of the funding is towards frontline services, but ultimately, how the centres use their funds is up to them.

She said she expects to see creative ways of maximizing the money with things like group sessions and trying to reach remote survivors.

Although she does expect centres will be hesitant to implement services their communities could become reliant on, knowing the funding will end and the service will likely have to be cut.

“I mean we were clearly told that the one million allocation was for one year,” Pietsch said.

It looks great in presentation, but likely won’t have a significant impact on their record waitlists, which is why they launched the campaign for funding in the first place, she said.

The ministry did not comment in their email on whether the additional funding will extend beyond one year, but did say the decision to review victim services and supports across the provinces was made as a result of direct conversations with “victims service organizations and the government’s line-by-line review of all government services.”

“We would never say that what was given wasn’t appreciated, but I think in terms of what the ask was, as something that would respond to increasing demand, it’s just not really going to put a dent in an ongoing situation,” Pietsch said.