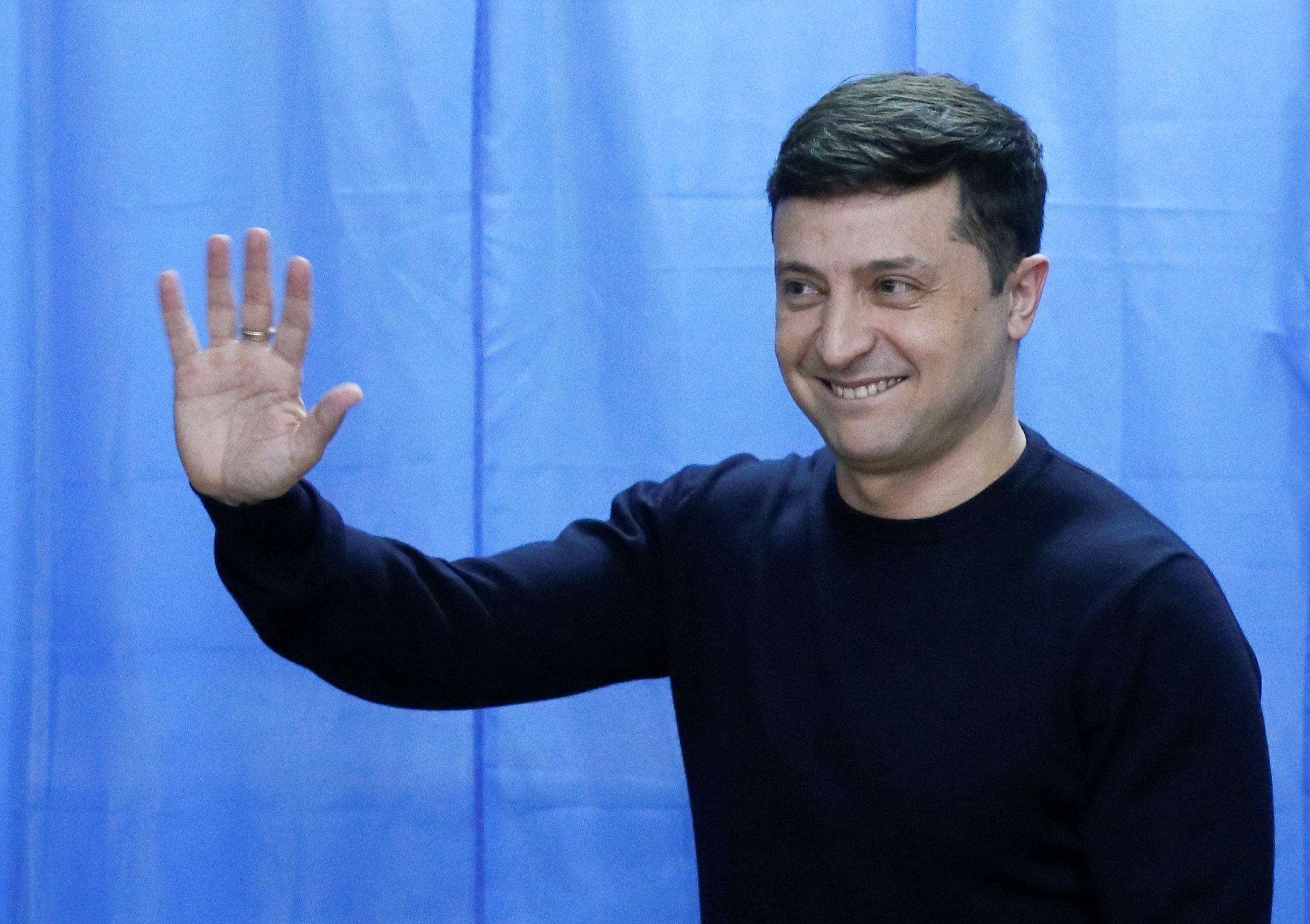 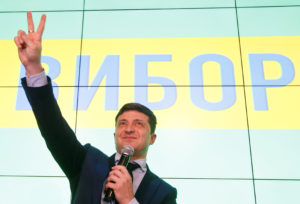 Comedian and actor Volodymyr Zelenskiy, who plays a fictional president on a popular Ukrainian TV series, is leading the campaign to become the country’s real president.

Six candidates ran for president in the first round of Ukrainian presidential elections on Sunday. Zelenskiy, who is running on an anti-corruption campaign, took the lead with 30.4 per cent of votes.

“I want to thank everyone, you have seen recently, as well as I have, some exit polls, there are lots of exit polls but there is only one winner,” said Zelenskiy.

The 41-year-old is trying to replace the current president Petro Poroshenko, who secured second place with 17.8 per cent of votes.

“I critically and soberly understand the signal that society gave today to the acting authorities,” said Poroshenko. “It’s a tough lesson for me and my team, it’s a reason for serious work to correct mistakes made over the past years.”

Former Prime Minister Yulia Tymoshenko was third with 14.2 per cent of the votes. She immediately confronted the accuracy of the results, saying that according to her internal polling, she should have been put in second place.

“I urge not to consider exit polls as the ultimate truth. This is an absolutely manipulative dishonest thing,” she said.

Even though Zelenskiy doesn’t have any political background or experience, he said he is committed to fighting corruption and injustice without the use of violence.

“I will not fight against society, I will not call for people to set up tents and protest at the Independence Square in order to protect myself. If Ukrainians are against me, I will not do it, because human life is the most important thing,” said Zelenskiy at a news conference after the resulted were announced.

In the second round of voting, Zelenskiy will most likely emphasize the corruption scandal involving military embezzlement linked to Poroshenko during the annexation of Crimea.

Poroshenko was allegedly involved in importing faulty parts from Russia and producing low quality weapons through a Ukrainian defense enterprise, Ukroboronprom, and supplying them to Ukrainian forces during the war in 2014.

“It is known that in pursuit of profit, stealing taxpayers’ money, the leadership of Ukroboronprom produces models of poor-quality weapons, which is a threat to the Ukrainian military,” said Andrei Marochko, the militia spokesman of the LPR (Luhansk People’s Republic).

Marochko said the majority of the defense enterprises of Ukraine belong to Poroshenko and people from his closest circle.

“Poroshenko is personally interested in a protracted war in the Donbass, and the so-called zone of the ‘combined forces operation’ is just a good market for Kiev’s weapon barons,” he said.

Former Prime Minister Yulia Tymoshenko accused the president of treason and demanded that impeachment procedures to be started against him.

The Central Election Commission will announce official results in 10 days. The election would go to a run-off on April 21 since no candidate is expected to receive more than half of the votes.