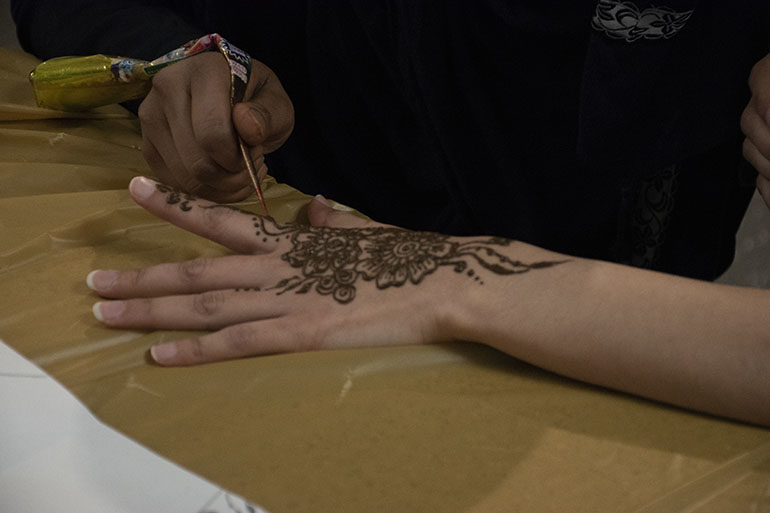 Henna is a dye made from the henna tree, it is temporary and washes off in a few days. (Kelvin Tran)

The Muslim Student Association (MSA) hosted their annual Islam Awareness Day at Humber College on Thursday. The event comes days after an anti-Islam protest was held in Toronto by Pegida, a far-right political group that originated in Germany.

“I believe that Muslims should be doing this around the world, especially in Western countries where there’s more of a media influence on what Islam is, and perceptions on Islam that might be wrong,” he said.

The event was held in the IGNITE Student Center and featured educational booths and speakers from the MSA. Free Hijabs were available for female students to wear and take home, and a Henna station for those who want to add a little art to their hands.

“I feel like the Western media does portray Islam in a negative light, there’s a lot of connections between terrorism and killing and stuff like that. And we wanted to dispel those myths that they’re not actually true and Islam is actually a peaceful religion,” said Shaikh.

Adib Haider, a MSA volunteer, said one misconception about Islam is a presumed hatred of other religions, but Islam actually loves Christianity as a brother religion. Jesus Christ was also a prophet of the God (Allah), and that Islam recognizes other prophets such as Moses and Abraham. 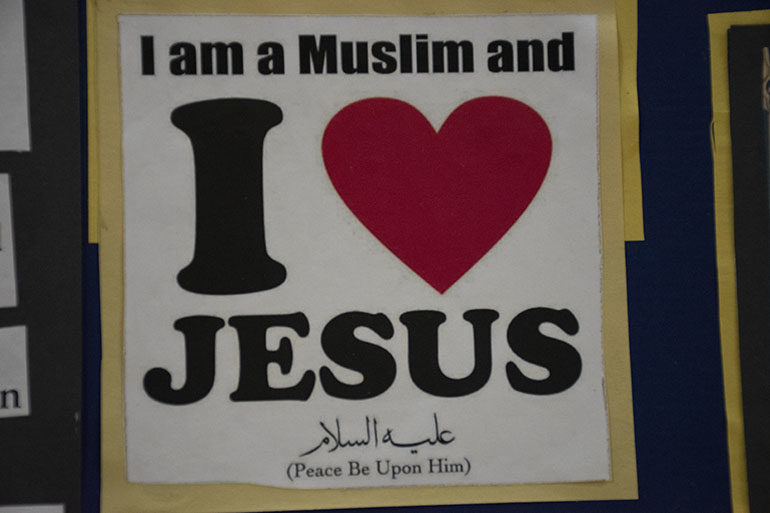 Islam and Christianity share many of the same values and beliefs. (Kelvin Tran)

Quebec proposed Bill 21 on Thursday, which will ban public sector employees from wearing religious symbols. In 2017, they passed Bill 62, which banned women wearing the hijab and burka while receiving public services, it was later suspended in 2018.

Another misconception is that Islam oppresses women.

“In Islam, the Hijab represents modesty. A Muslim woman has to cover herself, and yes, it is an obligation. And if you don’t do it, you’re committing a sin. But if you don’t wear it, does that mean we pin you down, we beat you up? That’s not what Islam says,” said Muhammad Baig, a member of the MSA.

“Because that’s oppression of women, just like the five prayers that we pray. Not all Muslims pray their five daily prayers, but do we go around beating up those Muslims?” he said.

A table in the center of the booths held various religious items such as: prayer beards, prayer hats, prayer mats, and a burka. There was also a table giving out free copies of the Quran, the religious text of Islam.