Pearson International Airport authorities plan to work with colleges and universities to help international students at the airport with transit and other issues. (Sai Durga Gona)

The airport plans to reach out to colleges — including Humber — and universities in the GTA region to support incoming students “in all aspects, including helping them to find a place to stay,” said Siobhan Desroches, the Greater Toronto Airport Authority’s (GTAA) manager of Transit Stakeholder Engagement and Comms.

“We are trying to get more engagements with colleges and universities so that we can help the international students at the airport with the transit and other facilities,” Desroches said.

Part of the outreach plan includes a new plan to raise awareness among international students in Canada regarding the resources available at the airport. 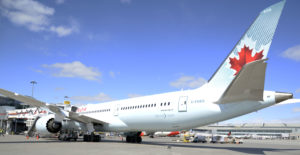 Airport authorities partnered with Toronto and the University of Toronto in 2011 to open an International Students Welcome Booth at Pearson.

The booth supplies kits for the students containing SIM cards, maps and other important information about Toronto.

Canada is witnessing the highest surge in the past two decades of international students in Canadian post-secondary institutions. Indeed, there were 245,895 in the 2016-2017 academic year, according to Statistics Canada.

GTAA officials revealed of 47 million people who arrived at Pearson in 2017, between 10 and 15 million were international passengers.

“We have seen the highest percentage of international travelers in the past three years and among them, the majority are students,” said Robin Smith, GTAA Senior Advisor, Communications.

“It is happening due to a lot of factors, from the quality of post-secondary education, part-time jobs and many other advantages that Canada offers, compared to other countries,” Smith said. 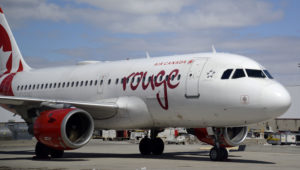 GTAA authorities are planning to initiate an outreach programme to raise awareness among the international students in Canada regarding the resources available at the airport. (Sai Durga Gona)

The GTAA has officially collaborated with various financial institutions in China to facilitate the international passengers at the airport, especially students who are coming to Canada.

“Certain countries are getting a lot of attention, as they are Canada’s majority of students and immigrants,” he said.

GTAA officials are planning to arrange pictograms, special booths for the international students at the airport that are easy to connect and understand.

“We are expecting a big surge this year, as the percentage has been increasing since 2016,” Desroches said. “We are certainly aiming to maintain the high standards in September.”

The GTAA team has decided to recruit more staff from July to September to cater to the needs of international students at the airport.

“These three months are busiest for us and we do make sure to facilitate everywhere at the airport with more staff to help the passengers by providing useful information,” Smith said.