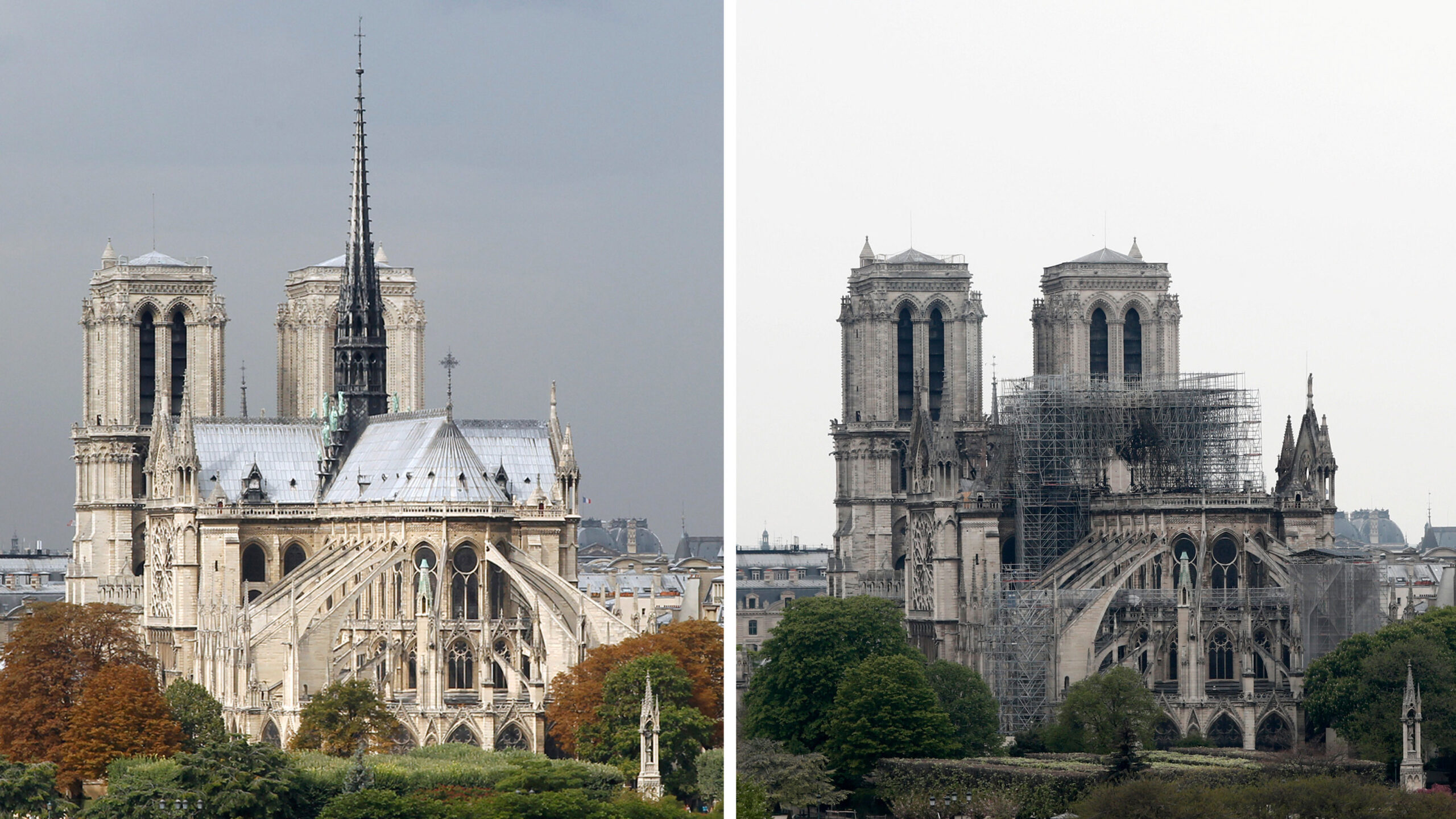 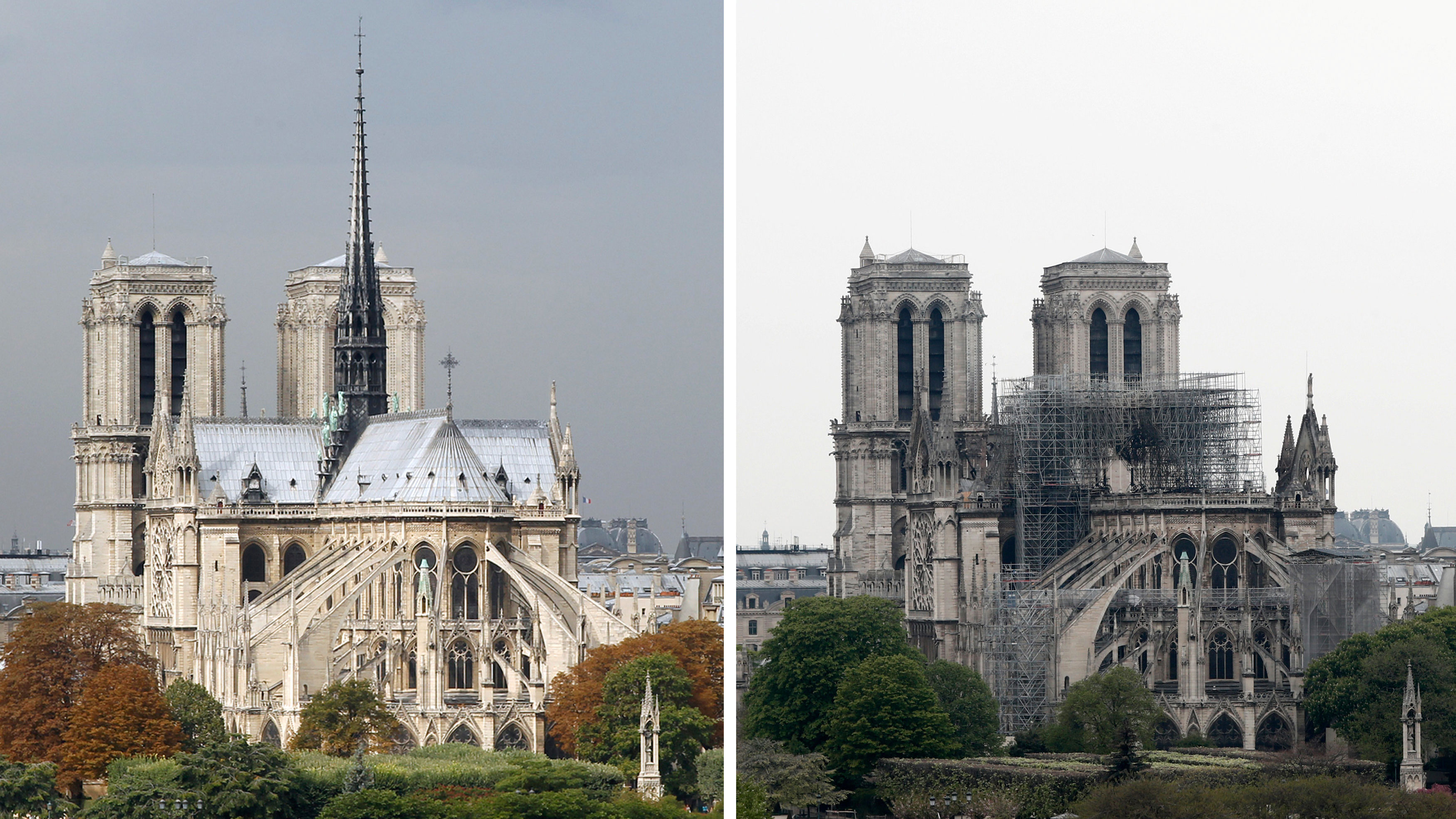 The hopes and prayers of Paris may have been heard as it seems all is not lost an for Notre Dame Cathedral, which was ravaged by fire Monday night after eight centuries as a beacon in the City of Light.

French President Emmanuel Macron spoke in front of the still burning fire and said “Notre-Dame is burning, and I know the sadness, and this remorse felt by so many fellow French people. But tonight, I’d like to speak of hope too.”

Macron announced the launch of a fundraising campaign and vowed the church will be rebuilt.

“Let’s be proud, because we built this cathedral more than 800 years ago, we’ve built it and, throughout the centuries, let it grow and improved it. So I solemnly say tonight: we will rebuild it together,” he said. 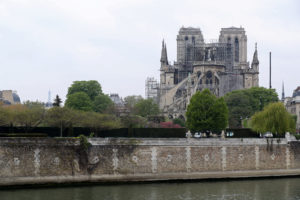 His son, William Plummer, said on Twitter, “My father and myself have decided to unblock a sum of 100 million euros from our Arternis funds to participate in the effort that will be necessary for the complete reconstruction of Notre-Dame.”

“In the wake of this national tragedy, the Arnault family and the LVMH Group pledge their support for #NotreDame. They will donate a total of 200 million euros to the fund for reconstruction of this architectural work, which is an integral part of the history of France.” pic.twitter.com/utvJT8xJht

According to AFP, Anne Le Breton, deputy mayor of the French capital’s 4th arrondissement (district) said The Fondation du Patrimoine — a French heritage organization — will launch a national fundraising campaign on Tuesday for the reconstruction of Notre-Dame.

Lisa Rochon, design director for CityLab, said the reconstruction of the Cathedral will take many years as they need to bring together experts, figure out what the damages are and how to make the very most urgent repairs so the building doesn’t further collapse.

“Going forward, [the] much bigger questions is about how to rebuild the spire,” she said. “Will it be an exact replica of what existed two days ago or will there be a new idea of design for the spire?”

The Cathedral was built in 1163 and took almost 200 years to build. Rochon said being built in the medieval area meant thousands of likely underpaid labours would hand cut the stones and hand-carve the wood.

“This type of craft is extremely rare these days,” she said. “The magic of the handcrafted, hand-cut stone and glass is gone. And it’s extremely difficult to revive that.” 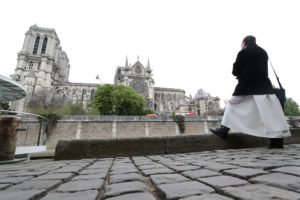 A Benedictine brother from the Czech Republic stands on the banks of the River Seine near Notre-Dame Cathedral after a massive fire devastated large parts of the gothic structure in Paris, France April 16, 2019. REUTERS/Yves Herman

Not all hand-craftsmanship was lost in the fire. Along with the hopes and prayers there was hard work and good luck.

New York Times Doreen Carvajal wrote “In a miracle of timing, the sculptures of the Twelve Apostles and four New Testament evangelists escaped a fiery end when they were plucked by cranes and removed just days before the blaze.”

From The Washington Post, it’s reported that other artifacts were saved from the fire by a human chain of firefighters.

James McAuley wrote “Among the items they salvaged, said French Culture Minister Franck Riester, was the crown of thorns followers believe was worn by Jesus before his crucifixion and a tunic once donned by Saint Louis in the 13th century — while Notre Dame was being built.”

French prosecutor’s are calling the cause of the fire an accident and have opened an investigation into “involuntary destruction by fire.”

Prayers from all over the world can be heard for Paris and Archbishop of Toronto, Cardinal Thomas Collins, said the fire at the cathedral is a great tragedy.

He said he prays for the people who are affected by this and prays they’ll be able to recover.

“When you see the flames coming out of the Cathedral of Notre Dame, the most famous cathedral in the world … it’s historic,” he said. “It’s an astonishingly important place historically, but of course it is the spiritual centre for those [in] Paris.”

According to CNN, early estimates are that it will cost billions to rebuild the Cathedral.

The true costs will come in the next few weeks once firefighters are able to contain the damages. 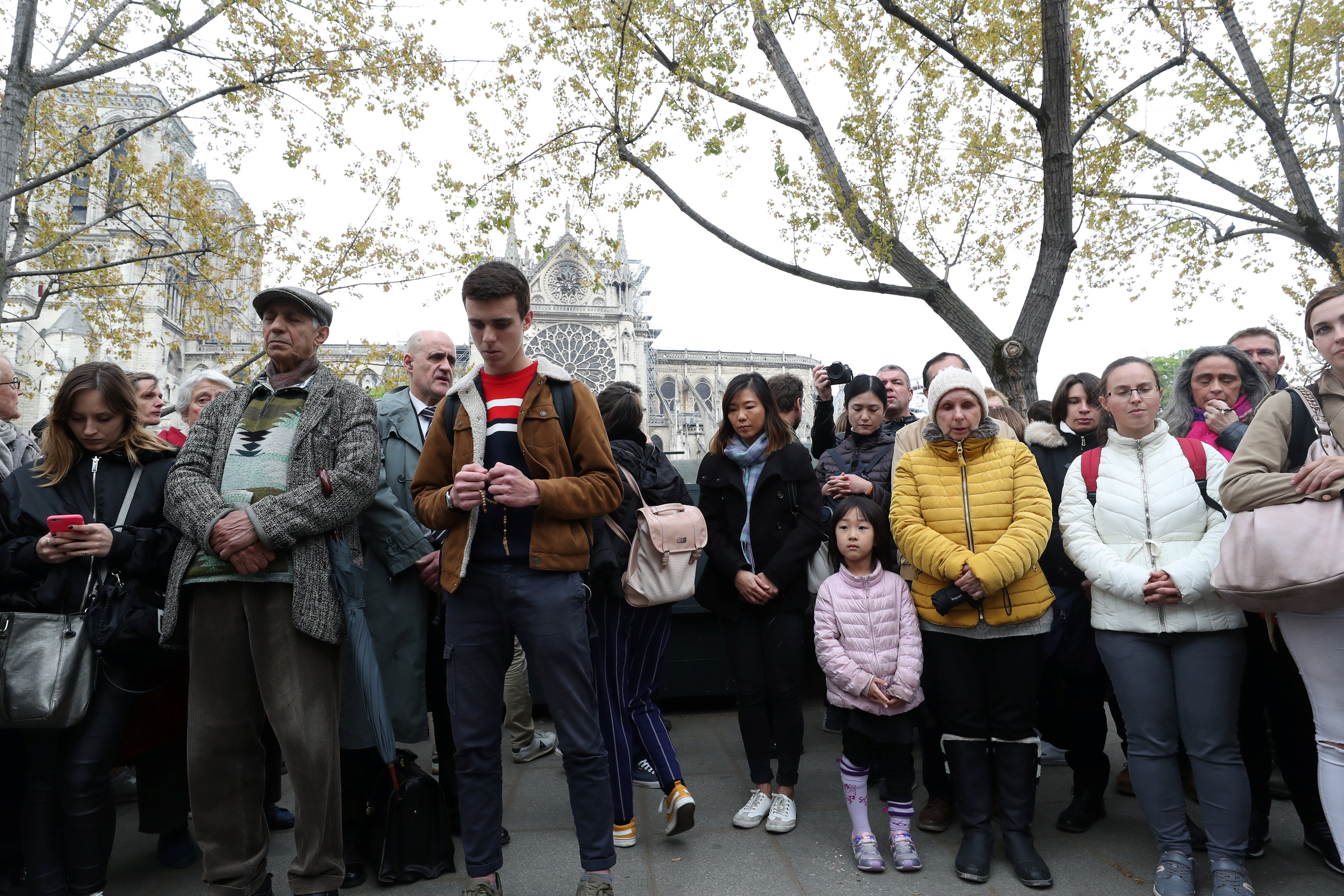