Flint continues to be ignored five years into the water crisis 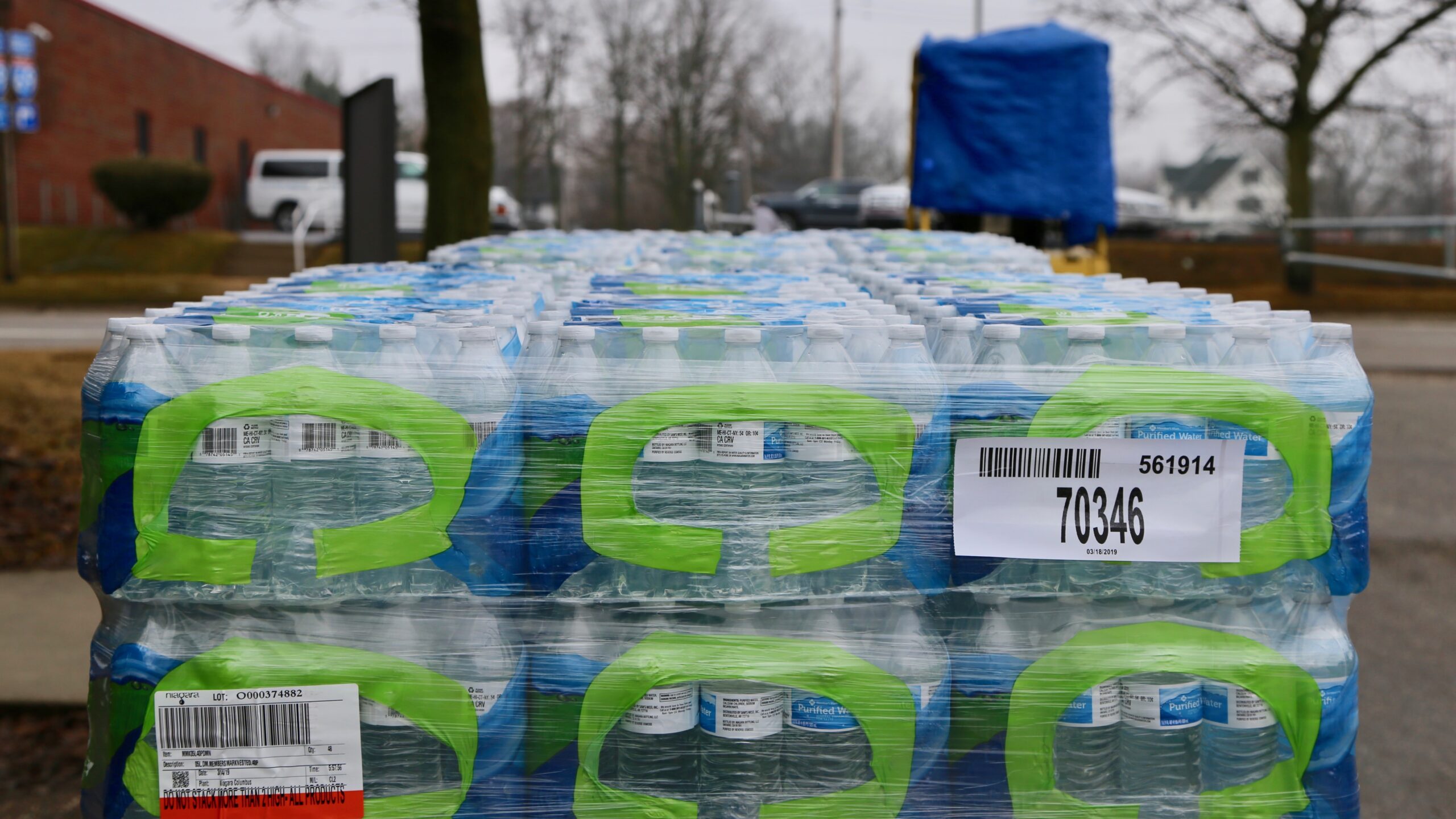 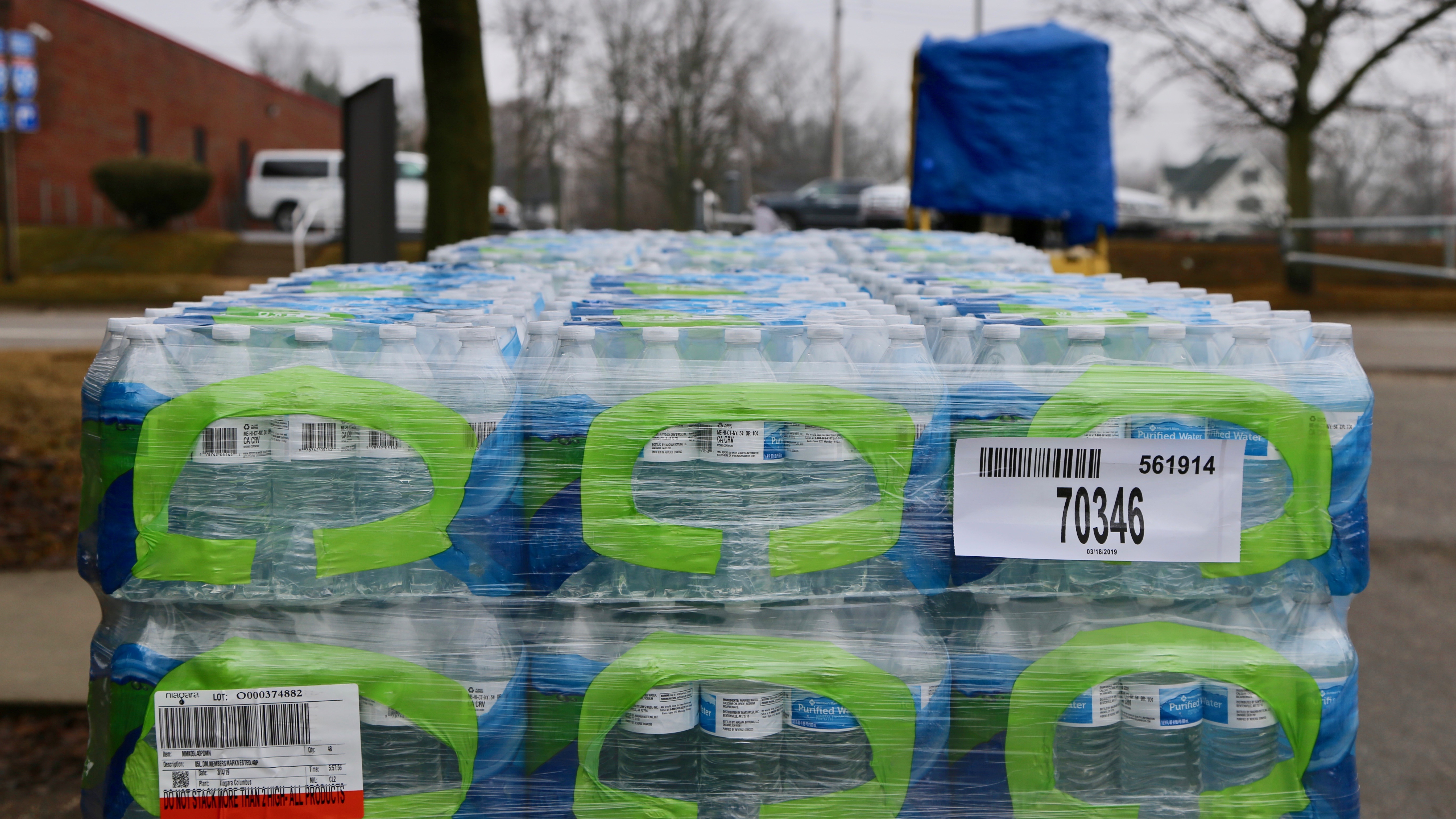 FLINT, Mich. — Photographer Bria Ferguson has an activist spirit about her. When she talks, her words demand attention. Five years ago, when lead-laden water changed life immeasurably for Flint citizens, Ferguson was one of the first volunteers who got involved in helping locals.

“When I heard of people complaining about orange and brown water, it was shocking but also a call to action,” Ferguson said. “Flint is a perfect example showing that something is really wrong with our priorities in this county.”

The water crisis gripped the city when it switched its drinking water supply to the Flint River while failing to add proper corrosion controls to prevent lead poisoning as part of a state cost-saving measure. 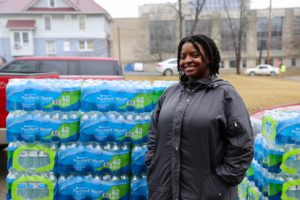 Photographer and activist, Bria Ferguson said the lead in the water is an example of the “lack of trust that defines our communities.” (Alireza Naraghi)

Five years on, the news coverage on the Flint water crisis has mostly dissipated, but Ferguson is still active in collaborating with Trinity Missionary Baptist Church, which, since 2016, has been providing the locals with bottled water through community-based direct action and donations.

“Leaving the sink running when I’m brushing my teeth, I can’t help but think about how some people in this country can’t do that,” said Ezra Tilman, a pastor and community activist instrumental in bringing attention to issues often ignored in Michigan.

The pastor has turned an empty parking lot at his church into a community organizing space where locals line up with their cars to get clean bottled water.

“This particular generation needs to understand the importance of citizen activism, the importance of going out and vote, and have an awaking,” Tilman said. “Because that’s the only way we could prevent leaving the future of this country in the hands of those who fail us, those who we cannot trust.” 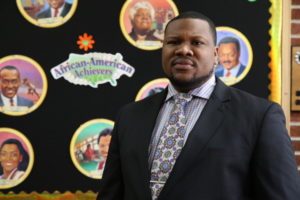 Flint was the birthplace of General Motors, the shining symbol of the nation’s industrial might. The city’s metropolitan region and surrounding counties boasted of being home to one of the fastest growing middle classes in the country.

Today, the city about 109 kilometres northwest of Detroit on the I-75 is a clear case of industrial decline.

With GM closing most of its plants in the latter part of the 20th Century, local jobs dried up, and with the loss of opportunity, the streets emptied of hope and filled with despair.

Currently, 41.9 per cent of Flint’s residents live in poverty — that’s 28.5 per cent above the average nationwide.

“When was America great?” asked Garry Payne, who has lived in Flint most of his life and was active as an organizer during the Civil Rights movement.

“How could you pretend this nation is great when it is ignoring the weakest segment of society throughout its whole history? As a black man, that’s the version of America I grew up to know,” he said. “We’re still fighting the same battles, man.”

Multiple government officials were criminally charged over their roles in the contamination, but for the roughly 100,000 people who live here, “not much has changed.”

“The fact remains that people are still afraid,” Vietnam veteran Enix Wright said. “They say [the water] still smells, it’s still giving us rashes, headaches … my kids won’t go near the water because of post-traumatic issues.”

According to the World Health Organization, exposure to lead at an early age “affects children’s brain development resulting in a reduced intelligence quotient (IQ), behavioral changes such as shortening of attention span, increased antisocial behavior, and reduced educational attainment.” 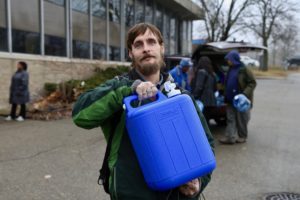 The risk of a similar disaster is vast across the U.S. More than 5,000 community water systems have violated the Environmental Protection Agency (EPA) lead and copper standards, according to the Natural Resources Defense Council in 2016.

Meanwhile, President Donald Trump has overseen an all-out onslaught against environmental regulations, and in the fiscal 2020 budget proposal to Congress, the administration is aiming for a 31 per cent reduction in the EPA budget.

“The water crisis in Flint has deep racial and socioeconomic dynamics, highlighting the broader problem of environmental injustice,” said Alex Pasty, who worked at the GM plant for 28 years.

“Politics, economy, decency, all broken in this country,” Pasty said as he looked down and added, “Trump’s presidency is just a crude example of it.” 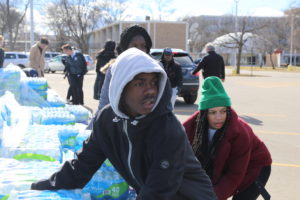 Despite all the problems in Flint, the town has maintained a visible warmth, friendliness, and a deep sense of community. Locals are proud and not moving.

For many of them, the thought of moving is even silly, because if asked, the answer is often the same: “This is home – my family is still here.”

For Ferguson and many activists like her, the routine since contaminated water moved through Flint’s pipes has remained the same. She drives to the church and provides the locals with clean water, and as she puts it, “working for a common good.”

“Whether black or white or whatever the race may be, we have proven that we are stronger when we come together, rather than rely on the president’s office,” she said.

“At the end of the day, we are all human. The resiliency in this community gives me hope and energy to continue,” Ferguson said, unflinching. “We can’t let people forget what happened here.”