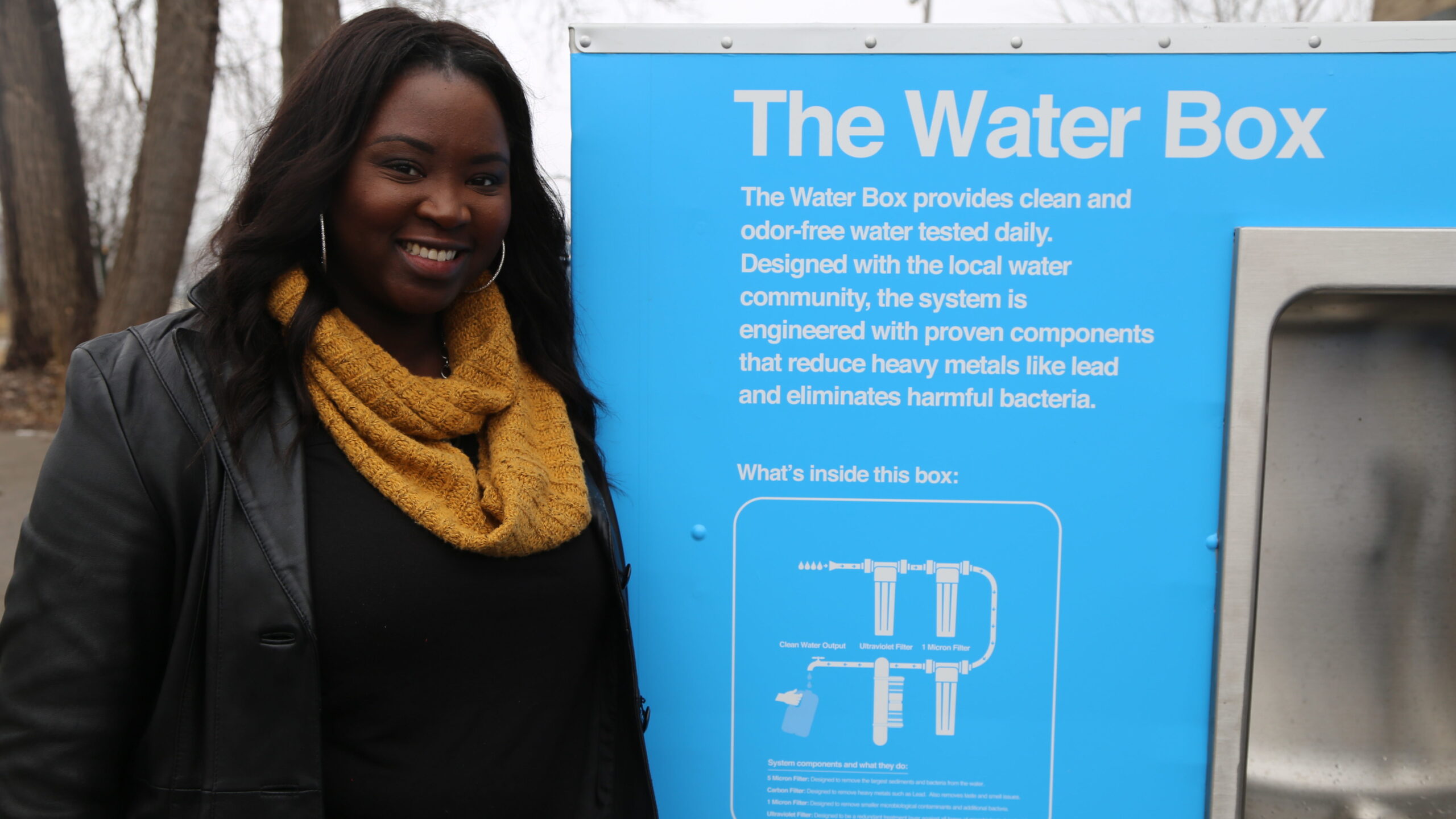 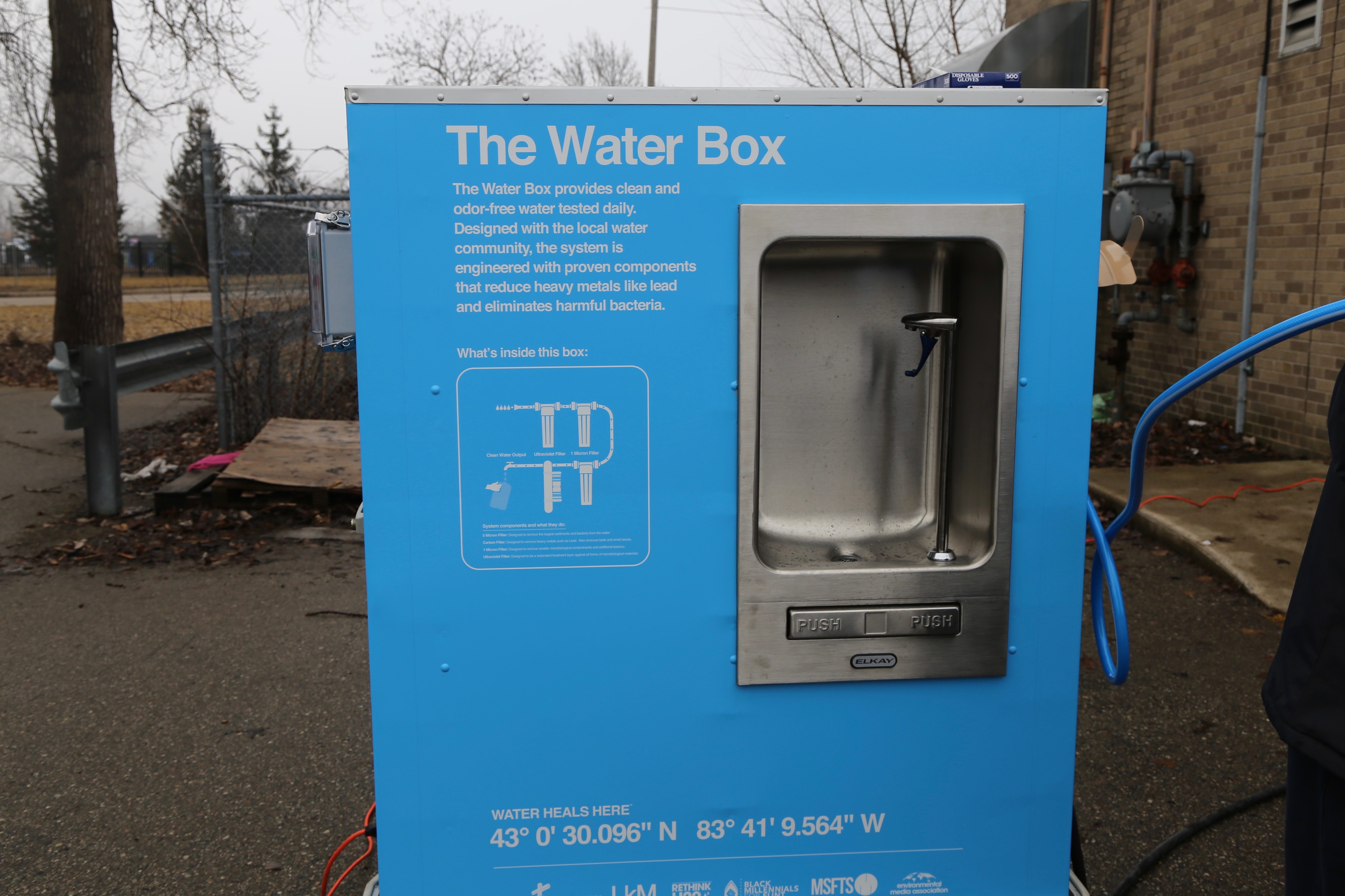 FLINT, Mich. — A steady stream of cars start rolling into the parking lot of First Trinity Baptist Church in downtown Flint just after 10 a.m. on a cold and foggy Thursday morning.

Volunteers man their positions beside pallets of bottled water, ready to load the cases into trunks and backseats of waiting vehicles, some of which have been lined up for nearly two hours.

Since the state’s decision to cut publicly-funded bottled water in April 2018, Flint residents have relied heavily on donated water supplied through First Trinity Baptist Church and other private organizations.

The state says the water is now clean and the city offers free water filters, but nearly 75 per cent of households are still waiting for pipe replacements. That doesn’t inspire confidence in residents, given the lack of transparency by government officials — it took about eight months for officials to announce the water was contaminated.

But First Trinity Baptist Church does inspire trust, and their recent partnership with celebrity Jaden Smith, through his organization 501C3, with Last Kilometer and Rethink H20, has brought a beacon of light to the community in the form of the Water Box. 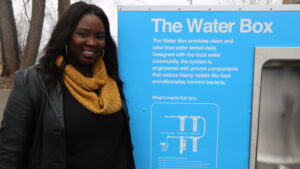 “They came to us because of the work that we had already been doing in the community,” said Catrina Tillman, first lady of First Trinity Baptist Church. “They heard about how we were on the front lines of this water crisis and that we’ve been giving out water for the past four years, every week.

“And so, they came to us in a very organic way, just to say, ‘what can we do to further your water mission?’” she said.

Tillman said they sat down collectively to look at what the church was already doing and how they could service more people in the community, eventually coming up with the Water Box.

“The Water Box is a portable water filtration system that is sustainable in producing clean water,” Tillman said.

The box, which hooks up directly to the water source, is capable of filtering 10 gallons of lead-free water per minute, providing residents with access to much larger quantities of water at a much quicker rate, she said.

And, possibly most importantly, the water is tested weekly for lead and other bacteria onsite, as well as by a third-party lab not affiliated with Flint, Tillman said.

Smith, who donated the first Water Box to the church, and whose mother Jada-Pinkett Smith has already promised a second, visited Flint in early March to unveil the project.

Brea Ferguson, the church photographer, attended and said it’s somewhat sad that it took someone from outside Flint to help, but that Jaden Smith’s involvement inspired her.

She said Smith kept his visit and the narrative focused on the people of Flint and the Water Box, not on himself or his celebrity. 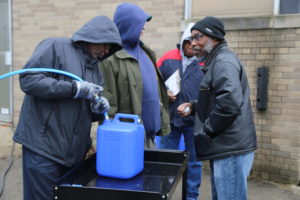 He was involved in the process every step of the way and showed residents how the Water Box worked and how the testing was administered, she said.

“I think Jaden, he just comes with a name. I feel like he would have given whatever he could, whether he was famous or not,” Ferguson said.

More than anything, nearly five years later, it’s a gesture that told the people of Flint they haven’t been forgotten.

“A lot of people outside of Flint are getting a false narrative that there is no water crisis, and there is,” Tillman said. “We are in crisis mode.”

The Water Box, which will be used in conjunction with donated bottled water, delivers peace of mind to residents that words from the governor and a filter from the city can’t.

“It’s saying, ‘we see you,’” Ferguson said. “When he came down here it was like ‘I see you, I acknowledge what’s going on with you and I want to help you.’”