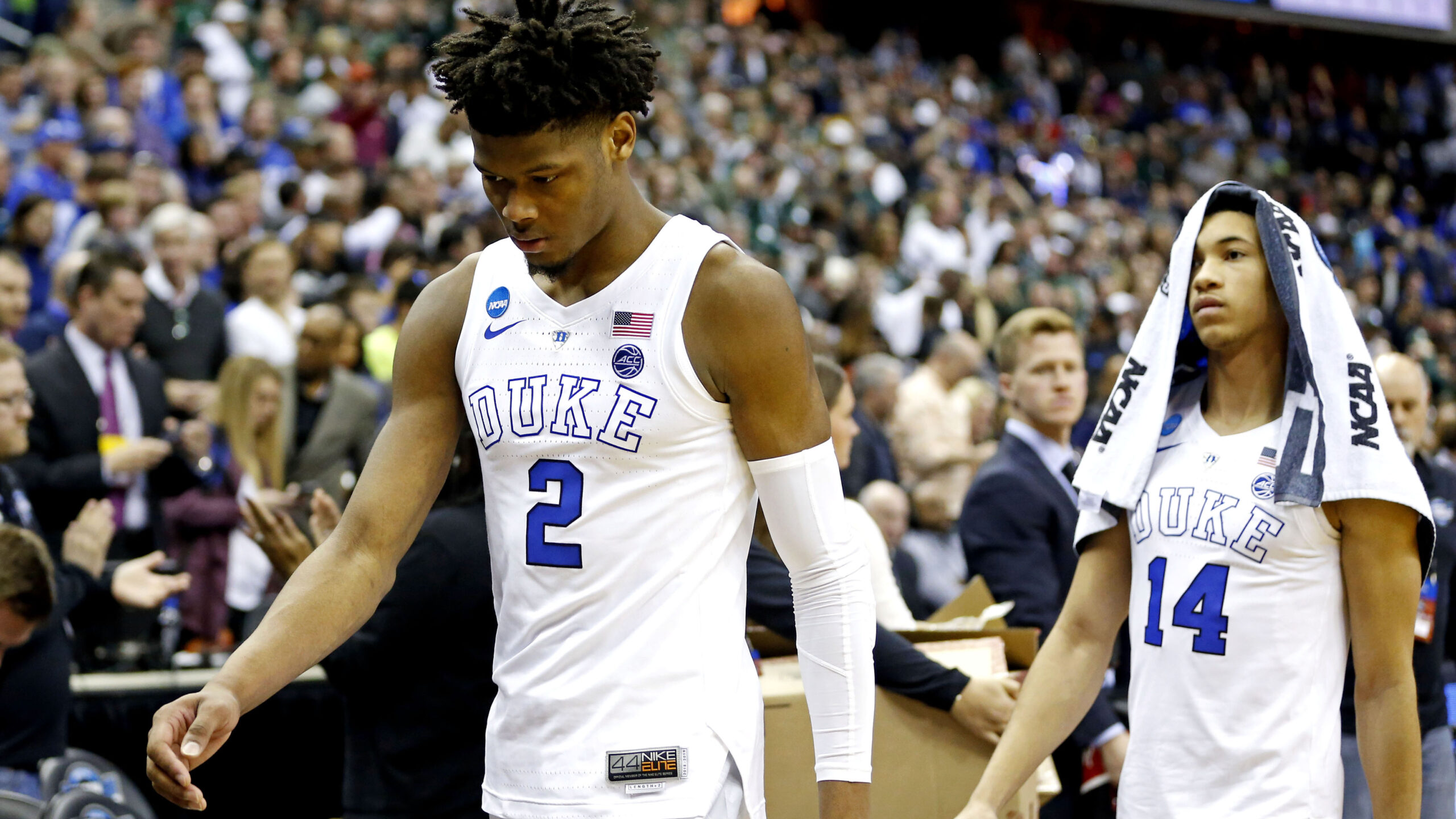 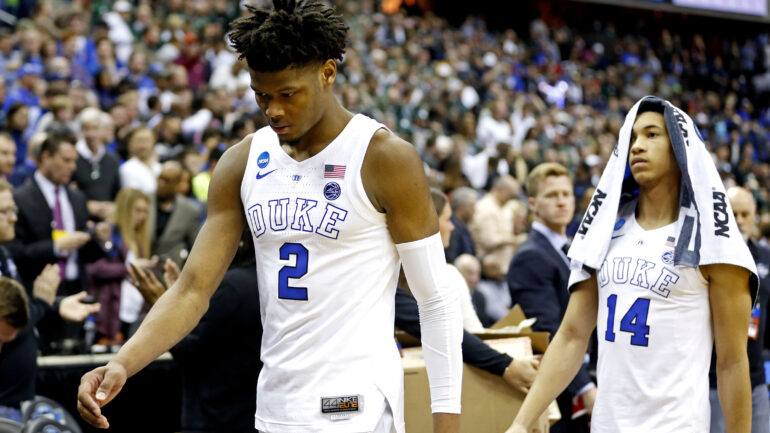 Duke Blue Devils forward Cam Reddish (2) and guard Jordan Goldwire (14) walk off the court ofter losing to the Michigan State Spartans in the championship game of the east regional of the 2019 NCAA Tournament at Capital One Arena.(USA TODAY Sports/Amber Searls)

The NCAA’s TV ratings might drop now that the top seeded Duke Blue Devils were defeated on Sunday by the Michigan State Spartans in the Elite Eight round of March Madness.

The game came down to the final seconds when Canadian star RJ Barrett missed the first of two free throws that would have tied the game. Duke lost 68-67.

“There’s no question that a little bit of the magnetism of this year’s NCAA tournament is gone now that Duke is out,” Dave Zarum, Sportsnet’s NBA editor said.

According to ESPN’s pool, Duke came in to the tournament as the favourite to win it all with 53.6 per cent of brackets picking them to make the finals.

Michigan State, in comparison, was only picked in 18.6 per cent of brackets to make the Final Four.

Michigan State will go on to play third seeded Texas Tech in the Final Four this Saturday.

The other schools making up the Final Four are Auburn against the last remaining one seed Virginia.

As for Duke, the season’s hype is done and the Zion Williamson era is most likely over too. 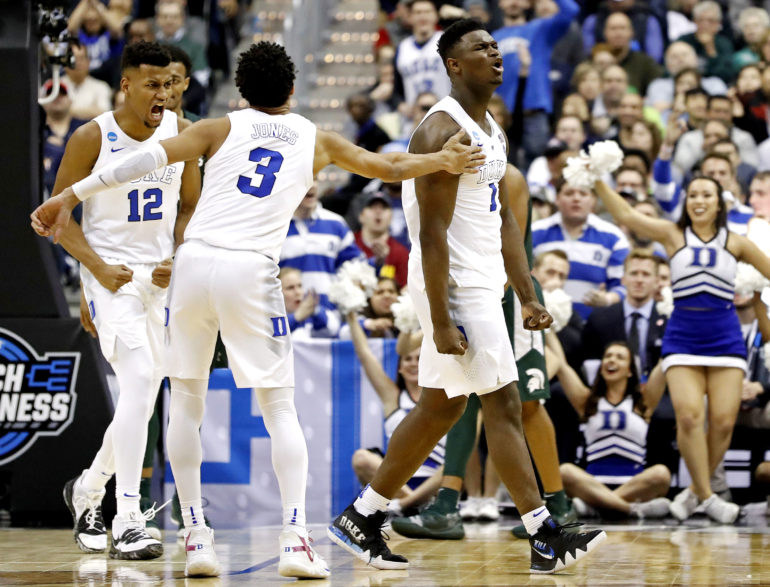 Duke Blue Devils forward Zion Williamson (1) reacts after a play during the second half against the Michigan State Spartans in the championship game of the east regional of the 2019 NCAA Tournament at Capital One Arena. (USA TODAY Sports/Geoff Burke)

Michael Grange, lead basketball analyst for Sportsnet, said “Duke had a story line that everyone could get excited about as their freshman class was so special.”

“Zion and RJ came into the season with as much hype as any freshmen, and managed to surpassed it from day one. Those two were the buzz of college basketball all season,” Zarum said.

College superstar Williamson is still undecided whether to enter the NBA draft this summer.

“He’s coming into the NBA being heralded as the most promising and coveted prospect since LeBron James — from both an on-and-off the court perspective,” Zarum said. 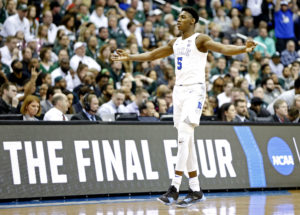 Duke Blue Devils forward RJ Barrett (5) races after a basket during the first half against the Michigan State Spartans in the championship game of the east regional of the 2019 NCAA Tournament at Capital One Arena. (Amber Searls-USA TODAY Sports)

Teammate RJ Barrett is also a highly touted prospect for the NBA but Williamson gets more national attention.

“To an extent that over-shadowed Barrett’s accomplishments, which were record-setting and also meant that Barrett suffered in comparison – no matter what he did people could point to Zion’s numbers and argue they were better,” Grange said.

But both analysts agreed that Zion’s fame helped Barrett in a way by giving him national exposure that he might not have gotten.

If both players enter the draft, Zion will be the surefire first overall pick, but Barrett is ranked at third overall by Grange and Zarum.

“The fact is [Barrett] is not the calibre of prospect that Zion is,” Zarum said.

“There will be many more RJ Barrett’s, but I don’t know the next time we’ll see a prospect like Zion Williamson.”