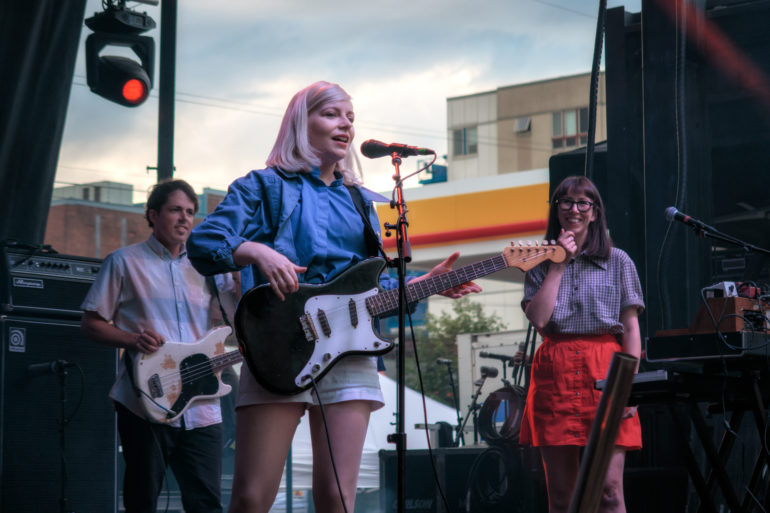 A portrait of Alvvays, the band playing at the Capitol Hill Block Party in 2018. The band is represented by Royal Mountain Records, an indie record label that set up a fund for its artists to help cover costs for mental health and addiction support. (Flickr/David Lee)

A recent East Coast Music Association (ECMA) survey of musicians and industry professionals showed 40 per cent of the respondents had been diagnosed with a mental illness in their lifetime.

The online mental health and wellness survey — the first of its kind in Canada — was sponsored by ECMA, a non-profit organization in Atlantic Canada, among musicians on the east coast between May and August 2018.

Of the 50 musicians and other professionals in the music industry in Atlantic Canada who took the survey, 60 per cent said they had an undiagnosed mental health disorder, according to the results released April 15.

There is a cultural image of the tortured artist, of the tormented musician, that is a volatile genius mired in all manner of substance abuse and mental health issues. Think of the mythology surrounding Jim Morrison, Kurt Cobain and Amy Winehouse, or a poet like Sylvia Plath.

But this image seems to romanticize mental illness for artists. And music label owner Menno Versteeg doesn’t want to be romantic about it.

“It’s kind of a chicken and the egg effect,” Versteeg said. 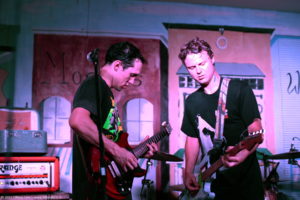 Versteeg played in a touring rock band for 20 years. He is guitarist and lead vocalist for Hollerado, a band from Ottawa.

Now, he runs his own record label, Royal Mountain Records, which made headlines in February for starting something revolutionary. It created a fund for the artists it signed.

“It’s just a fund that I started that gives every band in the label $1,500 to use toward their mental health care,” Versteeg said.

This fund is non-recuperable, meaning that the artists do not have to pay it back if they make use of it, he said.

Versteeg said at the moment, the fund is allocated to each band as an entity, as opposed to every individual in the band.

“Obviously, I’d love to have it so that every individual member has full coverage, but this is what I can do to start,” he said.

Royal Mountain Records is not going to push any artist to make use of the fund.

“When people are ready for it, I want to make it as easy as possible,” Versteeg said, referring to using the fund to help pay any health-related expense.

Versteeg hopes to raise awareness for the need for mental health support for musicians by doing interviews and speaking to the press.

“I just want to tell people what I’m doing, and they can make their own decisions about what they want to do,” he said.

Versteeg does not want to pontificate. Throughout the interview, his thoughts remained practical and to the point. He was not mythologizing.

“For musicians in particular, the conditions of being on the road and being a musician, they lend themselves to exacerbating these kind of issues,” he said, talking about mental health and substance abuse issues. 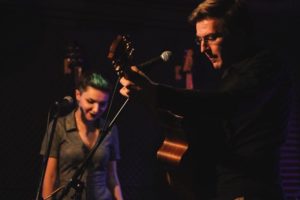 Nicole Dionne and Chris Blachford make up Chris & Nicole, a Toronto-based indie folk duo. Their next performance will be on May 24 at Supermarket Toronto. (Chris Blachford)

“Late nights, being around enablers, lots of alcohol and drugs, and really emotional performances, like having to put yourself on a stage every night,” he said. “It’s tough stuff.”

Toronto-based folk musician Chris Blachford is part of the duo Chris & Nicole but also holds down a full-time job.

“You write something to document where you are, and you kind of forget about it sometimes,” Blachford said. “And then sometimes you play that song at a show, and it brings you back to that place,” Blachford said.

If, according to Blachford, playing a certain piece at a show transports the musician to where they were when they wrote it, then, as Versteeg said, performances every night on tour would take an immense emotional toll on an artist. 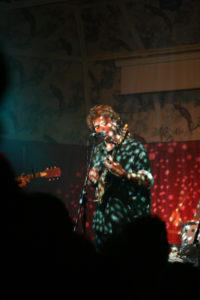 Mac DeMarco performing in 2012. DeMarco is represented by Royal Mountain Records. Menno Versteeg wants to treat the musicians on the label as he would want to be treated. (Flickr/Matt Crabtree)

In addition to the psychological strain that is attendant to being a working musician, there is a physical one as well.

“Most musicians I know can’t afford to go to the dentist,” Versteeg said.

“There’s a really hard time in all musicians’ careers [when] your career gets going as a musician and it’s a full time job, and you have to be on the road all the time. But you don’t really make a lot of money. You’re just not losing any money. So you’re getting your hotels and your rides paid for, and your food.”

But, because of the constant touring, “you can’t work a job,” he said. “And people have health troubles during those times. You have to borrow money form a friend or from a parent, or just go without. I have known many musicians who have had teeth just fall out on the road.”

“It’s a problem with our social healthcare system,” Versteeg went on.

“In Canada, we brag about how good it is to everyone, but we don’t cover so many things that are basic. Mental health, or dental health, or physiotherapy. People need to be healthy, to live a healthy productive life, and I think that the government should pay for it.”

Of the 50 respondents to the ECMA survey, 25 per cent said they made less than $10,000 per year. According to the Canadian Mental Health Association (CMHA), lower incomes can lead to poor mental health.

“The ethos of the label is to treat the bands how I want to be treated,” Versteeg said. “And I hope to continue to do that.”

In Toronto, outside of Royal Mountain Records, there is Stella’s Place.

Stella’s Place is a mental health centre that provides “peer mental health support for people aged 16 to 29,” Blachford said. This is a key demographic, he said. “I know a lot of musician friends in my community are certainly in that age bracket.”

“To have some place where you can go to talk to people, and not just resort to the internet’s unfiltered opinion, is such a positive thing for Toronto,” he said. 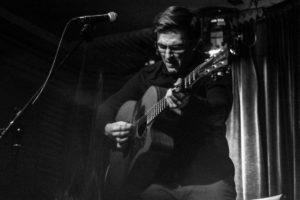 “It’s hard not to get swayed by what resonates with people,” Blachford said. “I think now I’m a lot more stubborn.” (Chris Blachford)

Blachford is referring to what the internet audience might have to say about a musician’s work, which is oftentimes very personal.

“I think it’s important to be aware of what people like,” Blachford said. “But I think it’s more important to still sprinkle in things that you don’t care what people think about. It’s the only way you’re going to feel like you’re putting out something that is really you.

“If we didn’t have each other, I don’t know who we’d have,” Blachford said, talking about the community of musicians that envelops him in Toronto.

“But, to me, doing the right thing is more important,” he said.