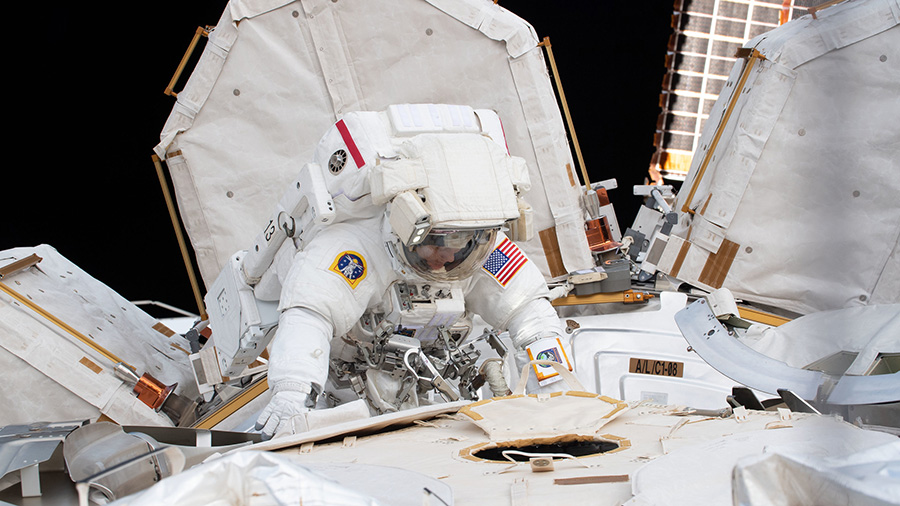 Saint-Jacques has been on the International Space Station for months, but April 8th marks his first spacewalk ever, accompanied by NASA astronaut Anne McClain.

“The spacewalkers set their spacesuits to battery power this morning at 7:31 a.m. EDT then exited the Quest airlock into the vacuum of space,” NASA wrote on their website.

Here is video from NASA Livestream of the astronauts working outside of the station:

The goal of the spacewalk was to work on alternative power sources for the Canadian-made robotic arm known as Canadarm2.

Canadarm2 is the 17-metre-long arm that ‘plays a crucial role’ in the laboratory maintenance, according to the Canadian Space Agency.

“Today’s spacewalk will work to establish a redundant path of power to the Canadian-built robotic arm, known as Canadarm2, and install cables to provide for more expansive wireless communications coverage outside the orbital complex, as well as for enhanced hardwired computer network capability,” NASA wrote on their website.

After it’s done, there will be no more need for spacewalks to make repairs to the station.

NASA said the walk, which is a part of a broader project to improve the power system, is expected to take 6.5 hours.

This is the 216th spacewalk in support of space station assembly and maintenance, and the third one in under a month.

Saint-Jacques, a doctor, engineer and astrophysicist, blasted off from Kazakhstan along with McClain and Oleg Kononenko of Russia in December.

Saint-Jacques is the first Canadian astronaut to travel to space in six years since Chris Hadfield in 2013.

Anne & David are about to crawl out of their ship into space. Watch live here: https://t.co/m5VMb24UiP pic.twitter.com/ce01v1y2i8