Canada Reads 2019 honours the stories of those who have suffered 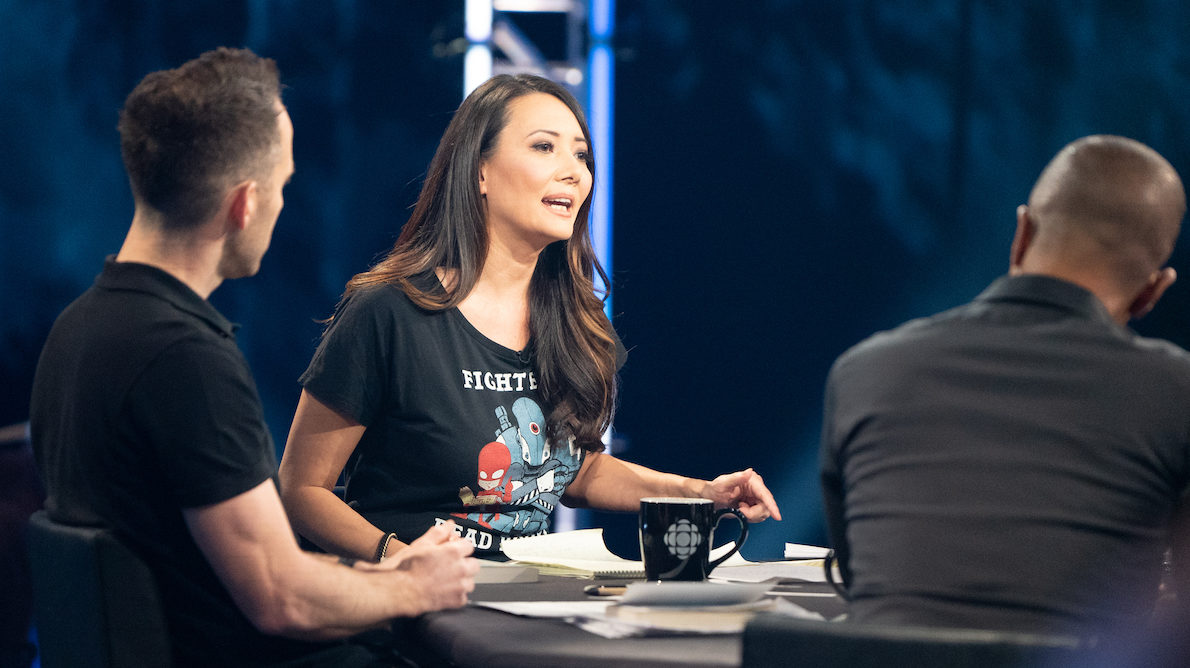 Chuck Comeau (left), Ziya Tong (centre), and Yanic Truesdale (right) at the Canada Reads 2019 debate on March 28 at the CBC studio in downtown Toronto. They were among five contenders who voted for the book that all Canadians must read this year. (CBC/Sinisa Jolic)

CBC hosted Canada Reads 2019 last week which featured a competition for an important novel that Canadians must read this year.

The event took place at the CBC studio in downtown Toronto from March 25 to 28.

It was moderated for the third year by Ali Hassan, a comedian and host of CBC Radio’s One Laugh Out Loud.

On the first day, each contender entered the competition with a book of choice they believed should win the contest. One book was eliminated each day by the group through a casting vote.

The theme this year was one book to move you.

“Every single one of our books on this table has something in common, they all represent underrepresented and marginalized voices, whether it’s the voices of youth or women or people living in different circumstances, even mental health,” Tong said.

On Thursday, the last day of the event, the final two contenders were faced with the challenge of convincing the other panelists why their book should triumph over their opponent’s.

“I’m going to ask you the same question that I asked you on day one,” Hassan said. “Why should the book that you are defending win Canada Reads? But I want to ask you that question as you think about what has changed over this week of debate and over the course of everything that you’ve learned.”

Joe Zee, a fashion journalist, TV personality, and celebrity stylist, defended The Woo-Woo by Lindsay Wong. His book was voted off on the first day of debates.

The Woo-Woo is a memoir about mental health in the Chinese community and the effect of mental illness on the author’s family.

“If you just wake up and you feel a little blah, what do you say if you don’t know how to say it and who to say it to?” Zee said. “The reality is there’s many faces to mental illness and depression.”

Zee said there is no word or character in the Chinese language for mental illness or depression which means not only is it not acknowledged in the language, but it’s ignored in the culture too.

Lisa Ray, a model, actress, and TV host picked Brother by David Chariandy as her book to win the competition. She lost the competition on day three when her book was voted off by the other contenders.

Brother is a novel about growing up in Toronto as a person of colour and touches on themes of discrimination, pain, and interpersonal relationships.

“The theme this year is one book to move you and I do believe that in order to be moved, we have to go to uncomfortable places and that is something that Brother does do,” Ray said.

Yanic Truesdale, a French and English actor, chose Suzanne by Anais Barbeau-Lavalette. It was eliminated on day two of the competition.

Suzanne is a non-fiction novel blended with fiction aspects as the author reflects on the life of her distant grandmother. It was originally written in French but was translated into English by Rhonda Mullins.

“Suzanne’s story is pretty much a woman who was running away from a commitment to anybody or anything because she wanted to be free,” Truesdale said. “The conclusion of the book is very much that we can be free, have a family, and create.” 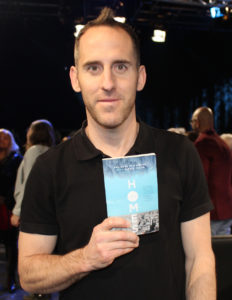 Chuck Comeau after the debate at Canada Reads 2019 on March 28. Comeau’s book of choice, Homes, was one of the final two contenders in the competition. (Stefanie Ucci)

Chuck Comeau, a supporter of issues affecting youths, and drummer of the rock band, Simple Plan, defended the book Homes written by Abu Bakr al Rabeeah and Winnie Yeung. It was one of the final two on the last day.

Homes is a memoir about al Rabeeah’s childhood experience living in Iraq and Syria while they were being bombed. Mosques, schools, and cars were targets of attacks. He shared his story with Yeung who wrote the novel.

Hassan gave Comeau and Tong 60 seconds to make an opening argument about why their books should win the competition.

In his argument, Comeau said that Homes “is a small miracle.” His passion for the book was sparked by the recent increase in violent hate crimes against Muslim people which he said increased by 150 per cent in Canada in 2018.

“In just over 200 pages, it finds hope in a hopeless place, it proves that love is stronger than hate, it makes us root for people we usually ignore,” Comeau said. “It brings us closer together and it helps us understand each other, it inspires us to be better.”

Ziya Tong, a TV host and author of an upcoming book, The Reality Bubble, chose a novel called By Chance Alone written by Holocaust survivor, Max Eisen. It was one of the final two in the competition.

By Chance Alone is a memoir about Eisen’s life as a teenager when he was taken from his home in Auschwitz. He moved to Canada after surviving the Holocaust and he shared his horror stories of the war in his novel.

During her opening argument, Tong said By Chance Alone is, “an unparalleled account of an orphan teenager who becomes an adult in the midst of a genocidal nightmare.”

There were four rounds of debates amongst the contenders, which featured Comeau and Tong convincing the others why they should vote against their opponent’s book, and how their books will move readers to actually take action.

Following the debates, each person voted on a book to eliminate from the competition. The book with the least number of votes against it would become the winner. 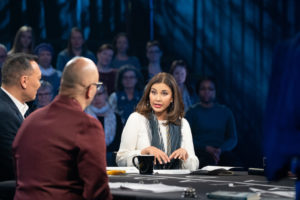 Joe Zee and Ali Hassan (left), and Lisa Ray (right) during the debate at Canada Reads 2019 on March 28 at the CBC studio in downtown Toronto. Ray shared why her book of choice, Brother, should still be read by Canadians even after being eliminated the day prior. (CBC/Sinisa Jolic)

Tong and Zee voted to eliminate Homes and Comeau and Ray voted against By Chance Alone. Truesdale’s ballot broke the tie and he voted against Homes.

That made By Chance Alone by Max Eisen, the winner of Canada Reads 2019. Tong could barely hold in her tears as she expressed joy and gratitude to the panelists for voting for her book of choice.

“When you buy this book, Max is the only author here who is donating most of the proceeds and they are going to youth groups to promote peace, tolerance, and respect amongst people,” Tong said after her win. “So you will not only be affecting one young person, you will be affecting tens of hundreds of thousands.”

CBC surprised Tong with a phone call from Eisen to congratulate him for his win.

“These are the last of the Holocaust survivors. I can guarantee you there’s not going to be another memoir like this perhaps in the world but especially not in Canada,” Tong said. “These voices are entirely fading away, this is Max’s last chance right now, there has never been a more important time.”