Washington Capitals teammates back out of White House visit 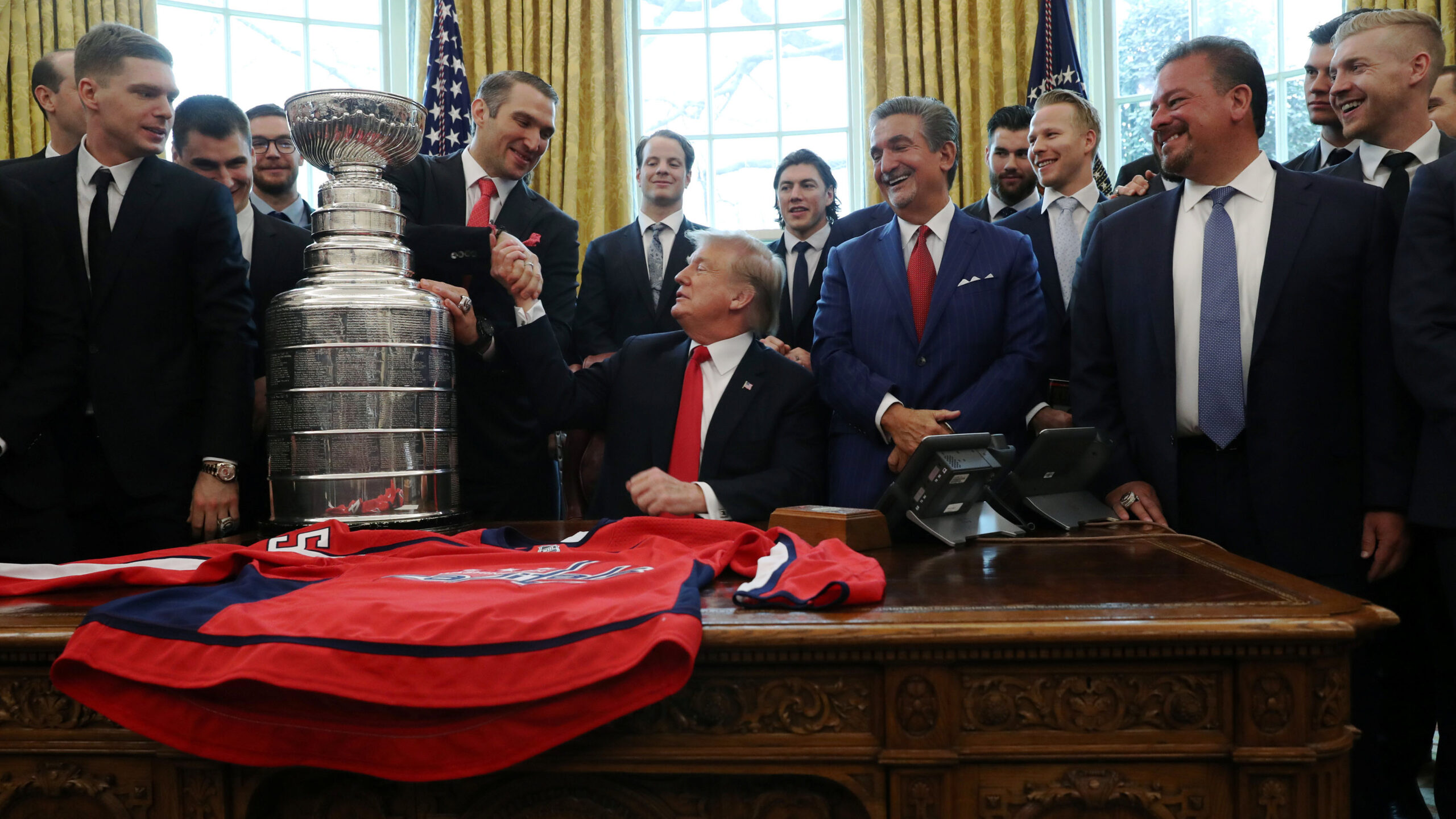 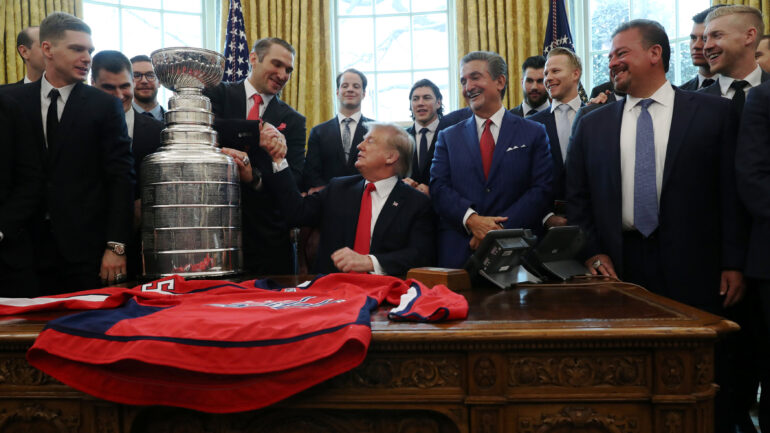 It has been over nine months since the Washington Capitals won the Stanley Cup but they finally made the annual championship team’s visit to the White House on Monday, without a few teammates who were M.I.A.

The 2017-2018 Stanley Cup Champions, including players, coaches and the owner had a private tour of the White House and a meeting with U.S President Donald Trump without Canadian players Braden Holtby, Brett Connolly and Devante Smith-Pelly.

Smith-Pelly announced before they won that he would not be visiting the White House because of derogatory statements Trump has made about people of colour.

Connolly stayed away in support of teammate Smith-Pelly, and Holtby took a pass because of his values and belief in equality.

“In a hockey culture where the default is to go along with the team, it took guts for them to adhere to their own values and not be photographed with a leader who’s failed to be inclusive of women, the LGBT community and people of colour,” said Luke Fox, NHL writer for Sportsnet.

Winning teams not attending the White House has become a little bit of a trend since Trump was elected as President in 2016.

“As long as Trump is in the White House, I believe there will be a couple detractors,” Fox said.

Big name players in the NBA and NFL have used their platform and voices to display their political views.

When the Golden State Warriors won the NBA Finals in 2017, Stephen Curry said he would not visit the President. Trump then revoked his invitation to the team in a tweet directed at Curry.

Going to the White House is considered a great honor for a championship team.Stephen Curry is hesitating,therefore invitation is withdrawn!

Trump also cancelled the visit of the Super Bowl Champion Philadelphia Eagles last June after a few players -along with social justice advocate Malcolm Jenkins- had already declared they will protest by not attending.

The White House claimed the Eagles could not attend because they do not agree with the President’s statement about the need to stand for the national anthem before games. As many other players did to protest in years past.

Jenkins took to social media to prove that no Eagles players knelt during the anthem.

The NBA finals were also going on between the Golden State Warriors and Cleveland Cavaliers during that time.

The superstars from both teams, Stephen Curry and LeBron James, both said they will not visit the President if their team wins, and both have been public about their political views in the past.

Fox said it is not as common for hockey players to back out of these visits.

A notable example in hockey was when American Tim Thomas of the 2011 Stanley Cup Champion Boston Bruins declined to visit President Barack Obama in the White House, citing political differences with the federal government at the time.

“What could be interesting is if a Canadian team actually wins the Cup — would the team even be invited?” Fox said.

With the NBA and NHL playoffs around the corner, it is only a matter of months until new champions are crowned and political decisions are made.