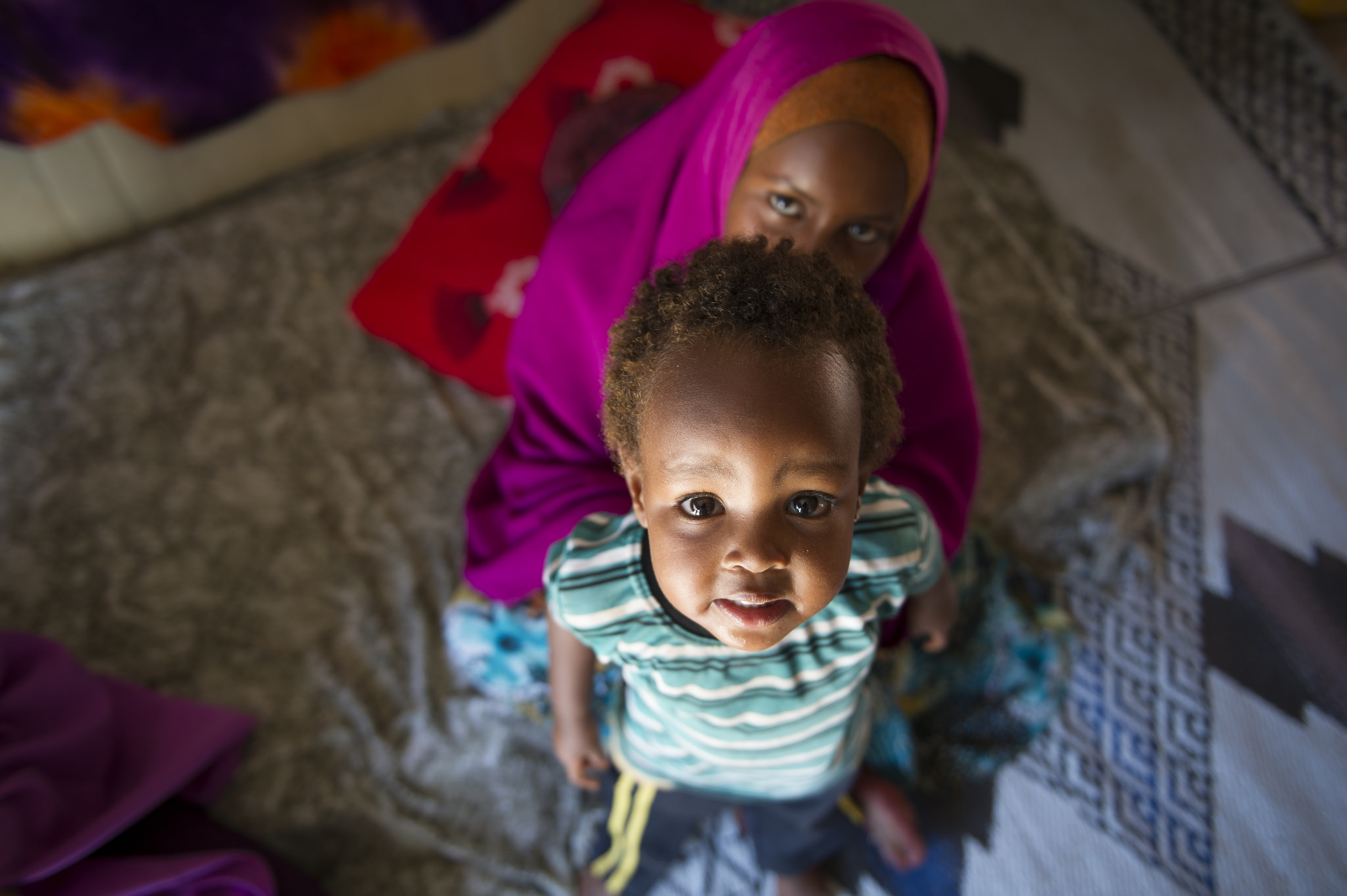 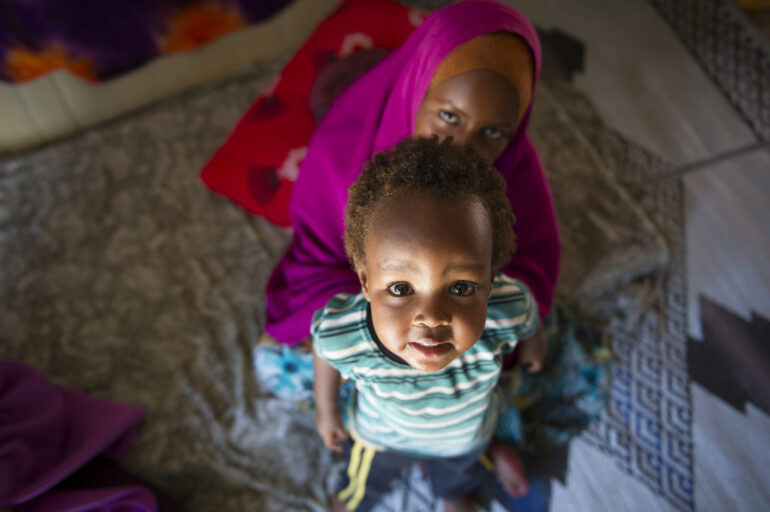 Portrait of Ifrah Abdulle and her daughter Nasri in their shelter at Walala Biyotey IDP. Ifrah underwent FGM at the age of 8 and she suffered an infection. (AU UN IST PHOTO/David Mutua)

A UNICEF report looking at data from 29 countries where female genital cutting is practiced showed an overwhelming majority of women and girls want the practice to end in their countries.

In the West, where female genital cutting is not culturally prevalent, citizens and organizations want to put a stop to it, but good intentions can sometimes be more damaging than helpful in this case.

A news release produced by Hamilton Strategies, which briefly summarized the 2013 UNICEF report on the statistics surrounding female genital cutting (FGC), referred to the practice as “a brutal tradition.”

The UNICEF report said in many of the countries where there are communities that practice FGC, most girls and women feel that the process should end, with Benin, Ghana, the United Republic of Tanzania and Burkina Faso reporting 90 per cent or more girls and women who believe it should end.

A 2017 article in The Toronto Star described the effects of female genital cutting on a woman’s body. It used graphic descriptions relating exclusively to women’s reproductive organs and systems, and referred only to complications in sexual pleasure.

It is the process that involves “partial or total removal of the female external genitalia or other injuries to the female genital organs for non-medical reasons,” the UNICEF website said. The practice is not limited by any religion, and it is carried out all over the world.

Sahiyo is an NGO working through education and dialogue with the Dawoodi Bohra community, an Indian community that is present in the greater Toronto area, to help its members feel empowered to take steps to end the practice.

“FGC affects the genital region,” said Gillian Einstein, a professor at the Department of Psychology at the University of Toronto and at the Dalla Lana School of Public Health.

“And so, the first thing to think about is reproductive health and sexual health,” she said. “I think that’s why people have focused on it [women’s genitals]. I just think people haven’t thought beyond that, unfortunately,” Einstein said.

Einstein has done extensive research on Somali women in the greater Toronto area who have experienced FGC.

In describing only FGC’s effects on women’s reproductive organs, discussions about FGC, though, as Einstein suggests, in line with the history of women’s health, seem to limit what can be said about women’s bodies.

And the language the media uses in reporting on FGC, if not careful, might indict the culture that practices FGC without trying to understand it.

The UNICEF report looked at data from 29 countries where FGC is practiced, and it found that the most common reason for carrying out the practice was social acceptance. (UNICEF)

This guide is meant to educate the media on how to speak about FGC intelligently and sensitively, how to engage in conversation couched in less blame-giving terms.

Using words like “brutal” in articles creating awareness about FGC “does not help create social change within the community; instead, it puts them on the defensive and might cause the practice to go even more underground,” the guide said.

Einstein is furthering discussion by widening the scope of her research to include not just the literal point of the procedure, but also the larger repercussions on women’s minds and bodies.

“In our outreach and advocacy, we have often heard the ‘Us versus Them’ discourse, as some people who have undergone Khatna [FGC] or are from the community dissociate with the strong terminology and mistakenly believe that ‘mutilation’ happens in Africa or in other communities where more extreme forms of genital cutting occur,” the Sahiyo guide said.

There are a few types of FGC, and because the Dawoodi Bohra practice a less extreme type of the process, to call what they do “female genital mutilation” would alienate them — it would not lead to any kind of meaningful dialogue with them.

The Somali women whom Einstein has worked with and studied, on the other hand, have experienced a more extreme and invasive kind of FGC.

But the two types of FGC are on the same side of a single coin.

“In order to engage in dialogue on the topic, we have found it is more effective to use the word ‘cutting,’ as this form is more inclusive of all form of Female Genital Cutting,” the Sahiyo guide said.

That being said, Sahiyo notes that it is imperative to be respectful of the communities involved, communities where FGC is a powerful social norm, and to use the terms that they use when speaking with them.

Using a more inclusive term does allow for more meaningful and sympathetic discussions with the people and communities practicing FGC, but constructive and ameliorative work does not end there.

“I think it also has to do with women’s health in general, that it’s taken a long time for women’s health to move beyond reproductive health and beyond the genitals, and to think about [in general] cardiovascular health, women’s brain health, etc.,” she said.

“It’s part of the whole story of just what women’s health has had to deal with,” Einstein said.

She wrote in her paper the focus traditional biomedical research relating to FGC had on women’s sexual health and on their reproductive systems “led African women to wonder why the world [was] so focused on their genitals.”

“Even though a lot of the literature suggests that women with FGC also have symptoms or other conditions that might lead them to cardiovascular problems — nobody’s writing about their cardiovascular health either.”

FGC is essentially “cutting nerve and muscle,” Einstein wrote in her paper. As the central nervous system of the women who undergo the process is affected, there will be “whole-body ramifications,” she said.

“We’re affecting the whole body through the central nervous system,” Einstein said. “It affects the brain.”

She said for women coming into Canada as immigrants, an educational approach should be taken. In moving forward, the Canadian values of women owning their bodies need to be explained, Einstein said.

“Immigrating and plunging into a different culture, where there are different kinds of opportunities for women, I think that does change the perspective, and you can call that a kind of education. But it’s a much more experiential education and it’s also having more opportunities,” she said.

This, however, does not lessen the importance of listening to women’s stories, their experiences with FGC, and approaching these stories with understanding and compassion. The cultural pressure is still there, she said.

“I’m perfectly willing to think that things have changed, that the women believe differently,” Einstein said. “But it looks like there’s still quite a lot of it going on.