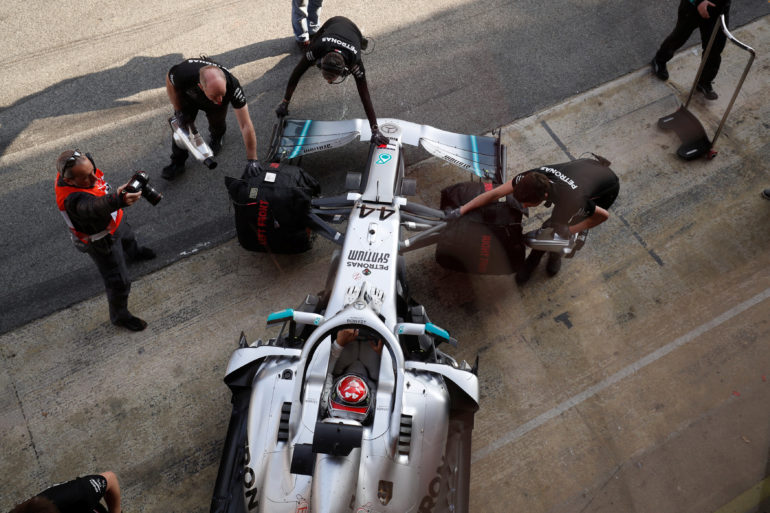 Formula 1 is a sport like no other, the perfect combination of engineering, athleticism and tactics.

It’s considered one of the most global sports in the world, but it has yet to make waves in Canada despite hosting a Grand-Prix, having a Canadian driver on the grid, and now a Canadian F1 team, Sport Pesa Racing Point.

Efforts are being made to expand the fan base with World Champion Lewis Hamilton releasing a clothing collection with Tommy Hilfiger, and a new Netflix docu-series showcasing the work behind an F1 team.

Tim Hauraney, TSN F1 analyst and former racecar driver, said the 2017 purchase of F1 by Liberty Media, an American Media conglomerate, was the catalyst to the expansion of the sport to western markets.

“Having the aggressive approach that [Liberty Media] have had is pretty amazing,” Hauraney said, “Back in the day… there wasn’t a lot of promotion being done,”

As Formula 1 tries to appeal to a new market, now would be the best time to learn about the sport. There are many young drivers set to be the future of the sport, and two of the best drivers in history are battling it out for the championship. 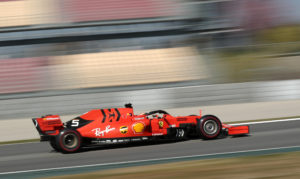 Only 10 teams are allowed to compete, with each team allowed two drivers on the grid.

The race week starts with three free practice sessions, followed by qualifications. The qualification session is where the drivers put together the fastest lap time possible in a set period of time to set up where they will be placed in the starting lineup on race day.

From the race, points are awarded to the top 10 finishers. 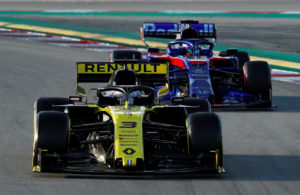 Hamilton, from Mercedes, has won four of the last five championships, and he is still primed to win again. Oddshark.com out Hamilton as their favourite, followed closely by Sebastian Vettel of Ferrari, another four-time champion.

It could be because of Ferrari’s new driver, Charles Leclerc, who is the third favourite behind Vettel and Hamilton. The 18-year-old had a marvelous rookie season last year, which earned him a seat at the most recognizable team in F1, Scuderia Ferrari.

“Overall I think we are getting closer, the team is still growing… I hope we are going to have a lot of fun and win a lot of races and fight for the championship,” Vettel said, at the Ferrari car reveal.

Hayley Ferguson, also a TSN F1 analyst, said that there is a chance Ferrari collapse due to the driver battle between the rookie and the veteran.

“There is a chance that Ferrari beat themselves more than anything if the battle between Vettel and Leclerc gets ugly,” Ferguson said.

Red Bull, who were once dominate, is still poised to be third in the Constructor’s Championship. They have a young driver lineup and are switching their engine provider so much is still unknown. Their number one driver is now Max Verstappen, a 21-year-old Dutch driver, who finished fourth in the driver championship.

Renault is poised to make the biggest jump this season.

If Red Bull’s new engine doesn’t live up to expectation, the French automaker is most likely to move ahead of them. Renault made headlines last year by signing away Daniel Ricciardo, who was Red Bull’s former number one driver. Their veteran driver lineup and engine improvements suggest Renault is likely to be ahead of the midfield.

Most teams are undergoing some sort of rebuild this season, to try and compete with the top two, so it is unlikely that there will be any major upsets. However, the midfield battle is looking to be unpredictable.

Obviously, there is defending champion Hamilton with Vettel vying to retake the championship.

There is Daniel Ricciardo, who left the team that brought him up from the academy and gave him his first seat in F1. He took a gamble in leaving a Red Bull team that is going through major changes, to join last year’s fourth-place team, Renault.

The Netflix docu-series highlighted a rivalry between Renault and Redbull. Renault has been supplying Redbull’s engines since the beginning, but have been growingly unhappy with the results. Redbull is now switching to Honda engines, and, in retaliation, Renault signed away Redbull’s former number-one driver, Ricciardo.

Canadian Lance Stroll might be the most controversial driver this season.

His father bought the former Force India F1 team and gave him the seat. Stroll is considered a “paid driver,” who bought himself a seat, even though he finished 18th last season.

“Since he made his F1 debut he has had a target on his back because of his fathers money-which is fair,” Ferguson said.

He showed signs of greatness in 2017, finishing third in the Azerbaijan Grand Prix, so perhaps in a better car, Stroll can better perform on the track.

“He’s won a championship in almost everything he’s been involved in… it’s extremely hard to do. No amount of money can win you those championships,” Hauraney said.

“It’s indescribable,” Stroll said, about representing Canada with a Canadian team, at the car reveal in February at the Canadian International Auto Show.

There are four rookie drivers this season, all of whom are poised to be the future of the sport.

George Russell who won the Formula 2 championship, the junior division, but he will be racing for Williams, the team that finished last in the Constructor’s Championship.

The next promising rookie to watch is Lando Norris. He was Russell’s rival in F2, but he is in a better position to do better in F1, since he is racing for storied team McLaren.

Hauraney said he thinks Lando Norris is most likely to win rookie driver of the year.