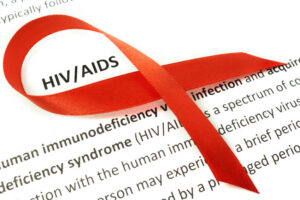 HIV is a viral infection that affects around 37 million people worldwide. But there is a new way of treatment believed to be found in UK. (Fotolia/designer491)

A second person is believed to be cured from HIV, according to a study published on Tuesday in the UK-based journal Nature.

According to the study, the unnamed “London patient” has been in remission for 18 months since he stopped taking antiretroviral drugs.

The “London patient” was diagnosed with HIV in 2003 and with Hodgkin’s lymphoma in 2012. He had received chemotherapy to treat cancer and, additionally, had stem cells implanted from HIV-resistant donor, resulting in both his cancer and HIV going into remission.

The study comes out after more than 10 years since the “Berlin patient” case, which was the first time this method of treatment succeeded. Both patients had been given transplanted stem cells from donors with a rare genetic mutation, and that made them resistant to HIV.

The mutation is known as CCR5-delta 32, Nature said. This mutation blocks HIV’s ability to infiltrate immune cells. However, the mutation is really rare with only one per cent of the total population having two copies of this gene, according to Nature.

Marco Salemi, a Professor in the Department of Pathology of the University of Florida College of Medicine, told Humber News on Tuesday that it is certainly a breakthrough study.

‘Gives us a lot of hope’

“I have been following the developments of the UK patient; it does give us a lot of hope that a cure may be near or that, at least, we are moving in the right direction,” Salemi said.

“So far, the Berlin patient was the only one for which a bone marrow transplant with cells carrying the CCR5 delta-32 deletion, which makes them resistant to HIV infection, showed convincing evidence of sustained HIV remission in the absence of antiretroviral therapy,” he said.

The new study shows a second patient that went successfully to a similar procedure. The result confirms that some form of gene therapy may be effective in eradicating HIV and that the Berlin patient wasn’t just an exceptional case,” Salemi said.

He also added that he recently met the Berlin patient at a conference and that the man has been doing “remarkable work” as an advocate for HIV research, as well as willingly participated as the subject of several studies done to understand why the “cure” worked with him.

“When the results of the Berlin patient were made public, I suppose I was fairly skeptical that his treatment could be effectively used to cure other people, since it was the result of a set of extraordinary circumstances that rarely would occur in other patients. However, the London patient is proof now that, at the very least, the procedure is repeatable,” Salemi said.

Michael Grant, viral immunologist with the Faculty of Medicine, Newfoundland, said that he had heard of the Berlin patient and then of a number of unsuccessful attempts to replicate the result.

“The case is significant for reinvigorating cure research in that it shows the Berlin patient was not an anomaly and reassures funders and researchers that a cure is possible,” Grant said.

‘Too early to say’

There is a possibility that some evidence of infection will recur at some point in the future, he said.

“The patient or donor genetically may be a special case beyond the CCR5 mutation that favoured success in this situation,” he said. “For example, they may have immune genes that are associated with better suppression of HIV replication.”

At this time, doctors and authors of the study say that it’s too early to say the patient is completely cured of HIV, so they will continue to monitor man’s condition.

Grant said that he thinks this study will reinvigorate research into other cure strategies, which will be very important for future breakthroughs.

“I think this study may lead to better ways of treating the rare HIV-infected patient who is unlucky enough to develop leukemia or lymphoma, but will not directly affect more broadly applicable approaches to cure,” he said.

The current treatment for HIV is antiretroviral therapy. It means that people diagnosed with HIV need to take medications suppressing the virus for their entire lives. With this new approach, patients will no longer need to do that.

However, Salemi said that there is still a lot of work to be done because stem cell treatment is not expected to work with every patient with HIV – also because of the fact a very small number of people carry the CCR5 deletion and are able to be donors.

“Because of this, it is not only unlikely that this treatment could be used on a large scale, but also the potential high cost of a bone marrow transplant, which can be rejected and may result in the death of the patient, is too high in comparison of the benefit of the well established antiretroviral therapy that does not cure HIV infection but can safely suppress viral replication for decades,” he said.

However, Salemi believes that this discovery is of paramount importance for the research ahead.

“We have now a confirmation that HIV-resistant bone marrow stem cells can reconstitute an immune system virtually resistant to HIV infection. This may lead the way in the development of effective and large-scale feasible gene therapy protocols capable of curing HIV,” he said.

“At a more personal level, I am very happy that the tremendous effort of the entire research community over the past 30 years are finally resulting in new hopes for the millions of people affected worldwide,” Salemi said.

“In these days, where science is under attack on so many fronts, this is good news that hopefully will restore the public’s faith in the best tool we have to protect our species from deadly diseases.”

HIV is a viral infection that is affecting around 37 million people worldwide, with almost one million people dying annually from HIV-related causes.