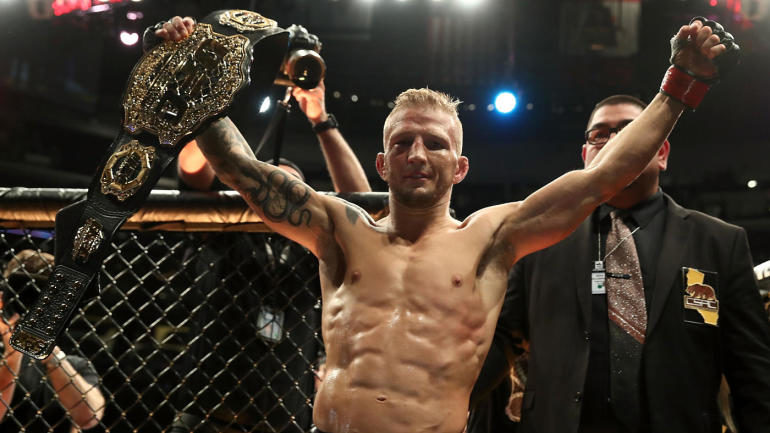 Dillashaw’s failed test comes just months after his defeat to Henry Cejudo in a champion versus champion fight for the flyweight championship, where he lost just 32 seconds into the first round.

“I was completely gutted. He’s been testing clean for all of these years, so it was a shocker,” said USA Today’s MMA Insider, Dizz.

UFC president Dana White publicly expressed interest in Cejudo and Dillashaw fighting again, which would be another rare champion vs champion fight, but this time in bantamweight. There was speculation that would have been Dillashaw’s next fight.

“I follow him on Instagram, so I saw his post right away. It looked a little fishy to me. If he’s not admitting anything yet, why forfeit the title,” said Hardrock MMA commentator and Kentucky sports radio host, Kelly Patrick.

Former lightweight champion Conor McGregor is one of the latest fighters to tweet about Dillashaw, referring to the time he called him a “snake in the grass” during an episode of “The Ultimate Fighter” in 2015.

I called that little snake way back.
I’m the new St. Patrick.

Former bantamweight champion and a former teammate of Dillashaw, Cody Garbrandt, also accused Dillashaw at a 2017 news conference of showing everyone at Team Alpha Male (their camp when they were teammates), how to use performance-enhancing drugs. Garbrandt also pitched in on the latest controversy with a “sipping tea” tweet.

Other fighters such as current flyweight champion Henry Cejudo and current number one contender in the bantamweight division, Marlon Moraes, are looking towards an opportunity with Dillashaw’s upcoming suspension.

I was the youngest Olympic gold medalist. I am the UFC flyweight champion and I just knocked out a PED user in 32 seconds. You think I’m afraid of a World Series of Fighting former champion? Lol https://t.co/cxlm6Xevg9

The drug that Dillashaw reportedly used has not been released or named yet as the US Anti-Doping Agency (USADA) and the New York State Athletic Commission (NYSAC) informed him of an “adverse finding” in a test taken for his last fight (against Cejudo).

“For it to be an adverse finding, it means it wasn’t like a tainted supplement. That tells me that it was not accidental,” said Dizz.

USADA has a role in flagging and suspending some of the biggest names in UFC history including Brock Lesnar, Anderson Silva, and Junior dos Santos.

“USADA has really taken their testing to a great level and has been extremely strict. Their technology is advanced. Even something like elevated testosterone levels would make them magnify and look deeper,” said Patrick.

Current light heavyweight champion Jon Jones has been suspended by the Nevada State Athletic Commission (NSAC) and the USADA on different occasions, only to come back and win the championship just months ago. Dillashaw’s name adds to a list of championship fighters who have used PEDs.

“I just think it adds to the question of the legitimacy of the sport. Dana White and the UFC need to be stricter when it comes to these situations. It will be better in the long-run for the health of the sport, and the legitimacy issues it has,” said Patrick.

Before losing to Cejudo at flyweight, Dillashaw won four straight fights including winning the bantamweight title and defending it once.

“When I first heard about Dillashaw I wondered if his upcoming absence screws up the (bantamweight) division or makes it more interesting. It definitely shakes it up and I would love to see a four-man tournament for the title,” said Dizz. 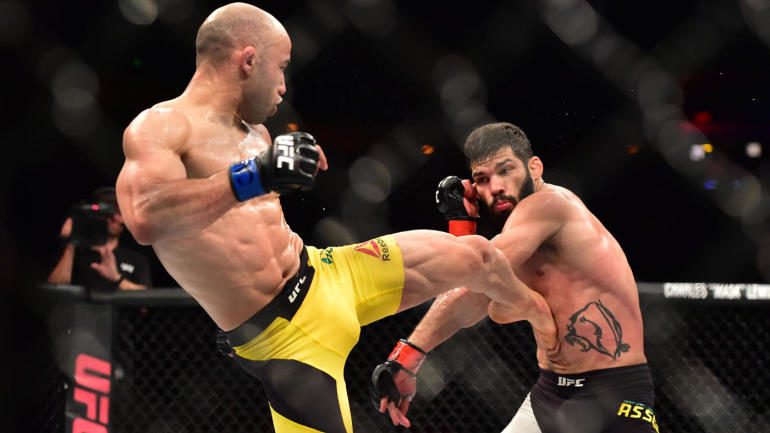 With the bantamweight title up for grabs, the UFC will soon be looking for a new champion and there are many options with several talented fighters in that division.

“Marlon Moraes. He’s 25-5-1 and he’s knocking guys out with clean leg kicks, the UFC jitters are definitely gone for him. I think he is better than everyone in that division, excluding Dillashaw. If I had to put my money on the next champion, it would be Marlon Moraes,” said Dizz.

Moraes has won 17 of his last 18 fights, with three of his last four wins coming either by submission or knockout.

“Marlon Moraes is a big name that also comes to mind. Cody Garbrandt is also there, but he was just knocked out and was knocked out by Dillashaw twice before that, so he’s on a three-fight losing streak. But I do think the UFC loves making fights with name familiarity, so don’t be surprised if Garbrandt is a contender.”

Garbrandt has lost three straight fights after starting his career 11-0 and currently sits at number six in the bantamweight rankings.