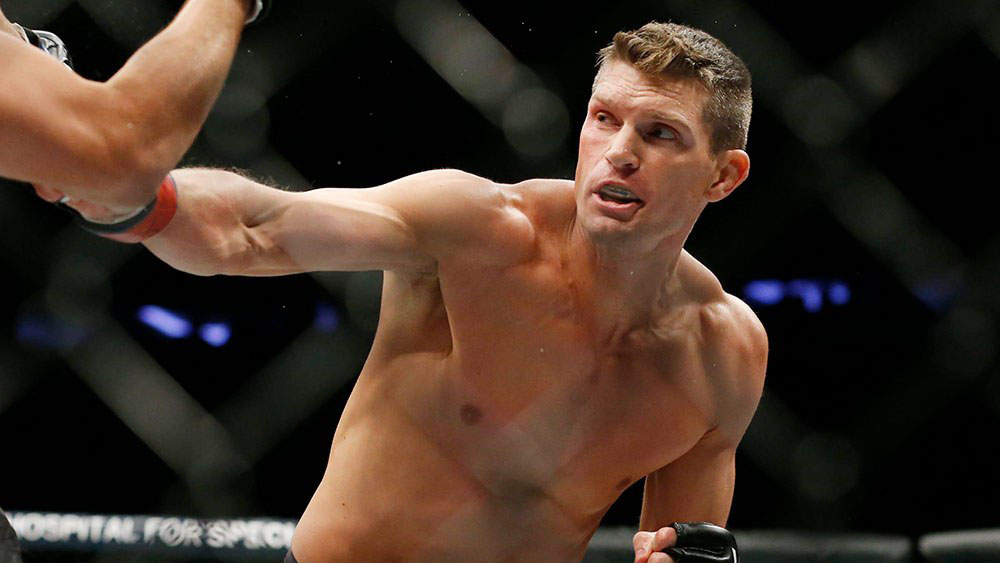 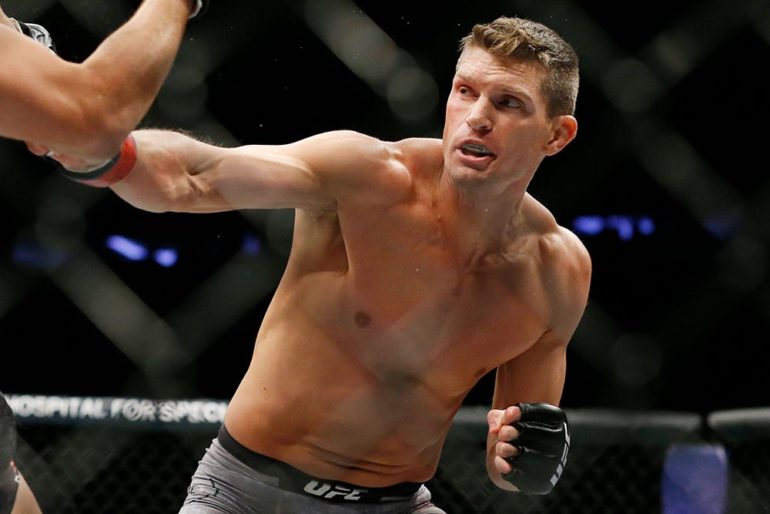 After an early UFC Fight Night last weekend in London saw the main event end just after 7 p.m. EDT, this weekend’s event from Nashville will be back to its usual timing. The main card has a scheduled EDT start time of 8 p.m., which could run past midnight.

The main event on this card is a welterweight bout between third-ranked Stephen Thompson and former UFC Lightweight champion, eighth-ranked Anthony Pettis.

“It’s a weird matchup. Anthony Pettis is moving up in weight-classes, and Stephen Thompson is a true welterweight fighter. Pettis has moved from two weight classes in the last two years, to gain traction and try to get back to where he was as a big-name fighter. Thompson is one of the best strikers in the MMA, while Pettis has a record of 3-6 in his last nine fights. I have Thompson knocking him out in the third round,” said Shillan.

Pettis debuted in the featherweight division in August 2016, only to return to lightweight in 2017, and will now be making his welterweight debut. The weight range involved has been about 30 pounds. 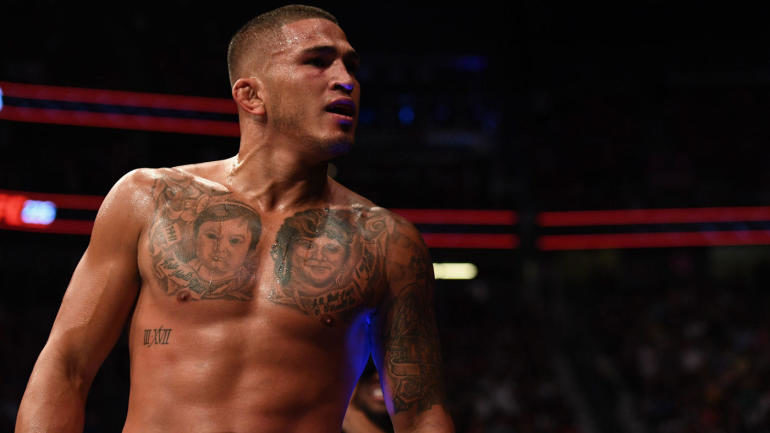 “It’s an unpredictable fight. It’s up to Thompson to dictate what fight could happen, a brawl or a fight for points on the judges’ score cards. I’m guessing it will be a mixture of both, with Thompson eventually wearing down Pettis and knocking him out in the third round,” said writer for FloCombat and editor for Tapology, Nolan King.

Thompson’s last five fights have all gone the distance, with his last fight being a loss to Darren Till. Thompson had two title opportunities back-to-back where he fought his way to a draw against then welterweight champion Tyron Woodley, and was then defeated by Woodley five months later.

“With Pettis moving up to welterweight, he’s not getting a slouch fighter, he’s getting thrown to the lions right away in a bout with Thompson. Thompson’s striking is also just superior,” said Shillan.

“I don’t think he (Thompson) gets a title shot because he hasn’t had the best track record. A name that comes to mind (if he wins this match), would be Ben Askren,” said Shillan. 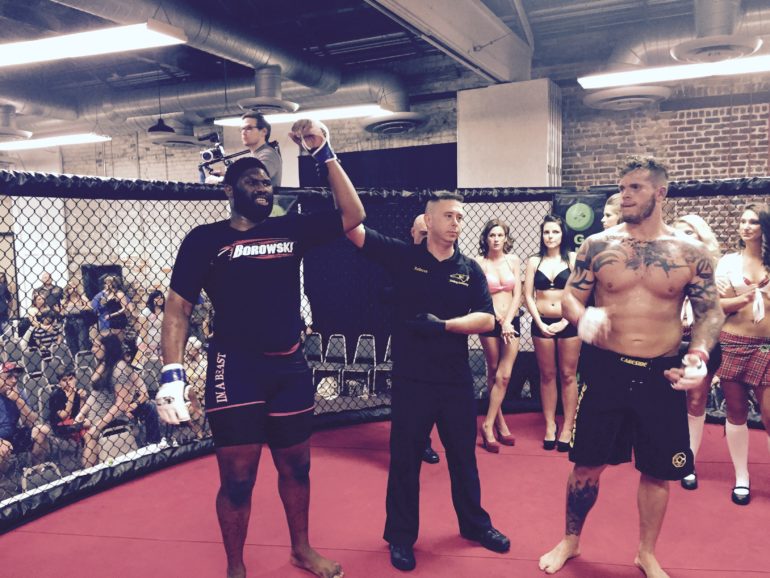 The next fight on this card is a heavyweight clash between fourth-ranked Curtis Blaydes and tenth-ranked Justin Willis.

“It’s an intriguing matchup. I’ve talked to both fighters’ camps, and they’re both fired up about this fight with a little bit of bad blood between the two. If Willis wins, he puts himself in a good position, however Blaydes needs this win to keep moving up in the ranks. I don’t think either guy gets a title shot. The winner of this fight would probably need one to two more fights,” said King.

Willis said Blaydes’ personality and fighting are both “boring”. Willis is a flawless 4-0 in the UFC, and has won eight straight professional fights for a record of 8-1. Blaydes’ record sits at 10-2 but he was knocked out by Francis Ngannou in November.

“The real question with this fight is what style Blaydes brings to the fight and is Willis a top 10 guy in the division, even though he’s not a big power-puncher. I think Blaydes knocks him out with his strong ground-and-pound,” said Shillan.

There is speculation the UFC flyweight division will soon come to an end due to lack of fan interest, especially considering former top ranked UFC fighter and flyweight champion Demetrious Johnson was traded to ONE Championship for Ben Askren. Regardless of the rumours with the division ending, there will be a flyweight bout on this card. 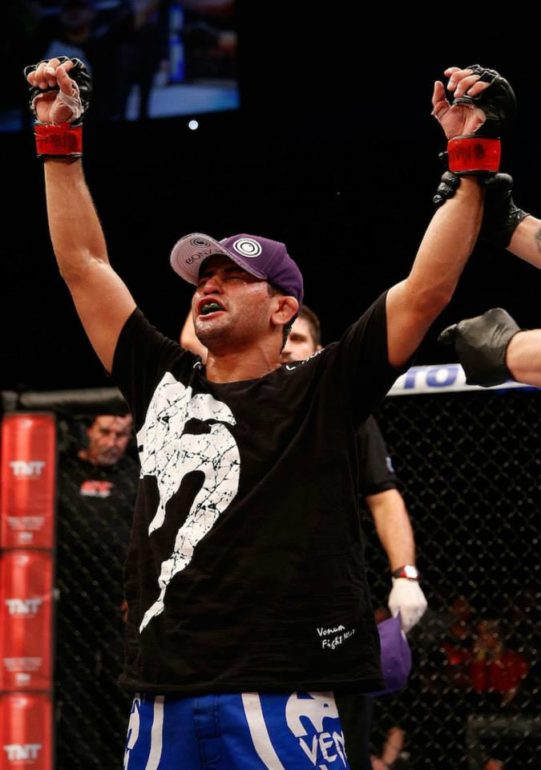 “My must-watch fight including the main event and co-main event is the flyweight bout between Jussier Formiga and Deiveson Figueiredo. Formiga is the elite of the elite grapplers, going against a powerful fighting in Formiga. This fight is also my Fight of the Night prediction and could have title implications for the (if there is) future,” said Shillan.

Formiga is the first-ranked fighter in flyweight, with three straight wins that improved his record to 22-5. Figueiredo is the fourth-ranked fighter and is a perfect 15-0 professionally, with his last three of four wins being knockouts. There are also other fights for a consideration for the Fight of the Night, including the only featherweight fight on the main card.

“My predication for Fight of the Night is Luis Pena vs Steven Peterson. I think it will be an absolute brawl. Both guys can stand and trade, and I expect this fight to be spent on their feet most of the time, instead of the mat. Both guys are durable with power, meaning this fight could end in the first round or the third round,” said King.

With the variety of different style fighters to watch from strikers, to quick and agile grapplers, there are plenty of pros to watch in this card. 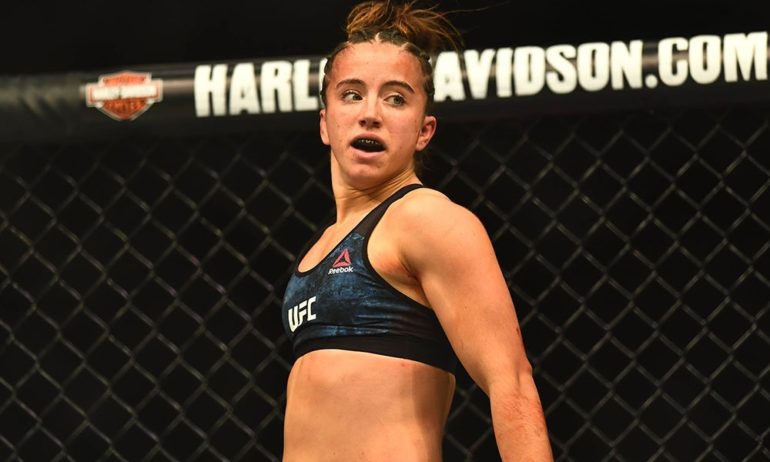 “Maycee Barber is a fighter to watch for me. She’s a 20-year-old prospect who is able to finish with a lot of confidence. She’s voiced her wish to become the youngest UFC champion in history and actually has a timer on her phone to always remind her how much time she has left,” said King.

Barber is undefeated with six wins with five of those six wins coming either by knockout or submission.

“A fighter to watch for me is women’s flyweight standout, Maycee Barber. There is a lot of hype around her,” said Shillan.