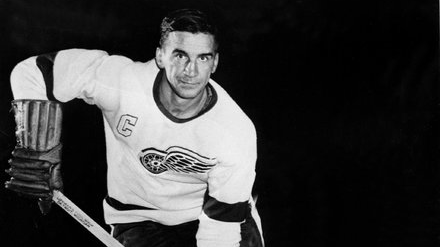 The former Detroit Red Wing died on Monday at the age of 93 and, in his passing, the NHL lost a legend, and a valued member of the NHL Alumni.

Lindsay was known for being an agitator on the ice, and a skilled player at the same time. He finished his NHL career in 1965 with over 1,000 games played, 851 points, over 1,800 penalty minutes, and four Stanley Cups.

The players and NHLPA staff are deeply saddened to learn of the passing of Ted Lindsay – a player, a trailblazer, and a gentleman. “Terrible Ted” was loved across the hockey world and beyond for his play, dedication to fellow players and charitable work. https://t.co/jpDcnWZ68l pic.twitter.com/0QBECLqmva

“It’s funny, because his nickname was ‘Terrible Ted’ and that didn’t even come close to the kind of guy he was. He was a nice and caring gentleman,” said author of Hockey 365 and Los Angeles Kings writer, Mike Commito.

Lindsay played 14 seasons with the Red Wings and was part of the famous “production line” that also included Gordie Howe and Sid Abel (both are also hall-of-famers).

“I expect a big tribute in Detroit for him at the next home game,” said Yahoo sports writer, Ryan Lambert. He also affected the game off the ice as well, being an instrumental part in the creating of the first NHL Players Association (NHLPA) in 1957, giving the players the ability to have a say.

“He had a huge impact. He helped start the players association, and that has made him a hero to everyone in the NHL since. He’s made everything better for the players after that,” said Lambert.

At the time, the NHL didn’t like what Lindsay was doing trying to change the game, and neither did the Red Wings, which pushed them to trade him to Chicago.

“At one point he was seen as a problem, and was then traded to Chicago as somewhat of a punishment. But he just went on with his business, and kept fighting for what he believed in.

With Lindsay, looking back on everything he did for the players and for the NHL, observers could tell he really stuck to his principles and stuck to what he believed in,” said Commito. 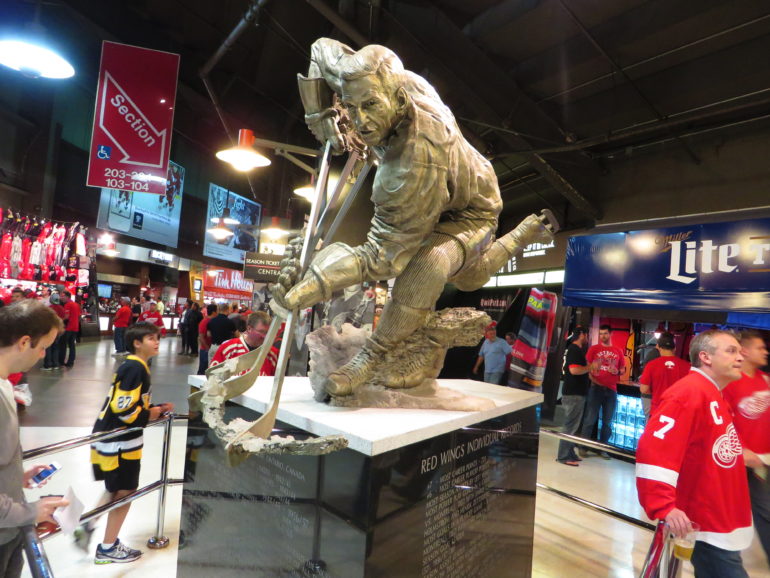 Even several years after his career ended, he continued to build his name in the NHL community.

Lindsay refused to attend his Hall of Fame induction in 1966 because wives and families couldn’t attend. He didn’t want to offend the game, but he also recognized that while he was playing, his wife was home taking care of their kids and taking care of everything at home.

“He felt that his family should’ve been allowed to come, he was a family-first guy. That story really hits home, because it shows the type of character he was,” said Commito. That act of sitting out his own induction ceremony ended up paying off years later, as the rule changed after Lindsay’s act.

“Several years later when Gordie Howe got inducted, Howe’s family was there. It’s kind of like Ted sacrificed for the greater good,” said Commito. 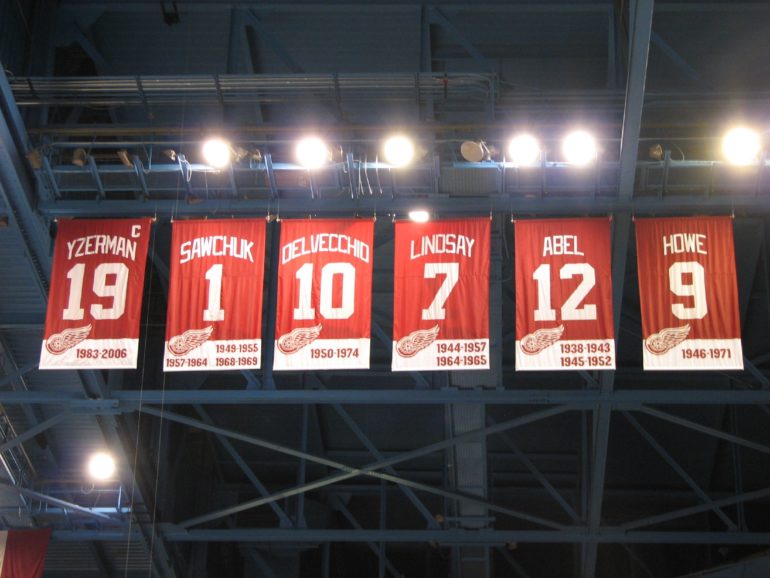 The NHL also has an award named after Lindsay. The Ted Lindsay award is given to the most outstanding player, voted on by the NHLPA, and Lindsay usually comes out to present the award to the winner.

“One thing I remember him saying is ‘be good to people,’ and he would always put other people before his own personal gain,” said Commito.

Ted Lindsay also co-established the “Ted Lindsay Foundation.” The foundation has raised over $3 million for educational programs and autism research. 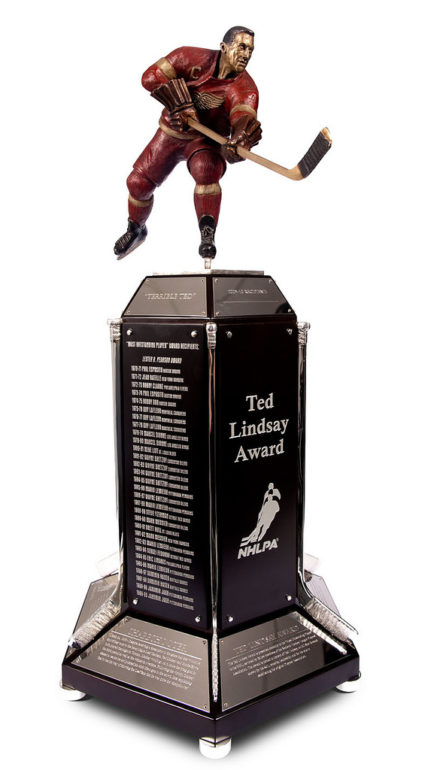 The Ted Lindsay Award, given to the most outstanding player chosen by the NHLPA. (flickr/hockeymedia)