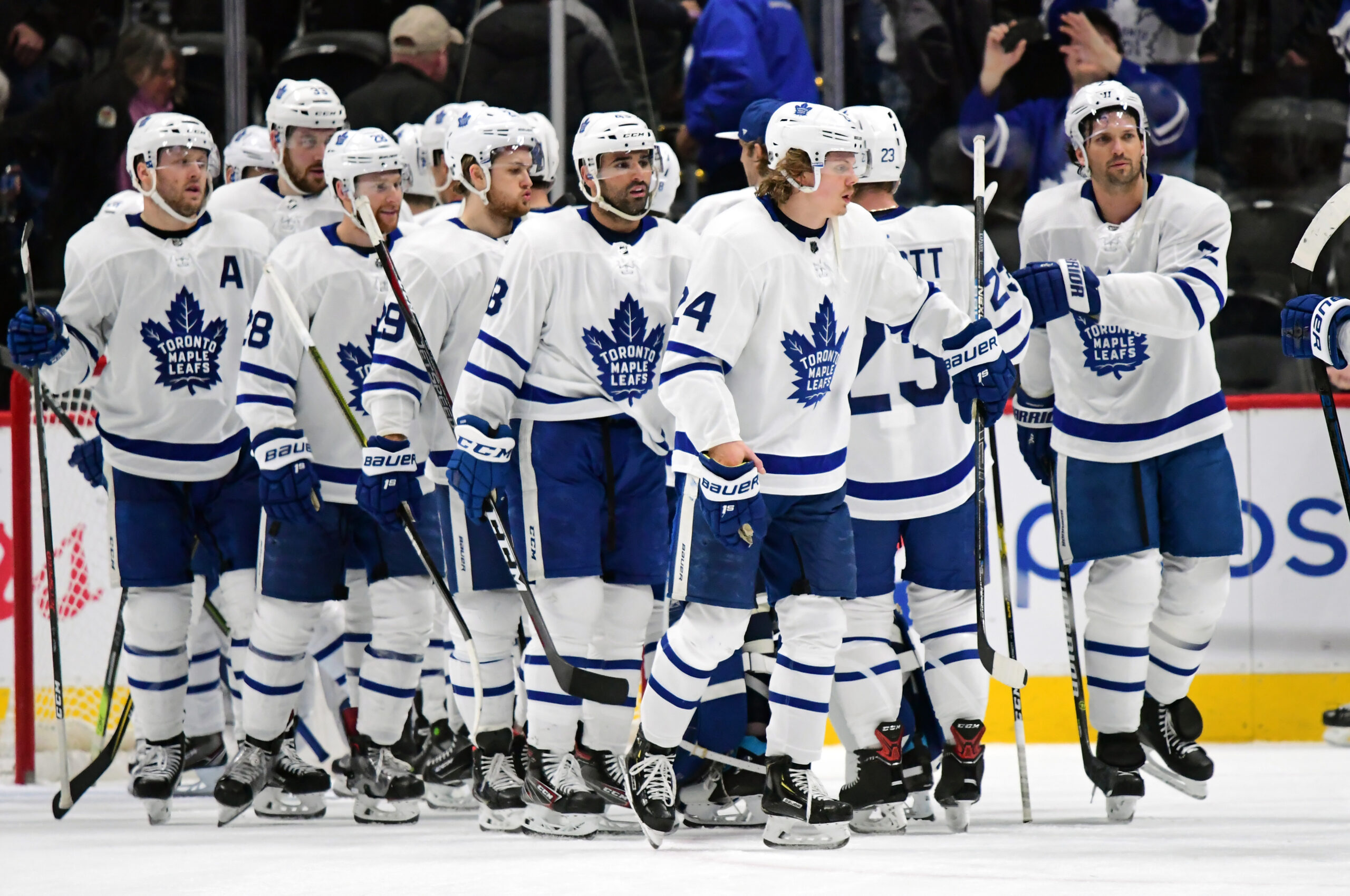 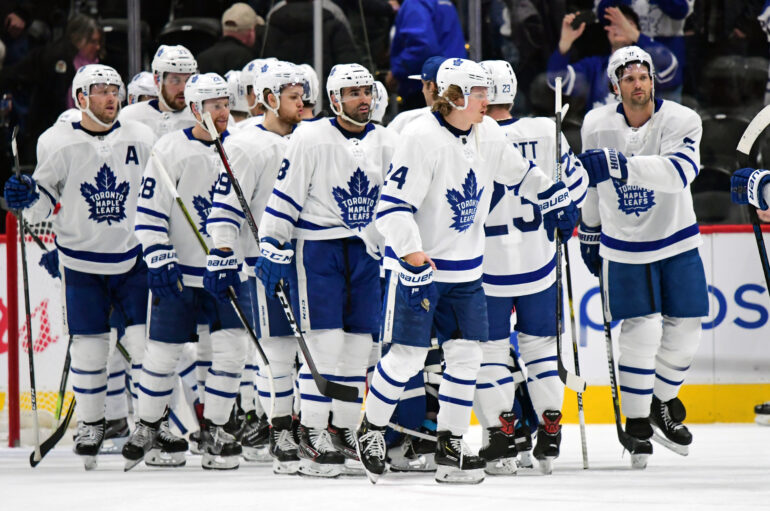 The Toronto Maple Leafs will be in serious cap crunch mode this offseason, with plenty of key players either waiting to be paid or packing their bags to get a few extra million somewhere else.

“The fact that they were able to lock up Sparks at that price is incredible. Borgman is interesting, he’s still young and has battled injuries but to get him locked up, and if he gets back to his high level of play, is huge,” said managing co-editor of Editor in Leaf, Mike Stephens. 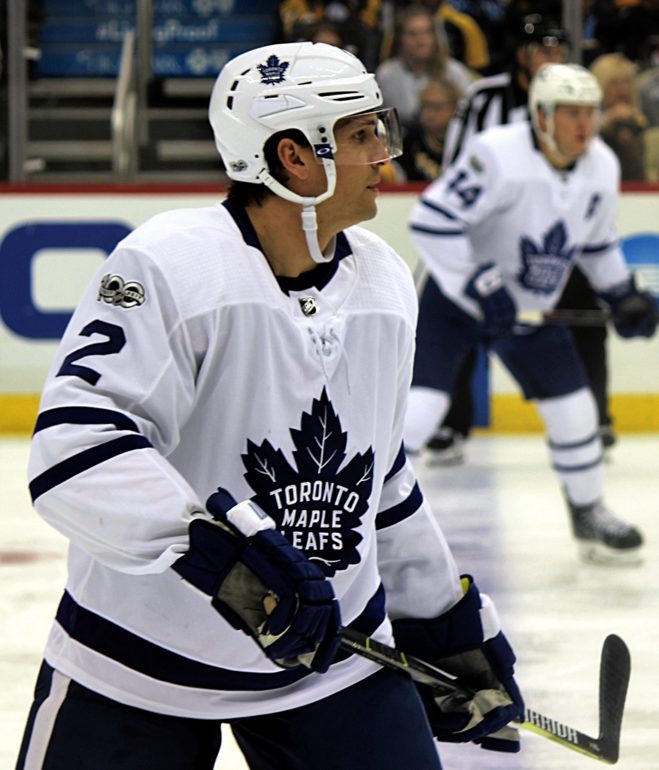 With Frederik Andersen in Toronto for the foreseeable future and Garret Sparks locked up until at least after next season, the goaltending situation is handled. The defense is a different story.

37-year-old Stanley Cup winner Ron Hainsey has provided a veteran presence on a young Maple Leafs team. He signed a 2-year, $6 million contract in 2017 and will now be a free agent after this season.

“I definitely don’t see Hainsey here next year. It doesn’t make sense with all of their options on the left side of the defense. Rielly, Muzzin, and whoever they play in the third pairing, will most likely be an upgrade over Hainsey,” said Stephens. 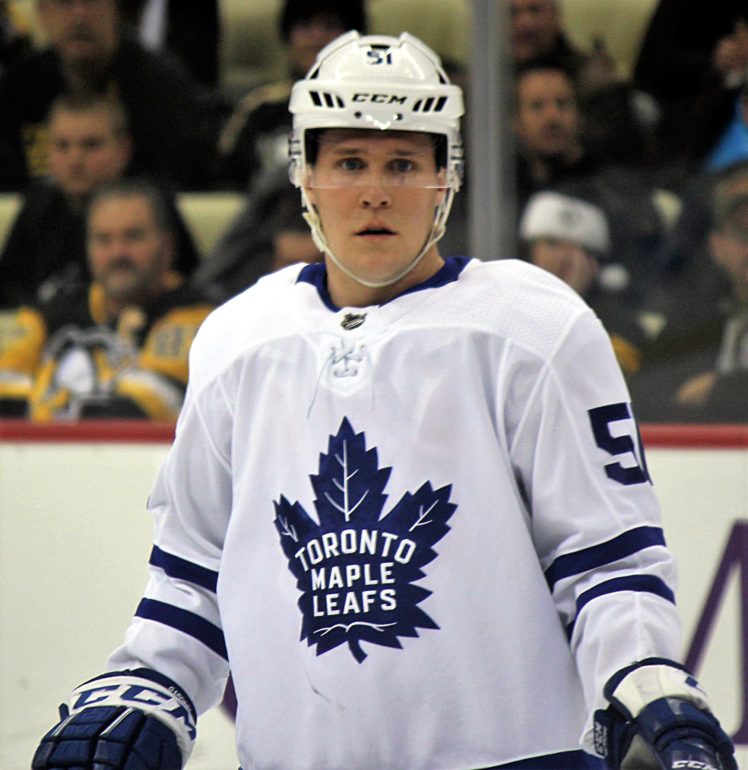 Staying with the left side of the defense, Jake Gardiner will be looking for a bit of a raise from his 5-year, $20.2 million contract in 2014, and a raise that the Leafs may not be able to afford. He’s also got mixed reactions from Leaf fans, with some booing him when he touched the puck in a 6-3 loss to the Colorado Avalanche on January 15.

“Jake is a very good player, but hard to describe sometimes due to the mixed reactions he gets. He’s valued within the organization, and I know that he would take a discount to stay in Toronto, just not as much as he would have to. Other teams are going to be offering him several millions of dollars, and the Leafs just can’t match that. Gardiner would love to stay and Toronto would love to have him, but the fit financially doesn’t seem to be there to make an extension work,” said founder & writer of TrueBlueLeafs.com and Maple Leafs analyst on Sauga960am, Jude MacDonald. 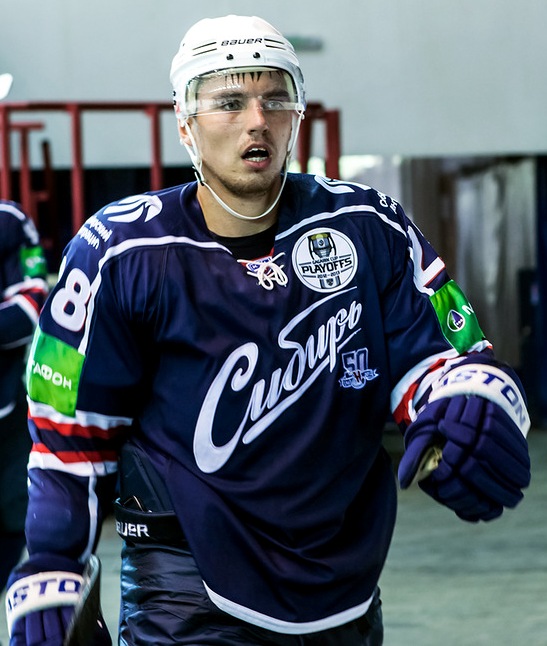 The final two defensemen are fringe NHLers who get called up occasionally if there is an injury to the pro roster – true depth defensemen. Igor Ozhiganov’s first year in Toronto after several seasons in Russia playing in the KHL, has been with the Maple Leafs and Marlies, while also being a right-handed defenseman, something the Maple Leafs have coveted.

The other d-man is Martin Marincin, another player Leafs fans like to single out for his defensive abilities, but who’s been a piece for the Maple Leafs since 2015, while also playing games for Marlies as well.

“The organization likes Marincin, and the coach sees something in him, but he makes big time mistakes. With Ozhiganov, it depends if management has seen growth. I think that if Ozhiganov was as good as what they were expecting him to be, they wouldn’t have had to trade for Jake Muzzin. It’s hard to see where he fits,” said MacDonald. 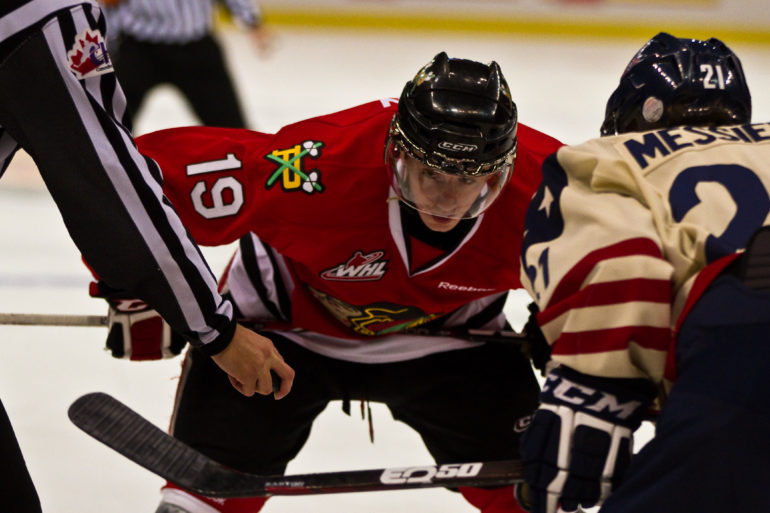 Many people’s favourite thing about the Maple Leafs is the high-powered offense. Newly acquired Nic Petan played only his second game as a Maple Leaf Wednesday night on the fourth line, and made quite a debut for himself scoring the game-winning goal against Buffalo in his first game on Saturday.

“I’m 99% sure Petan is staying. I think he’s a great versatile player that will for sure get kept around,” said Stephens. 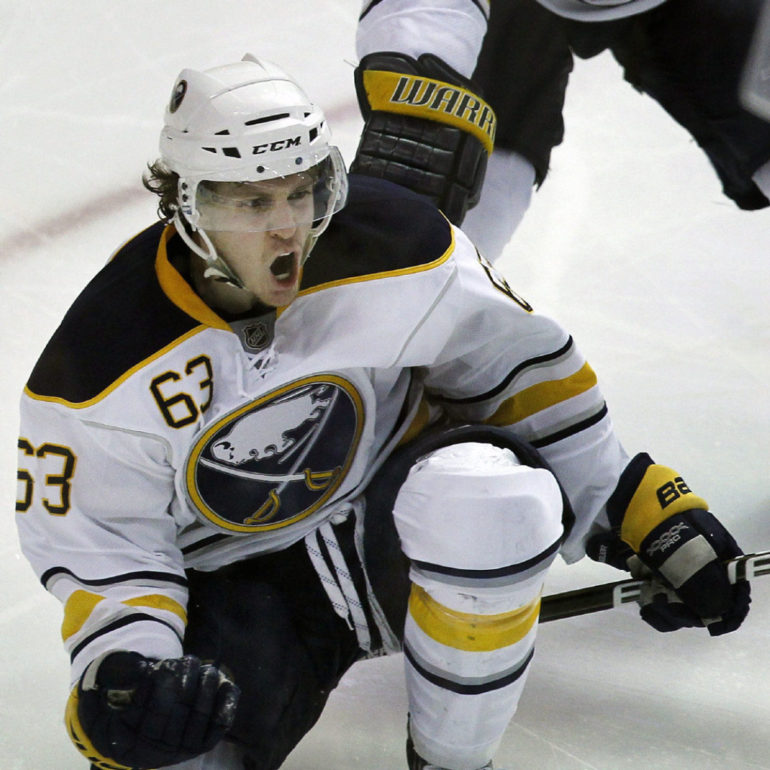 Another fourth-liner who is set to become a free agent on the Leafs roster is Tyler Ennis. Ennis signed a one-year, $650,000 “prove yourself” deal. He’s been everything they hoped for and more, with one of the highlights of his season being on Monday against Calgary, where he potted his first career hat-trick.

“Tyler Ennis has been amazing for the Leafs at his cheap price tag. I think he’s the type of signing the Leafs need to make in the future. Veterans, smaller guys, just written off players that are looking to prove themselves on a 1-year deal. It’s great that Ennis showed other players thy can come to Toronto and succeed, but I think he’s also earned himself more money elsewhere,” said Stephens. 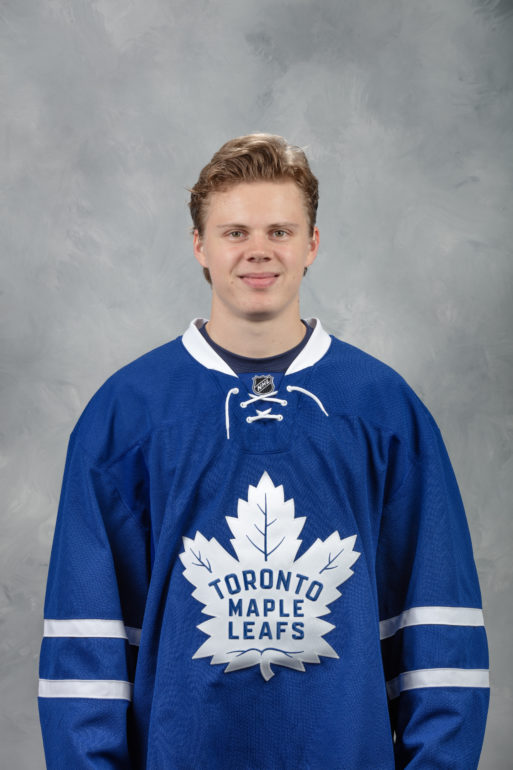 Moving up the forward lines of the Leafs, two players who are often compared because they both came up with the Marlies, kill penalties, and play on the power play are Andreas Johnsson and Kasperi Kapanen.

“Both guys were developed here, they are an incredible example of development, and that would make it hurt even more to see them go. I think the Leafs organization is going to do everything to keep both of them, including possibly moving that Zaitsev contract, but even that would be complicated where they would have to give up assets to a team with some cap space that would take his contact and he does have no movement clause. I also wouldn’t rule out a shocking move in order to keep them, like trading Nazem Kadri. If I had to take one, I would likely pick Kapanen but there’s so many variables at play,” said MacDonald. 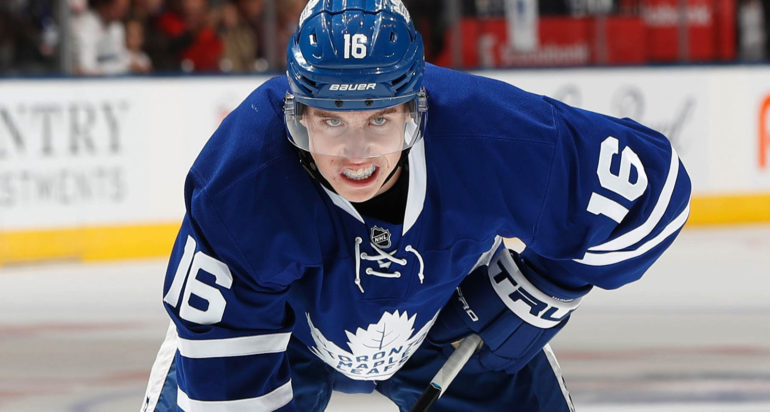 The biggest name for all Maple Leaf fans and arguably the most talented player on the roster who is set for a massive raise is Mitch Marner. Currently leading the Maple Leafs in points, playing on a line with John Tavares, leading the first powerplay unit and playing the first penalty kill, he’s an important player to say the least.

“I do have a good relationship with the Marner family and have followed Mitch for his junior career as well. So, attempting to remove any bias but being honest, I would say I want Mitch to be paid what he deserves. The Maple Leafs love Marner and Marner loves Toronto, but how much? Mitch loves Toronto so much I think he would play for free but that’s why players have representation. When salaries are said and done, Marner probably does fall under Matthews and Tavares. When talking about a hometown discount, I think Mitch would be open to it but in the end the deal has to be fair and reflect his importance and stature on the club. He will get what he’s due and what he’s worth,” said MacDonald.

With all of the Maple Leaf signings and possible departures, who is the safest player most likely to spend their career here and be a lifetime Maple Leaf? With the overflow of talent on the roster, William Nylander, Auston Matthews, and Mitch Marner seem to be the top tier on the roster.

“I don’t see Nylander as being a lifetime Leaf. I do think he’s coveted and don’t expect him dealt any time soon if ever. I could see him going to somewhere like LA and exploring his options later in his career. With Matthews, I could see him going to an equal or bigger market like New York to grow the sport of hockey more in the States. But that’s conjecture and something hypothetical and years from now. I’d say the most likely of the three as a lifetime Leaf is Mitch Marner, hometown kid and ultra-talented winger alongside John Tavares. Babcock recently referred to him as a “lifetime Leaf”, but until he’s signed long term anything can happen. Personally, I just can’t even allow myself to envision Marner as anything but a Maple Leaf,” said MacDonald. 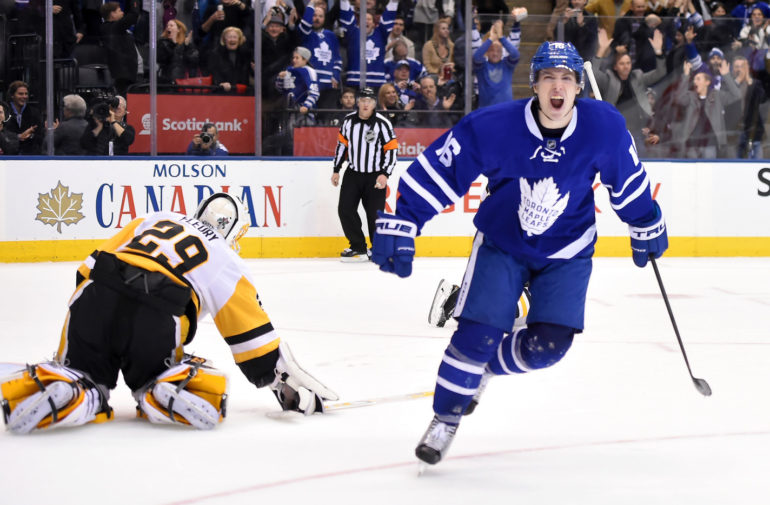 “I think the most likely lifetime Leaf is Auston Matthews. He loves the city here, Toronto recognizes him as a franchise piece and generational talent also playing an important position they’ve coveted for a while as a center,” said Stephens. 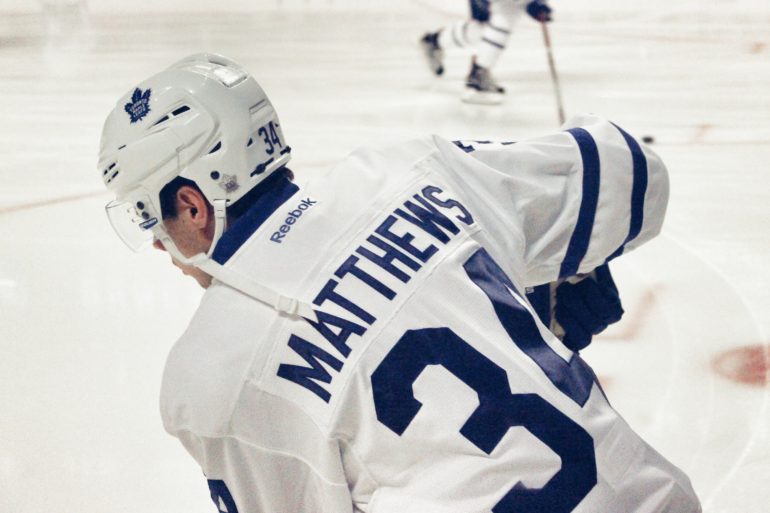