The real challenge starts now for Jagmeet Singh and the NDP 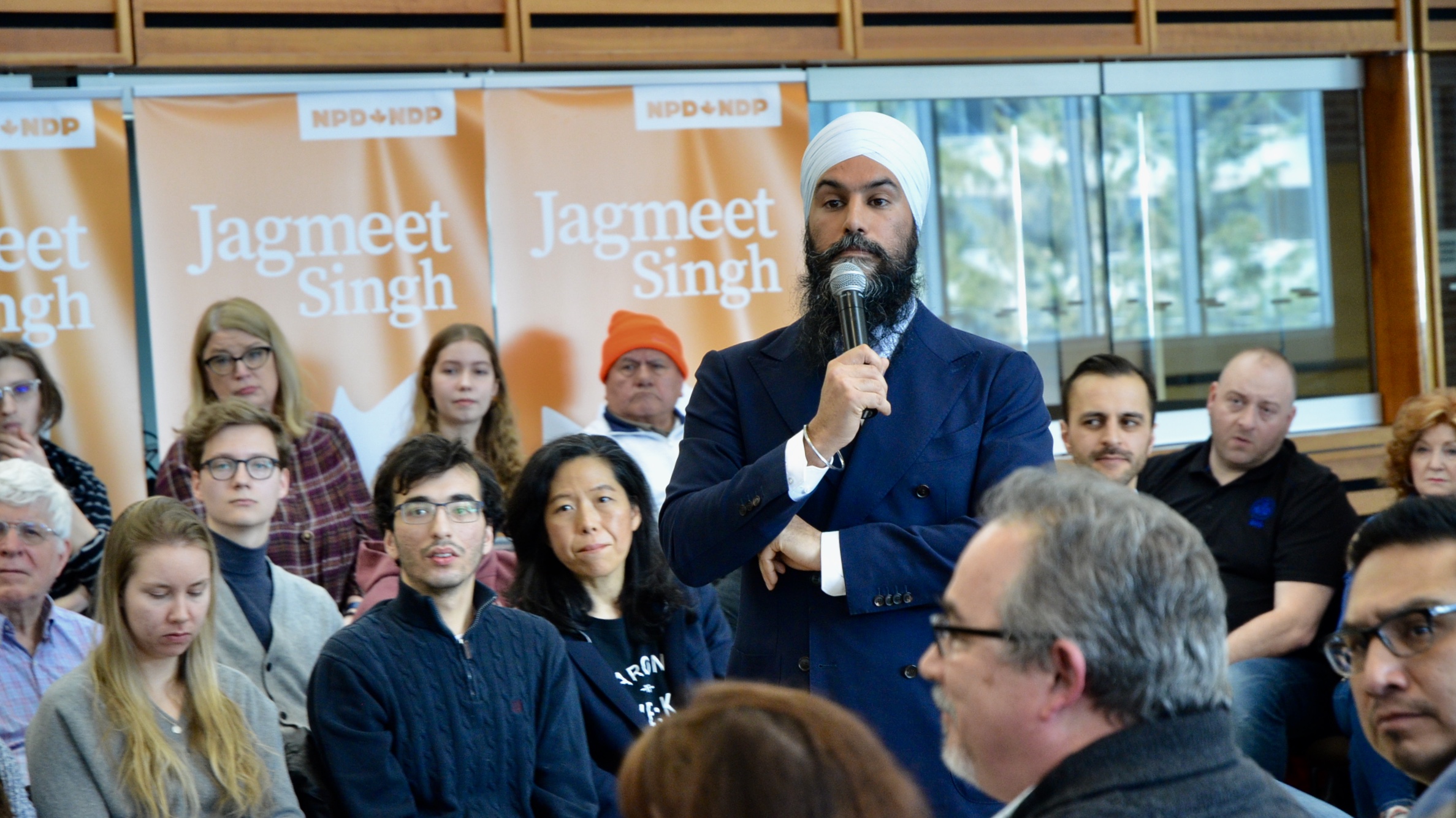 NDP leader Jagmeet Singh easily won the Burnaby South by-election just over a month ago, proving his party’s electoral viability in the biggest test of his leadership thus far.

But political experts told Humber News the real hurdle to Singh’s leadership would be whether he can define his party as a genuine alternative in an era of immense political volatility.

“To some degree, the NDP kind of blew a chance where they kind of went very cautious on the economic front [in the last federal election]. The liberals out-maneuvered them on the left,” said John Shields, a political science professor at Ryerson University.

“It’ll be interesting to see if they’ve learned their lesson,” he said.

During a March 7 town hall meeting with the voters at the Toronto Reference Library fresh off his election, Singh outlined some of his core policy platforms as a ‘pragmatic’ response to an economy that isn’t working for many Canadians.

“We don’t make investments now that allow for a stable economy,” the NDP leader told the audience. “A long-lasting economy where you got jobs, not just for the couple years in the future, but we plan for jobs for the next 50 to 100 years.”

Singh told the crowd the NDP would introduce a universal PharmaCare plan and push for climate action while emphasizing the economic opportunities it can create.

“We know the importance of a green economy, renewable energy,” said Singh, bouncing with renewed energy. “An entire sector waiting to boom that’s going to create all sorts of great opportunities and help us do our part to reduce our emissions and to fight climate change.” 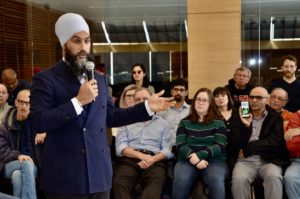 NDP leader Jagmeet Singh believes there is no way Canada can build a fair society when people have to spend a big chunk of their paycheque  on daycare. (Alireza Naraghi)

That enthusiasm, however, was missing in the campaign leading up to the by-election.

Singh was facing criticism for a flat performance during a national telecast interview with CTV’s Evan Solomon, prompting some senior NDP members to anonymously tell CBC that if Singh fails to deliver in the by-election, he’d likely have to resign from the helm.

But after Burnaby, the party’s fortunes appear to be slowly improving.

And with the Trudeau government mired in a deepening controversy, observers are warning the result for the 2019 election is, by all indications, unpredictable.

The new Ipsos poll found the Liberal Party’s favourability fell to 28 per cent and the Tories opened up a nine-point lead, with the NDP benefiting from the Liberals’ hemorrhaging support.

“The NDP needs to rebuild a base, and they need to get heard within the media because a lot of people don’t know who Singh is,” Shields said. “You do that by formulating a clear policy that defines your party identity.”

“We know that young people are really concerned about the environment and a transformation of our economy to a green economy, these are things that [the younger generation] are impacted by, and I believe we can actually provide solutions to problems people are facing,” he said.

The by-election results highlighted the looming challenge NDP will face heading into the next general election. The People’s Party of Canada, which has made open hostility to immigration and diversity a core part of its political platform, won almost 11 per cent of the vote.

“Singh represents a particular vision, within society, which is kind of a multiculturalism idea, but his left credentials on economics are kind of weak in my view,” Shields said. “To counter this rise of far-right populism, you need both.”

It’s a complex balancing act for the NDP leader who has so far tried to focus on the progressive economic and social policies instead of his background.

“I don’t think about myself as one person, as an individual,” Singh explained. “I think about all the young people and what they can offer to families, for themselves, and for the rest of us, and how they’re not being able to do that because it’s so expensive.

“And that’s why I think we gotta tear down those unjust barriers,” he said.