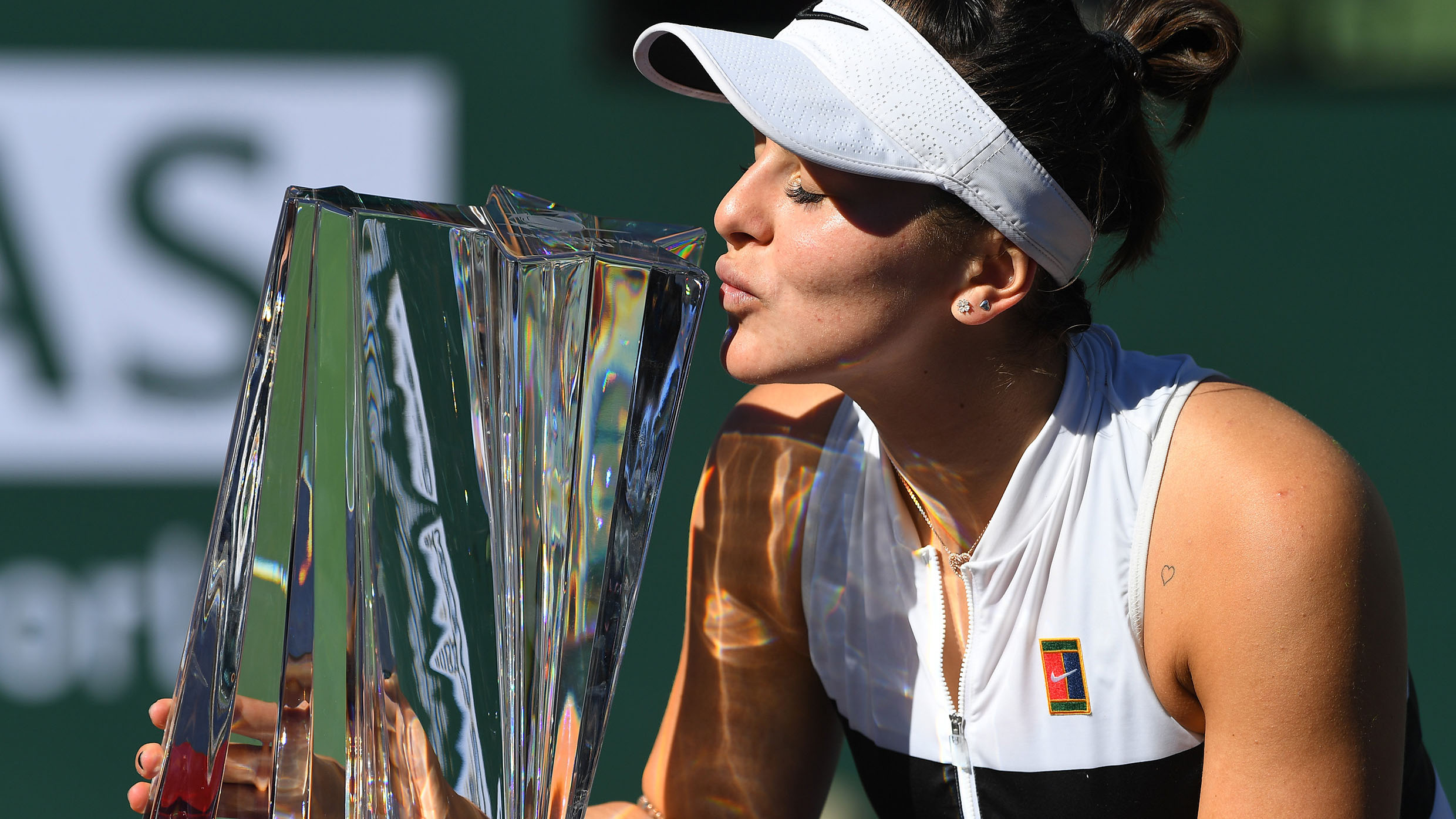 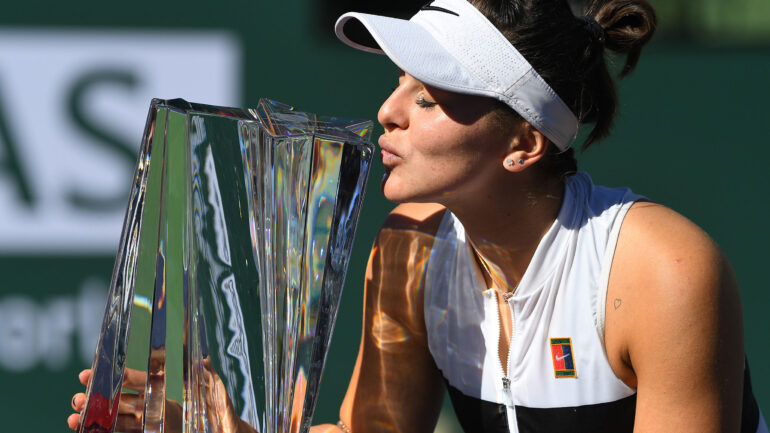 Bianca Andreescu (CAN) with the championship trophy after defeating Angelique Kerber in the final match of the BNP Paribas Open at the Indian Wells Tennis Garden. (USA TODAY Sports/Jayne Kamin-Oncea)

Bianca Andreescu is making her way up the world tennis rankings.

The Canadian teenage tennis sensation upset the eighth-ranked Angelique Kerber of Germany at the Indian Wells Masters tournament in California on Sunday.

Kerber and Andreescu split the first two sets but Andreescu came out on top at the end, solidifying her name as a tennis star.

The Mississauga native made history by becoming the first wild-card entry to win the tournament and also the youngest to win since superstar Serena Williams in 1999.

“The future for Canadian tennis is extremely bright. I don’t think anyone could argue against that,” Oliver Wheeler, Communications Coordinator at Tennis Canada said.

But Andreescu’s celebration will be short because the Miami Open Tournament begins on Tuesday and her first match is against seventieth ranked Irina-Camelia Begu of Romania.

Eighteen-year-old Andreescu was ranked at 178 in the world at the end of last season and arrived at Indian Wells unseeded. But with her first win she became an overnight sensation and rose to spot No. 24 in the world rankings.

Her opponent Kerber rose to No. 4. 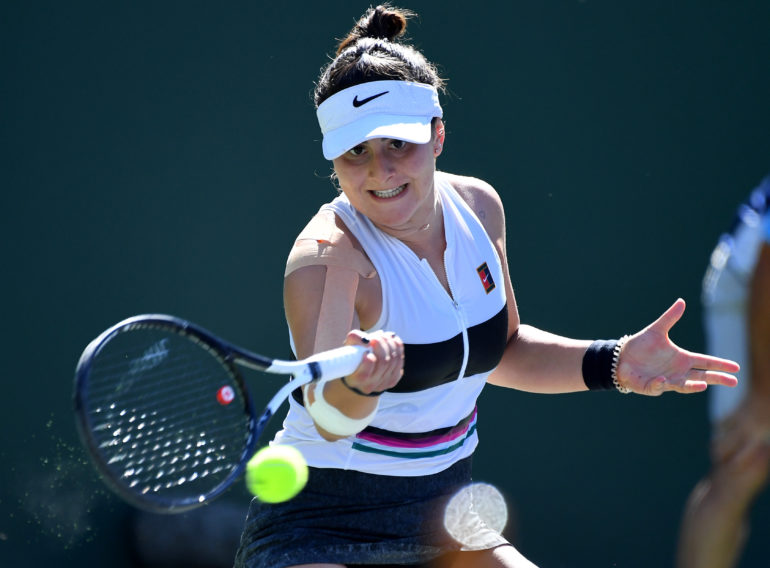 Bianca Andreescu (CAN) hits a shot as she defeated Angelique Kerber (not pictured) in the final match of the BNP Paribas Open at the Indian Wells Tennis Garden. (USA TODAY Sports/Jayne Kamin-Oncea)

At this point Canada should be accustomed to having their young tennis players rise to stardom.

On the men’s side, 19-year-old phenom Denis Shapovalov currently ranks at No. 23.

Montreal’s Eugenie Bouchard was only 20 when she ranked top 5 in the WTA.

Another big name in ATP men’s ranking is Milos Raonic, who was ranked No. 3 when he was 26-years-old.

Wheeler said Raonic and Bouchard paved the way and inspired Shapavolov and Andreescu to work hard and reach the top of their sport.

“It really gave them an example to look up to, they were able to see that it was possible, it forced them to work even harder than what they were doing in terms of training and preparing themselves for a career in tennis to get to the point where they are today and been very successful.”

This success can also be credited to the funding and resources of Tennis Canada and their National Training Centre and National Junior Training Programs.

“The national training centres have had a massive impact on where these players have come from, from a professional point of view in terms of teaching them from an early age what it’s required to take and make it as a professional and obviously that’s coupled with the inspiration that the likes of Milos provided they put those two things together and it creates a real atmosphere and a real setup for them to succeed,” Wheeler said.

They have centres across the country in Montreal, Toronto, Vancouver and Calgary to develop young players.