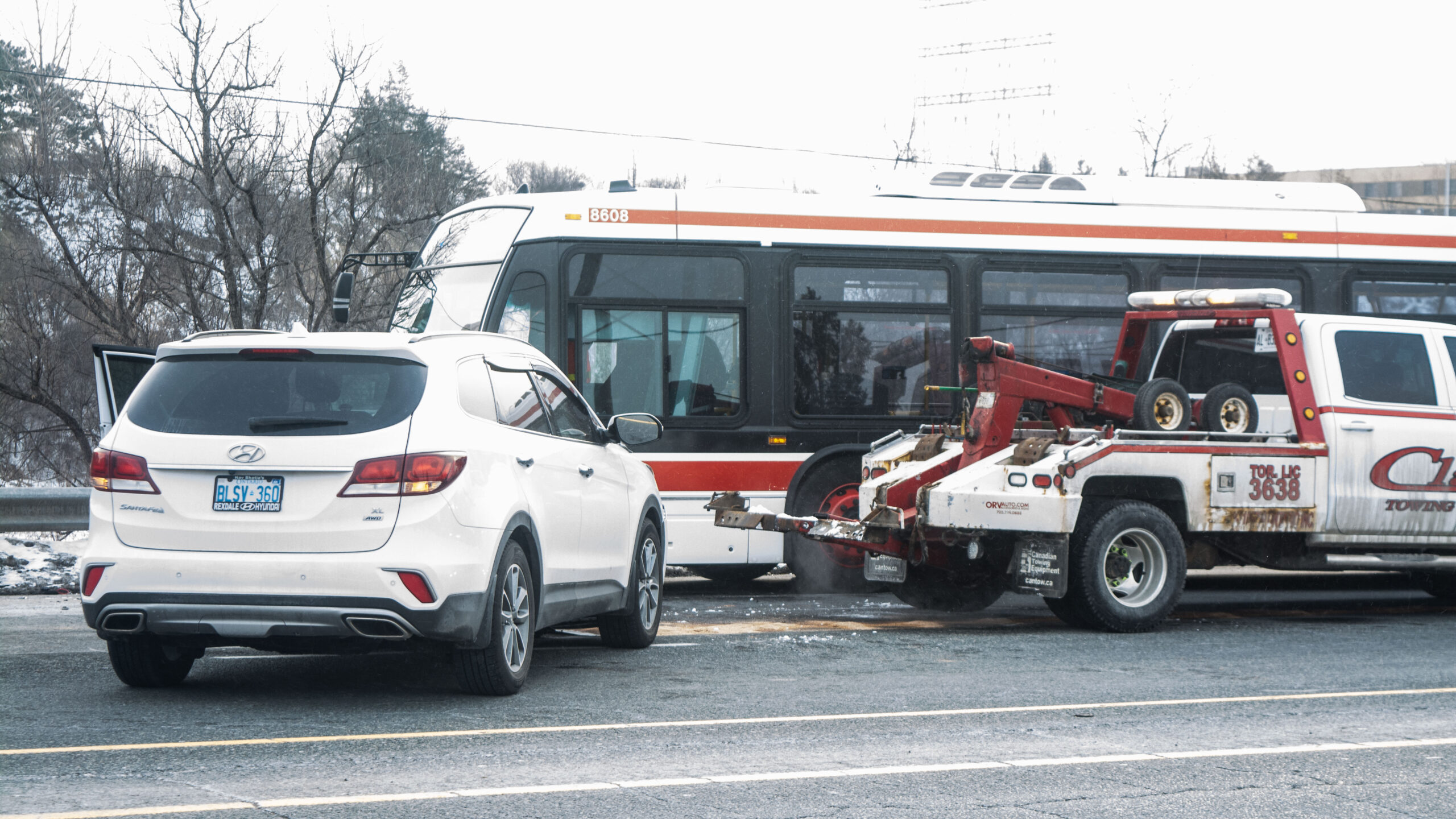 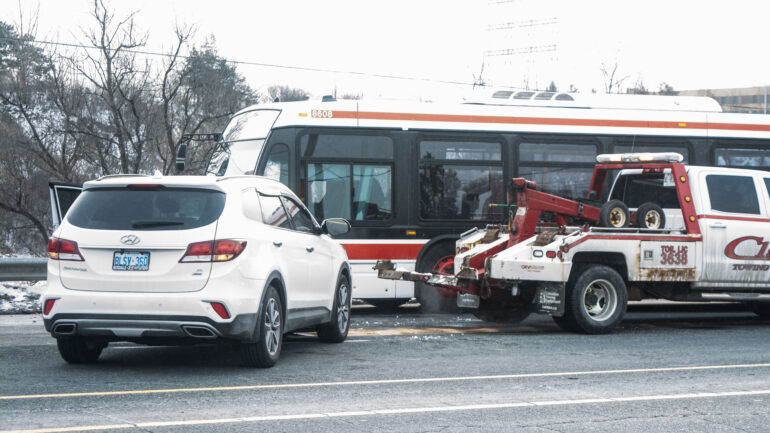 The SUV that crashed into both TTC buses early this morning on Highway 27 near Humber College. (Michael Thomas)

One person has been admitted to hospital after an SUV crashed into two TTC buses early Tuesday morning on Highway 27 not far from Humber’s North campus. 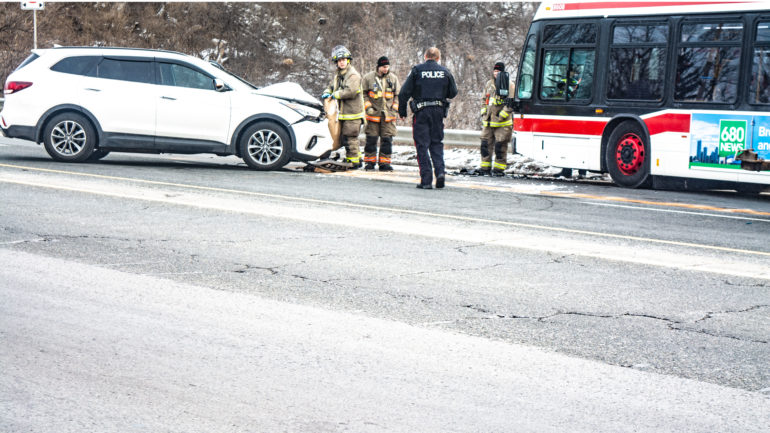 Police investigators and towing crew at the scene of a crash involving 2 TTC buses and an SUV Monday morning in Rexdale. (Michael Thomas)

According to CityNews police said they got a report that an SUV heading south crossed the middle lane and crashed into an oncoming bus then proceeded to hit a second bus as well.

It was believed that the victim had suffered life-threatening injuries but police later confirmed the injuries were minor.

According to CTV News, neither of the bus drivers was injured.

Police believe it was a medical problem that caused the accident.

The buses were not carrying any passengers at the time of the accident.

For a while, the 927 Express bus was forced to detour via Rexdale Boulevard because of the crash, and there were some lane closures as a result of the accident and the investigation by police.

The TTC would not comment on the accident and referred any questions to Toronto police.