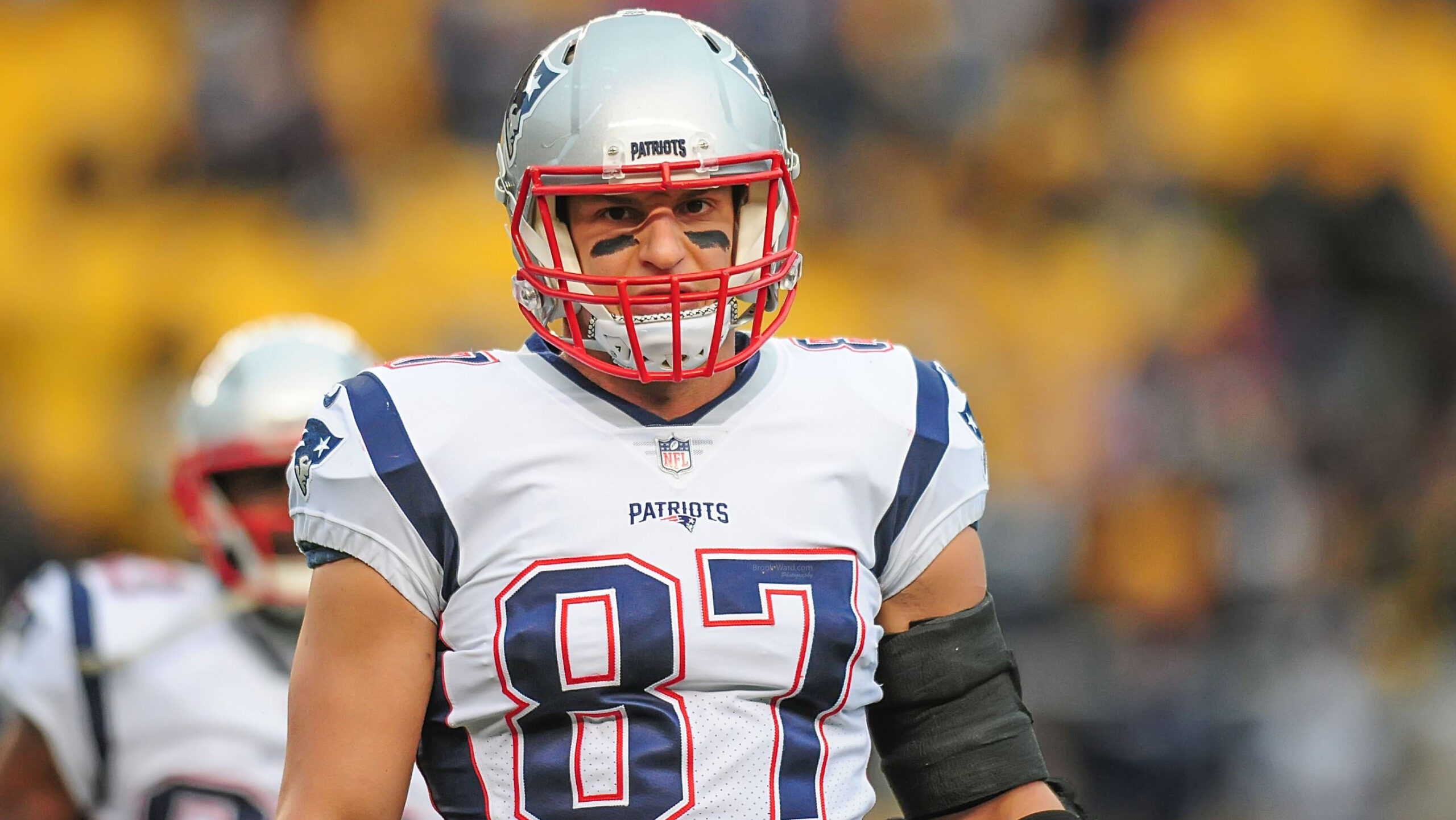 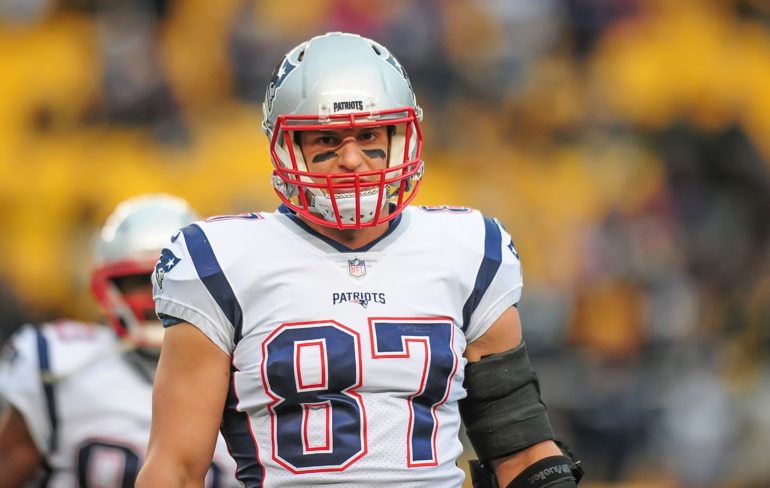 New England Patriots Rob Gronkowski is hanging up his cleats after nine seasons of dominance at the tight end position in the NFL.

Gronkowski, who is a three-time Super Bowl champion and the only tight end with over 1000 receiving yards in the postseason, announced his retirement via Instagram on Sunday evening.

He played in five pro bowls, was awarded four first team all-pro spots, won NFL comeback player of the year in 2014 and led the league in receiving touchdowns in 2011.

Gronkowski hasn’t played a full 16-game season since 2011 and has had many injuries throughout his career including concussions, hernias and fractures.

“You could see towards the end of the season he wasn’t the same player, even though the Patriots did everything they could to preserve his body. But in saying that, I don’t think it would be a huge surprise if he took the year off to let his body rest and came back next year.” said editor of The Raiders Wire, Marcus Mosher.

He played in 13 games this past season and tied his career low for touchdown receptions with three. He did play all three games in the playoffs for New England but didn’t catch a single touchdown in the post-season.

“Injuries made him retire. Why would he risk anymore to screw his body up? He’s made a crazy amount of money throughout his career. Gronkowski has actually only spent the money he’s made on endorsements and until last season, he never touched his NFL salary or bonuses. Last season, I believe he bought himself a chain with some of his salary,” said the CEO for national media sports outlet WTP Sports, Joe Scotch.

Gronkowski will turn 30 next month but still holds many NFL records including most receiving touchdowns by a tight end in a single season with 17 in 2011.

“There’s no one on that (New England) roster that could come close to Gronkowski. If you look at the last 20 years of the Patriots, where they’ve been extremely successful, he may be in the top most impactful Patriots of all-time, with Tom Brady by his side. He’s a sure-fire hall-of-famer. I expect them to completely change the way they play this season without him,” said Mosher. 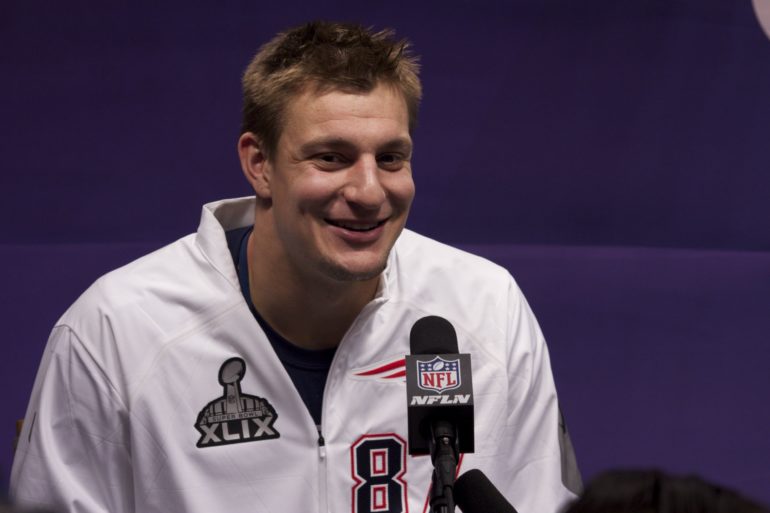 Rob Gronkowski at a Super Bowl media day in 2015. (flickr/webn-tv)

Gronkowski announced his retirement just a month before the NFL Draft and two weeks after the free agency window opened, where players with expiring contracts are free to sign with new teams.

“I think (Bill) Belichick (Patriots head coach) asked him to make a decision with the draft coming up. The Patriots needed to know what was going on or if they should draft a tight end and now with Gronkowski’s retirement being official, they can explore their options,” said Scotch.

Retirement rumors have been around Gronkowski since he threatened to retire if New England traded him to Detroit following the 2017 season.

“I wasn’t shocked. The only thing that was a bit surprising was how late in the year it was with training camp not too far down the road. I just assumed he was playing this coming year,” said Scotch.

The New England Patriots beat the Los Angeles Rams to win the Super Bowl in February, where Gronkowski made a key play with a twenty-nine-yard catch over 2 defenders, midway through the fourth quarter.

“After the Super Bowl victory, I thought there was a 75 to 80 per cent chance he was going to retire. It lowered as time went on, which is what makes this late timing so surprising,” said New England Patriots insider, Michael Mikula. 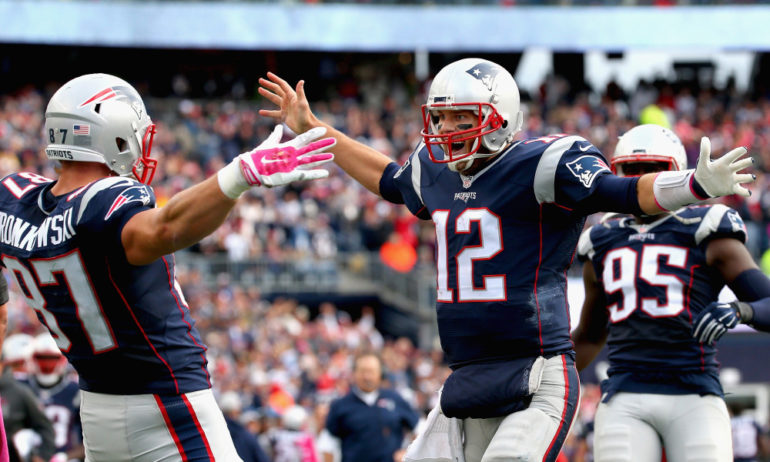 Although Gronkowski’s career has been riddled with injuries, he still managed to have four 1000-yard seasons, along with five seasons of at least ten touchdowns.

“For me, he’s so close to the top, but I’d have to put Tony Gonzalez as the best ever, with Gronkowski right behind him. If Gronkowski had a little more longevity with around two to three more years in his career, he’d be the best ever to me,” said Mikula.

Tony Gonzalez played for Kansas City and Atlanta during his 17-year career. He never won a Super Bowl, but is inducted in the Hall of Fame.

“If you go strictly by stats, game impact, athleticism, size and strength? Rob Gronkowski is the best tight end ever,” said Scotch.

“He was the most dominant and dynamic tight end we’ve ever seen,” said Mosher.