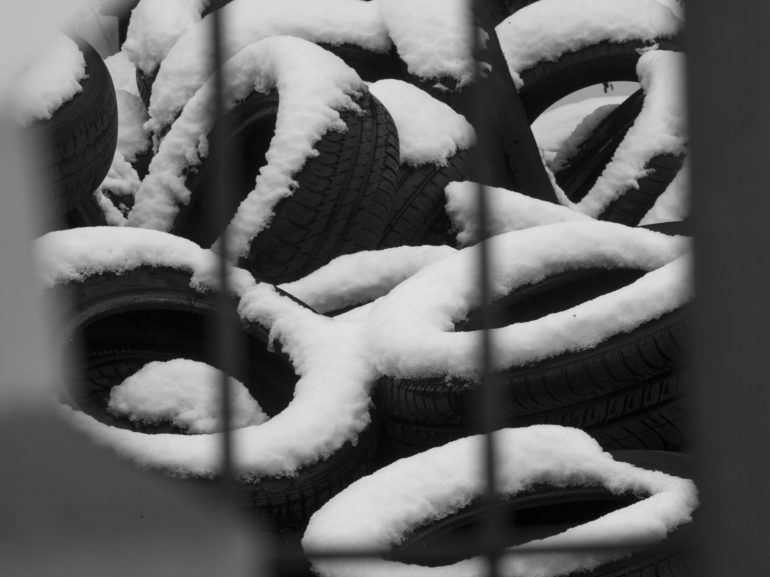 Toronto drivers are stoically accustomed to a multitude of factors that cause commuting delays, including traffic congestion, deteriorating highway infrastructure and rubbernecking motorists.

Come winter, there’s one additional unavoidable factor that slows everyone down — snow.

Nearly 70 per cent of Ontario drivers on average voluntarily equipped their vehicles with winter tires in 2018, according to a survey conducted by the Tire and Rubber Association of Canada.

“The question is, how many of that remaining 30 per cent [without winter tires] were instrumental in collisions?” said President and CEO Brian Patterson of the Ontario Safety League.

At this time, there is no legal requirement in Ontario to equip a vehicle with winter tires, although the OSL would support legislation if it were drafted.

The Ministry of Transportation of Ontario (MTO) said in a provided statement it is “not considering [a law] in any part of the province … due to effective snow clearing operations and the fact that not all vehicles need to be operated every day.”

“Although Ontario has not made winter tires mandatory, it has taken other steps to encourage their use in the province,” namely a law passed Jan. 2016 requiring all Ontario car insurance companies to offer a discount for vehicles equipped with winter tires, the MTO said.

Quebec is the only province where winter tires are required by law between Dec. 15 and March 15. Last year, 100 per cent of drivers swapped out their tires for the colder season, according to the TRAC study.

Quebec saw a drop in winter road collisions after they implemented the law in 2008.

The creation of such a law in Ontario would no doubt reduce the number of winter collisions and ease overall congestion during snowy commutes, All About Imports owner and mechanic Lou Trottier said.

All About Imports owner and mechanic Lou Trottier thinks everyone should have a set of winter tires to ease snowy commutes. (Justin Mowat)

“I wholeheartedly believe that if everyone had a set of winter tires, we’d all get home quicker,” he said.

The majority of Ontario drivers who resisted winter tires in 2018 said they did so because their all-season tires were good enough for year-round driving.

That’s a myth Trottier has broken down often for consumers wary of purchasing a set of winter tires.

All-season tires were “truly all-season” in previous decades due to a lack of regulatory fuel economy standards, but the tires have been modified over the years to increase traveling distance, Trottier said.

The implementation of fuel economy standards has resulted in modifications to the treads on all-season tires, which now have significantly less traction, especially during the winter season.

That’s when all-season tires start to become less pliable and lose their grip — and it’s also when winter tires are made to step in and take over, he said.

While winter tires are proven to be better than all-season tires on snowy, cold roads, safe winter driving goes beyond the requirement to only equip a vehicle with a set, Patterson said.

“Legislation is not the only way to bring [improved safety] about, it’s also about education,” he said, and the best way to do that is by showing drivers first-hand the effectiveness of winter tires.

“I don’t know anyone who’s put them on and said, ‘I’ll never do that again,’ they instead become an advocate for winter tires,” Patterson said.

When Trottier sells a set of winter tires, he said his pitch always comes down to stopping distance.

“Listen, if we have two identical cars with two identical drivers and they need to make an emergency stop … the one with winter tires will always stop two car lengths better,” Trottier said.