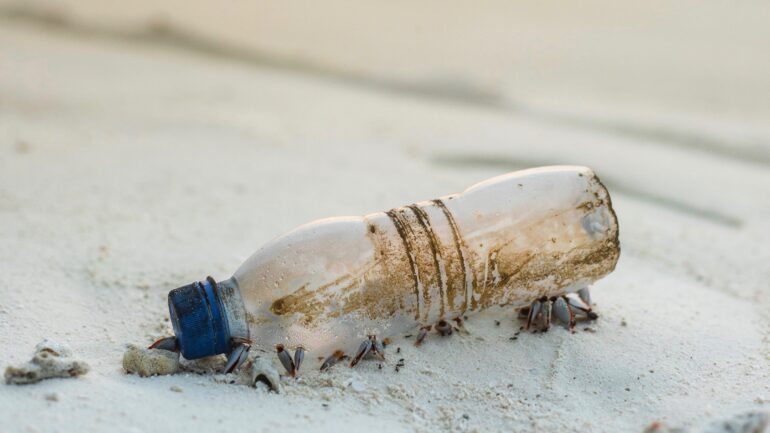 Single-use plastic water bottles end up on beaches, in landfills and oceans and cause harm to wildlife. (Unsplash/See from the Sky/Ishan Hassan)

Single-use plastics contribute a great deal to plastic pollution all over the world and governments in Canada and across the world are beginning to take action.

United Nations members agreed to move toward reducing single-use plastics on Friday on the final day of the UN Environment Assembly in Nairobi, Kenya.

The paper explores ways to reduce the amount of plastic waste and the role governments have in reducing plastic waste.

The Ontario government is looking for feedback from stakeholders and the public on the matter.

The production of plastic is harmful because the material is derived from oil, said Sarah King, head of Oceans and Plastics Campaign at Greenpeace Canada.

Plastic is also non-biodegradable and breaks down into microplastics that can be mistaken as food, cause harm to wildlife and contaminate the food chain, King said. 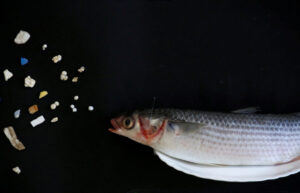 A grey mullet is shown next to microplastic found in Hong Kong waters during a Greenpeace news conference in Hong Kong, China, April 23, 2018. REUTERS/Bobby Yip/File Photo

“One in three turtles, nine of 10 seabirds and over half of all whale and dolphin species have ingested plastic,” she said.

King said single-use plastic is a major contributor to plastic waste in Canada, even though the material is recyclable.

The Ontario NDP also announced it is looking to push forward a private member’s bill that proposes a ban on all single-use plastics in Ontario by 2025 on March 12.

“We know that diverting waste from landfills is essential to cleaning up the soil, water and air pollution we’re living with as a result of corporations producing single-use, non-biodegradable plastics at an alarming rate,” Ian Arthur, NDP MPP and the party’s critic for the Environment and Sustainability, stated in a press release on the party’s website.

The public is receptive to reducing plastic waste in Ontario and Canada more widely.

Motion M-151 was passed unanimously by the House of Commons this past December. The motion presented by NDP MP Gord Johns includes a plan to “reduce and regulate consumer and industrial use of single-use plastics” and “promote education and outreach campaigns on the root causes and negative environmental effects of plastic pollution.

King said if Canada seriously wants to reduce its amount of plastic waste, the problem has to be tackled on a larger-scale, at the source.

“The best way to reduce plastic waste and curb the plastic pollution crisis is to help stop it at its source by urging companies and the government to support a new system not reliant on single-use plastics,” she said.

The proposed measures agreed upon at the UNEA look to reduce “marine litter including plastic litter and microplastics from both land and sea-based sources” by 2030.

Still, many green organizations believe the agreement does not go far enough and in the end, was watered down because of opposition from a minority of nations including the United States.

The agreement remains voluntary and is not legally binding like some nations — Norway, Japan and Sri Lanka — suggested.