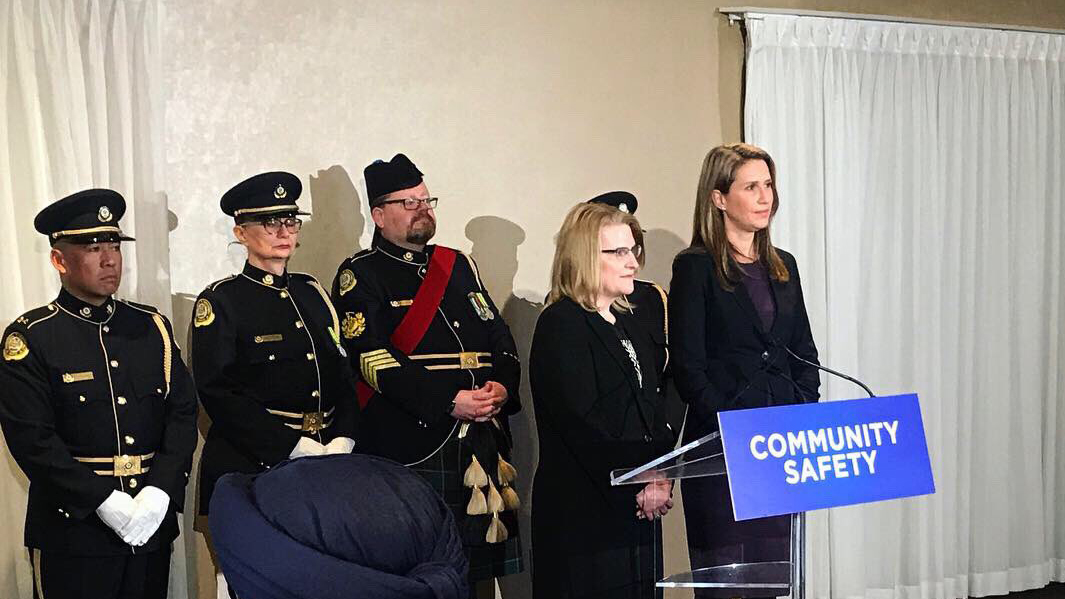 Ontario Attorney General Caroline Mulroney and the province’s Minister of Community Safety and Correctional Services Sylvia Jones delivered outline the plan in a speech this morning in the west end of Toronto. (Twitter).

Attorney General Caroline Mulroney and the Community Safety and Correctional Services Minister Sylvia Jones outlined the plan in a speech in the west end of Toronto.

“Anyone who picks up a newspaper or turns on the television can see a glimpse of the devastating impact of gun and gang violence on individual victims on families and on communities,” Mulroney said.

“Left unchecked gang recruitment robs innocent young people of a brighter future,” she said. “The next phase of our strategy is to help the communities to fight back against gangs who prey on our young people and put everyone’s safety at risk.”

This province-wide plan is to enhance local enforcement, prosecution and prevention and intervention initiatives.

Mulroney stressed the need for measures to be taken to help at-risk youths from reaching the point where they resort to joining gangs and destroying their lives.

For those who are already in gangs, the province wants to help create pathways out of these gangs, and implement strong measures to punish and discourage membership in the first place.

Mulroney said her government is introducing the Youth Violence Prevention and Resilience program to help young people 15-29 to stay on the right track.

As well, there will also be a program aimed at Indigenous youth — including young women — to prevent them from being victimized, recruited and exploited by gangs and human traffickers across Ontario.

“Every time a gang member fires an illegal gun, someone’s loved one is put at risk. Every time a drug dealer sells dangerous narcotics, an addict they created is someone’s brother, sister, daughter, mom, son or dad,” Jones said.

“Every time organized crime engages in human trafficking — as they often do — someone’s child is the victim.”

Jones reminded the audience of the daylight shootings of two sisters in a Scarborough playground last year.

“That reminds us of why we are here. Listen to what the mother of those girls had to say: ‘My children are not the same, my family is not the same. Because of this, I could have been burying three of my kids because of their stupidness.’“

Jones reinforced Mulroney’s point for having a safer community and how gang crimes are ending up in the correctional system, as well.

“The increasing gun activity we see in our institutions is a downstream consequence of Ontario’s gang problem.”

When asked by a reporter how much provincial money was added to the federal money Jones did not answer directly even when pressed for an exact number.