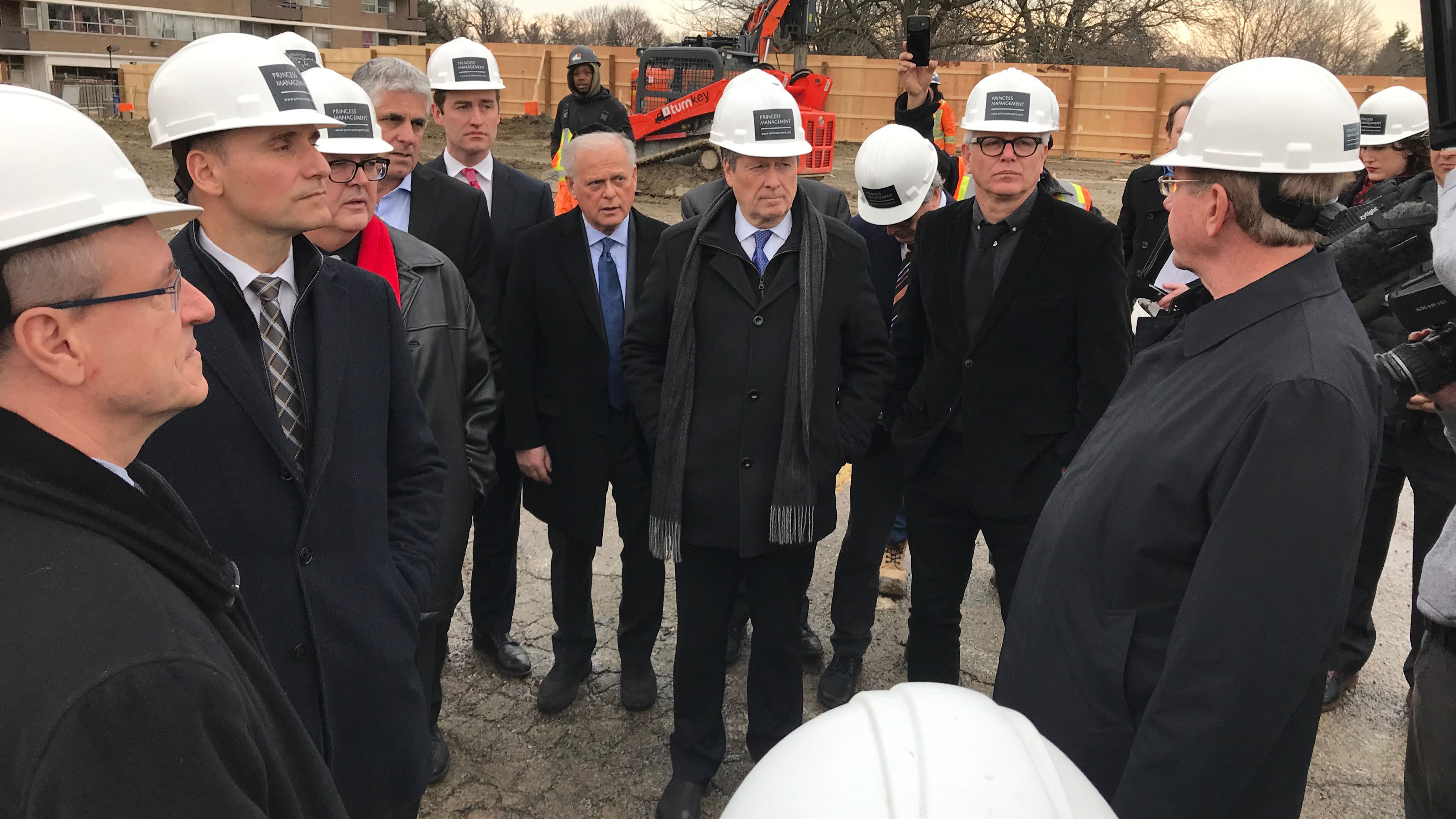 Two hundred and fifty-nine new affordable rental housing units are being built in central Etobicoke, thanks to an $89 million investment by the federal government through Canadian Mortgage and Housing Corporation (CMHC). 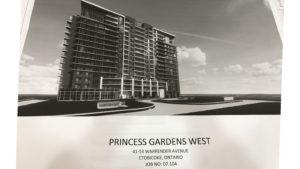 The outline of the new affordable rental housing in Etobicoke, which will have 259 units and will generate 32 per cent less greenhouse emissions. (Ross Lopes)

The new project by CMHC’s Rental Construction Financing initiative will help ensure that Toronto has affordable rental housing where it is needed, Mayor John Tory said on Thursday morning during the announcement.

“[The project is] one that Canada’s mayors had been asking for for years and that this government has delivered, and the money is actually flowing to show that it’s not just a document sitting in somebody’s office in Ottawa, but it is something that is being brought to life in projects in this city,” he said.

The 259 new units will be built in The Terraces of Princess Gardens located near Kipling and Eglinton and should be open by 2021.

The units will have rents at or below 30 per cent of median income in the area and affordability will be maintained for at least 62 units for at least ten years, said the Minister responsible for Canada Mortgage and Housing Corporation Jean-Yves Duclos.

“Immediately after taking office in 2016 … we have made unprecedented investments in housing nearly doubling funding from the Canada Mortgage and Housing Corporation during the first two years of our mandate,” he said. “We follow that up with national housing strategy, a ten year $40 billion dollar plan, including investments in community housing that ensures long term stable funding for the housing sector.” 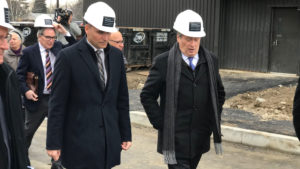 Mayor John Tory and Minister Jean-Yves Duclos walk together towards the construction site of the new apartment building in Etobicoke, which is located on Warrender Ave. close by to multiple schools, supermarkets and transit. (Ross Lopes)

Duclos also said at least 10 per cent of the units will be accessible and the building will be 20 per cent more energy efficient than required by National Building codes, and that it will achieve 32 per cent reduction in greenhouse gas emissions.

“For us and for all housing leaders and stakeholders, housing is more than just building houses, it’s also about creating a home that is affordable, energy efficient and accessible for Canadians living with disabilities,” he said.

Parliamentary Secretary to the minister, Adam Vaughan, said that even though 259 units is a good start, it’s not actually a start.

“It’s probably the third start we’ve had in the city so far since the summer, but it shows that the money is real, it’s happening and investing in peoples lives right now,” he said.

One of the things Vaughan said the money will be put towards is affordable housing for homeless people in the city.

Funding for the Homeless Park Strategy — now called Reaching Home —  was doubled and the program was extended to ten years.

“… we’ve allowed those dollars to be spent on supports [and] not just rent so we know that getting people into housing is critically important. But we also know that if you don’t get support with that housing those people don’t stay in that housing,” he said. 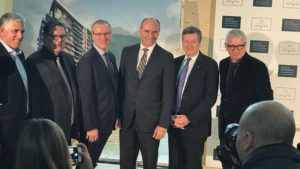 Left to Right: Evan Miller, Borys Wrzesnewskyj, Jean-Yves Duclos, John Tory and Adam Vaughan along with others pose in front of the buildings design as media takes photos at the end of the press conference on Thurs. March 14. (Ross Lopes)

Reaching Home has broadened their spending allowances to allow supportive housing to be used to prevent homelessness and provides the supports that allow them housing mechanisms to sticking to work and to be sustained, Vaughan said.

“If you don’t create long term sustainable funding that grows over time, you de-house people,” he said.