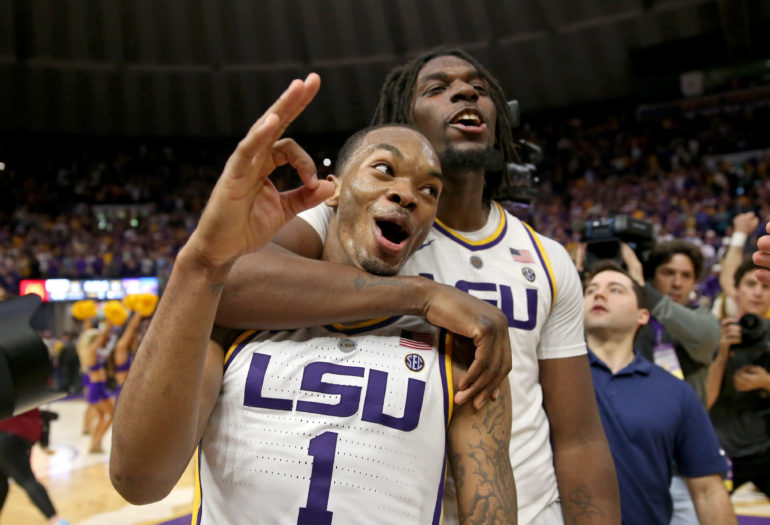 Both teams are looking to bounce back after being absent from last years tournament.

The more intriguing game of the afternoon will begin shortly after at 12:40.

Players to watch in this game include Ivy League Player of the Year, Miye Oni.

The 6’6″ junior averaged 17.6 points per game this season for Yale.

On the other side of the ball, keep an eye out for Tremont Waters of LSU.

The sophomore’s 12.4 offensive rebounds per game ranks second in the NCAA to go along with his 15.1 points per game.

Also, keep an eye out for Montreal native Eze Dike on Yale.

The Freshmen plays a minor role on the team but could get some minutes off the bench today.