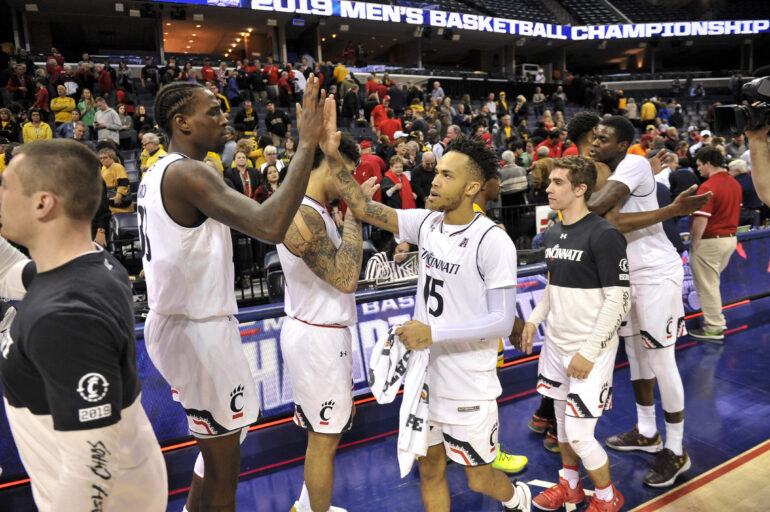 The NCAA March Madness tournament kicked off yesterday with the first 16 games being played, and it did not disappoint.

There were many close games that left us at the edge of our seats, to go along with some great individual performances.

Day two of the tournament begins with the 10th ranked Iowa Hawkeyes taking on the seventh-ranked Cincinnati Bearcats at 12:15 this afternoon.

Cincinnati is hoping to improve on their second-round exit at last year’s tournament, while Iowa is in the tournament for the first time since 2016.

The player to watch on the Bearcats is American Athletic Conference Player of the Year, Jarron Cumberland.

The 6’6″ junior is said to be one of the top playmakers in the NCAA.

He averages 18.4 points per game to go along with his 3.5 assists per game while sinking over 40 per cent of his three-point attempts.

The top offensive producer for the Hawkeyes is forward, Tyler Cook.

The 6’9″ junior averages 14.9 points per game and also leads his team in rebounds per game with 7.9.

In a close game, keep an eye out for guard Jordan Bohannon, who is known for coming up big in the clutch.

The 6’1″ junior leads the country with 75 points in the final two minutes and overtime of games.