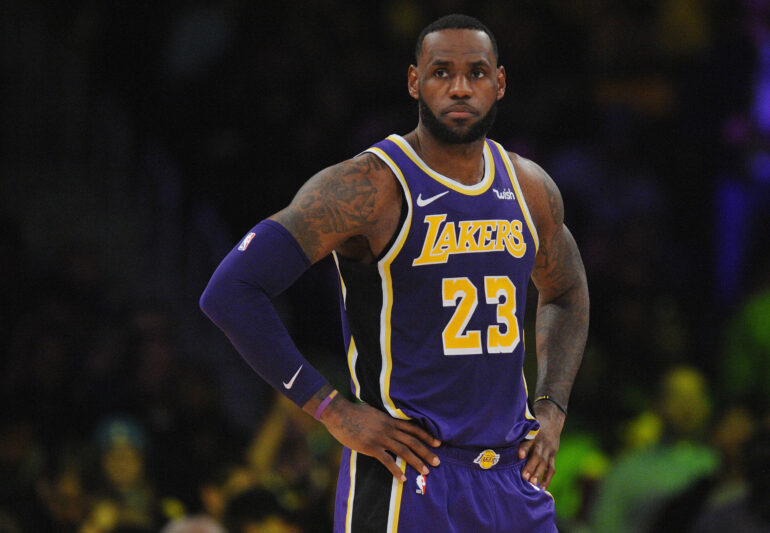 This accomplishment caused the basketball world to explode on social media with many people congratulating James on the feat.

🚨 @KingJames moved up to 4th on the NBA’s all-time scoring list with this AND-1! 🚨 pic.twitter.com/gaJW6Gt1fL

James said he really respected Jordan as a player and thanked him for everything he did for the game of basketball.

THANK YOU M.J!! Still tripping about last night. Couldn’t have in a trillion years thought that would be possible especially knowing where I come from and what I watch him do every single night! Doesn’t make sense to me to be honest. Man it’s CRAZY!! I know you guys think I’m tripping but if you knew me and my friends growing up you’d understand. Beyond blessed and appreciative of all the congrats from family, friends, colleagues, strangers, haters(😉), etc etc!! For the ones who been on the journey from Day 1 and I mean Day 1 I thank you even more!! Love 🙏🏾‼️‼️‼️❤️. #striveforgreatness🚀 #thekidfromakron👑 #jamesgang👑 #stillmoretocome💪🏾

This puts James into number four on the all-time points list behind Kobe Bryant.

James is often linked to Jordan as there is constant debate as to which is the greatest basketball player of all time.

Take a look at the achievements from both players so far in their careers.