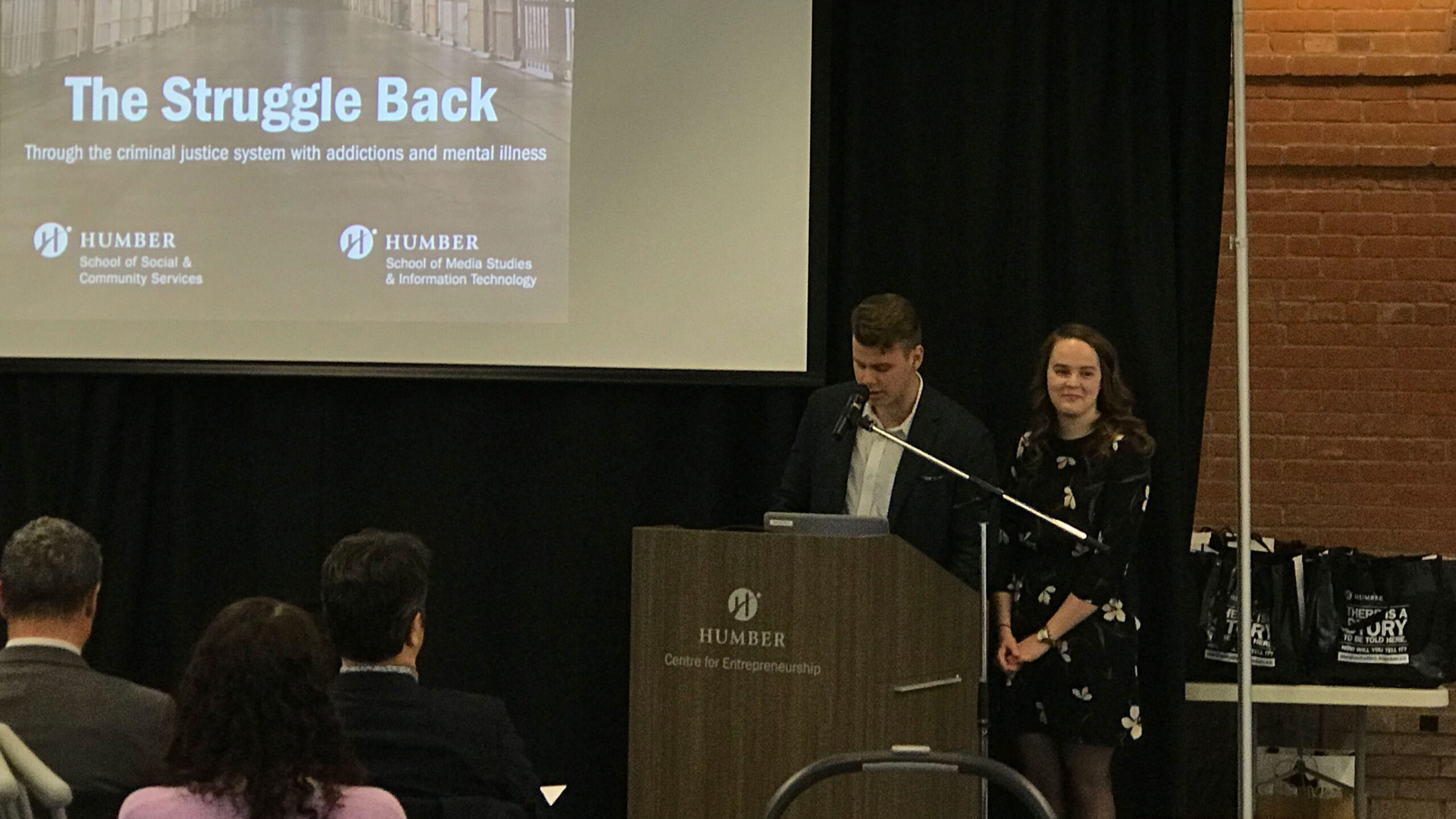 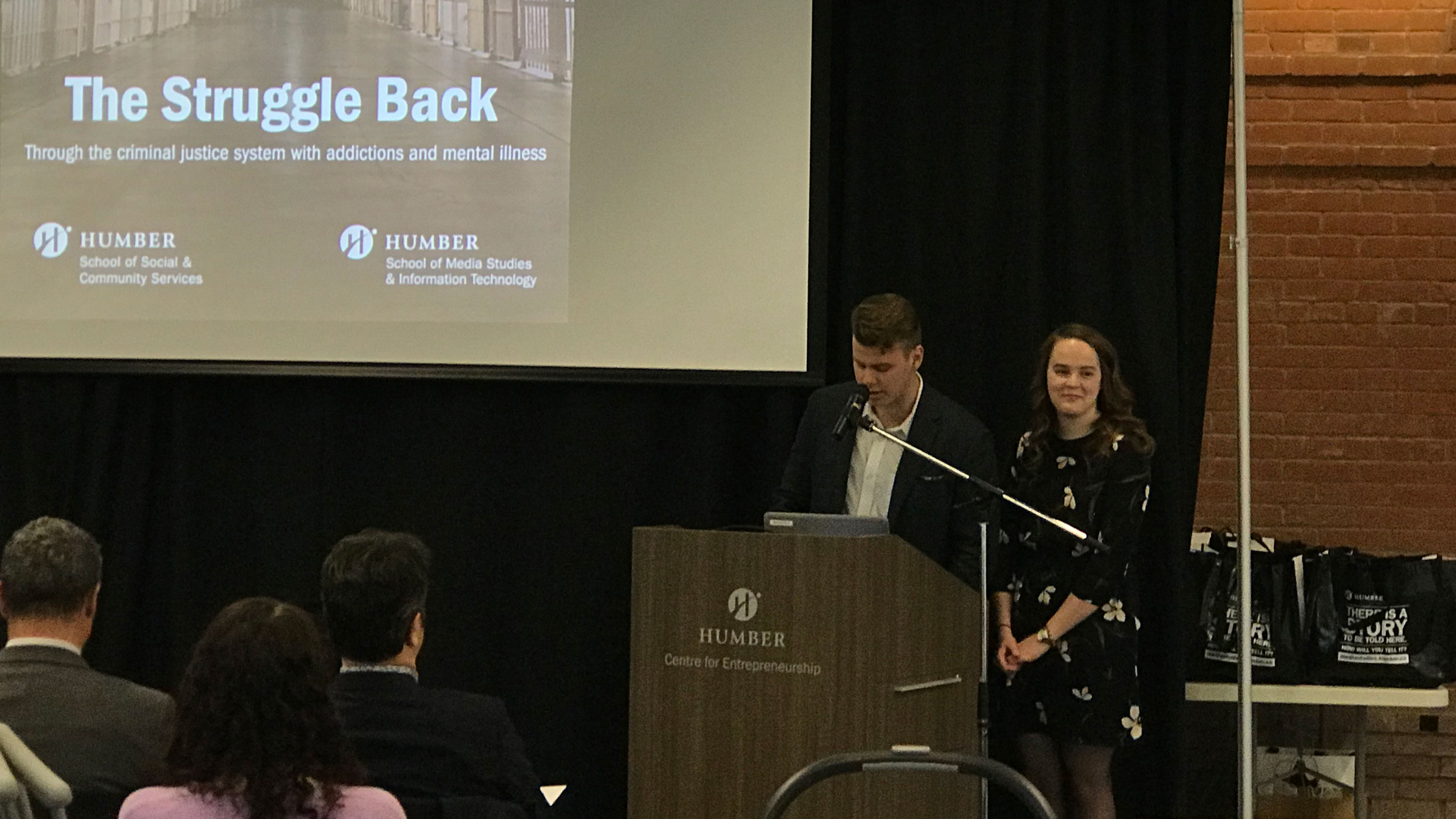 It was a packed house at Humber’s Lakeshore campus Thursday afternoon for the first screening of the documentary “The Struggle Back,” produced by Humber’s Police Foundation and Journalism Degree Programs. 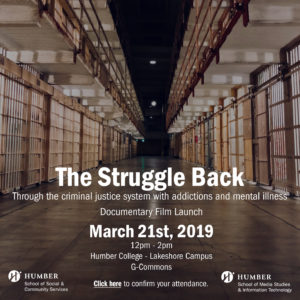 Documentary’s poster for the premiere of the film at Humber Lakeshore. (Courtesy Humber College)

The programs partnered to create a film highlighting the struggles of people with addiction and mental health problems.

The film is about three men who share their stories of addiction and mental health challenges as well as their interactions with the police, Journalism Bachelor Degree Program Coordinator, Dan Rowe said.

“It really is three first person perspectives kind of woven together,” he said. “There are different aspects to this story but they’re very personal narratives.”

The idea for the documentary came from Arun Dhanota, a professor in the Humber Police Foundation Program, who approached Rowe about partnering the programs to make it happen.

Through her own personal and professional life, Dhanota said she noticed that when people are going through a crisis, a lot of the time they tend to run towards experts “as they should.”

The film was made by four students, two from journalism — Melissa Krikke and Gulzar Wander — and two from police foundations, — Justin Sostarich and Connor McCullough — Rowe said.

One of the journalism students who worked on the film, Melissa Krikke, said working on the film gave her an opportunity to work with a community partner, Regeneration Community Services, that is doing really meaningful work in Toronto communities.

“Working on the film was an incredible experience [and was] an opportunity to tell stories about mental health, addictions, and criminal justice that really need to be heard,” she said. “It was an opportunity to work with faculty members that have constantly inspired us and to work with fellow colleagues that were dedicated and driven.”

Rowe said from his and Dhanota’s “perspective, it was a lot of behind the scenes, organizing and planning, but the work was really done by the four students … who brought their knowledge, care and interest about this topic.”

“We were very lucky that we had a really good team, synergy was great between all of us,” Dhanota said. “Even though [Rowe] and I come from two very different programs … I think him and I, we just automatically understood each other, what we were trying to do, and what was the purpose and meaning of this project.” 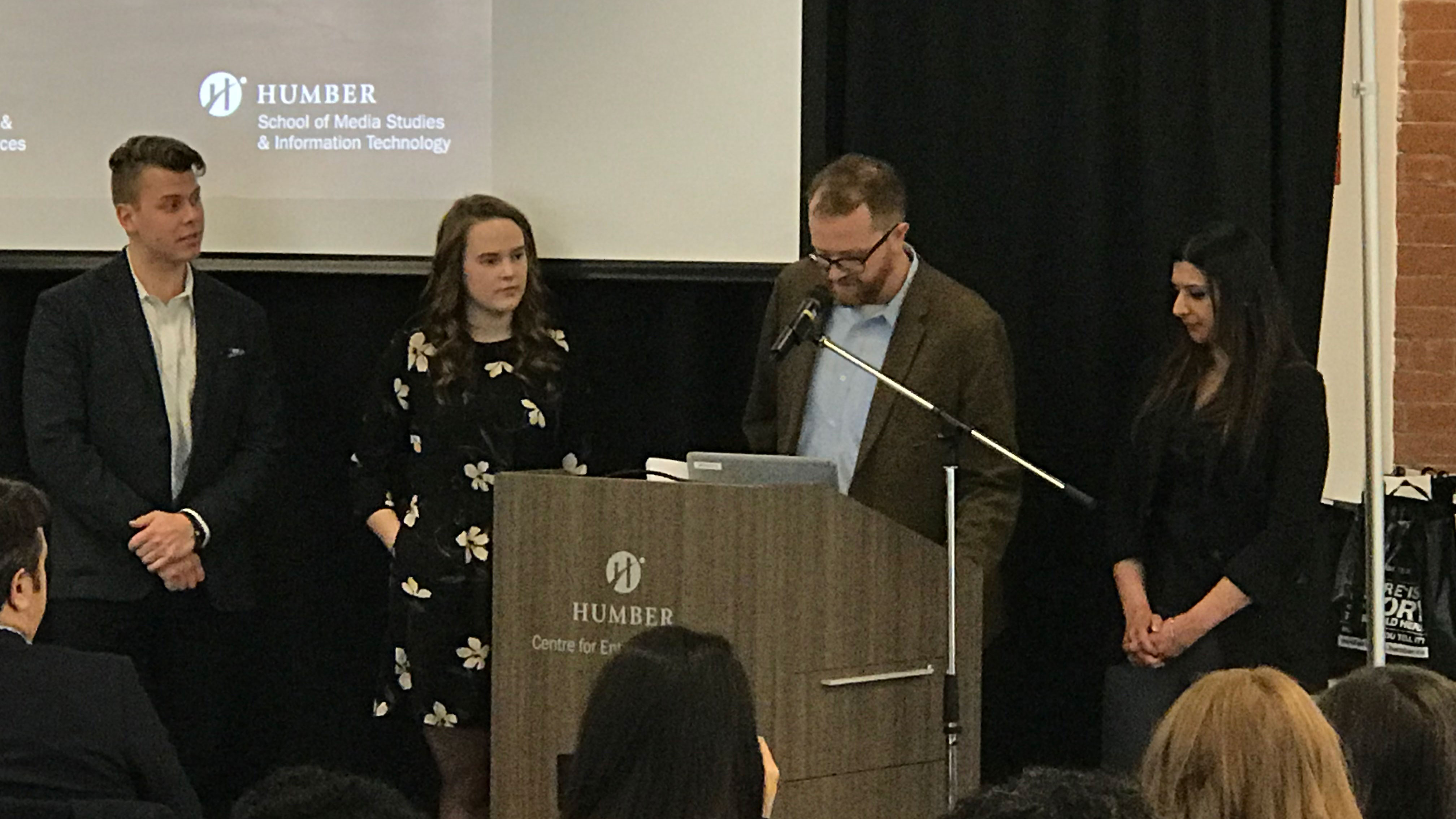 Justin Sostarich, Melissa Krikke, Dan Rowe and Arun Dhanota speak briefly after the film about their part in the production and how happy they were to see the finished product. (Ross Lopes)

The hope afterwards is to use the film widely both at Humber and particularly in various different social and community service programs, but also the intention is to spread it widely through other colleges, Rowe said.

“It was always intended to be a teaching tool,” he said. “It’s meant for a very targeted audience … and the idea is it’s meant to be sort of a tool for teaching and training and hopefully it will help some people build some empathy or better understand the situation.”

Krikke said she learned a lot from the experience, particularly about mental health and addictions.

“It’s really powerful to hear someone share their own personal experience and understanding someone else’s experience is really the first part of understanding a larger narrative,” she said.

Dhanota said she hoped the film will help build more awareness, and provide communities the opportunity to build more of a dialogue about mental health and addiction, and to make it as public as possible.

“Mental illness and addiction is real and it can affect all of us, no one is immune to it,” she said. “But there’s always hope and I think if anything, this film can show … there is a way to overcome your tragedies in a crisis.”