A number of the one-of-a-kind dolls made to represent different women in a variety of fields. (Twitter.com/Barbie)

To celebrate the 44th International Women’s Day and the 60th anniversary of the Barbie doll, the Mattel toy company has revealed a ‘Role Model’ collection displaying inspiring women from around the world.

The one-of-a-kind dolls, which will not be available for retail sale, are meant to represent empowering role models and inspire girls. As the toy’s marketing slogan says, “Be who you want to be”.

One of the women that has been chosen to take part in the initiative is star Canadian figure skater Tessa Virtue.

Tessa is half of a championship duo with her partner Scott Moir, the two having won numerous medals at not only figure skating championships but the Winter Olympics.

I’ve been wanting to share this news forever!@Barbie’s 60th anniversary #YouCanBeAnything campaign is honouring #MoreRoleModels in their continued commitment to #CloseTheDreamGap-SO EXCITED & HONOURED to be part of it.

More to come, need to collect my emotions first 😭 https://t.co/xg24LRFGtj

Other women that are a part of the new collection include artist Frida Kahlo, aviator Amelia Earhart, gymnast Gabby Douglas and model Ashley Graham.

As a pioneer in math and science, Katherine Johnson broke barriers as she wrote calculations that were critical to the success of sending astronauts to the Moon. ⁣ ⁣ Thank you for being an inspiration to women everywhere, Katherine! #BlackHistoryMonth #Barbie📚🚀🌖

The collection has women from a wide diversity of vocations, whether famous chefs, businesswomen, activists, doctors, athletes or artists.

Every woman chosen has their own independent story explaining why they would be role models to younger children, who often play with the popular dolls.

As the first African-American gymnast in history to become the Individual All-Around Champion, Gabby Douglas knows a thing or two about breaking records and barriers! ⁣ ⁣ Thank you for being a shining example to little ones everywhere, Gabby! #BlackHistoryMonth #Barbie 💪🤸‍♀️

Even though the dolls honouring these famous personalities aren’t for sale, the company will also be releasing a collection of dolls with a variety of women in different careers, in a series that will be available for purchase. 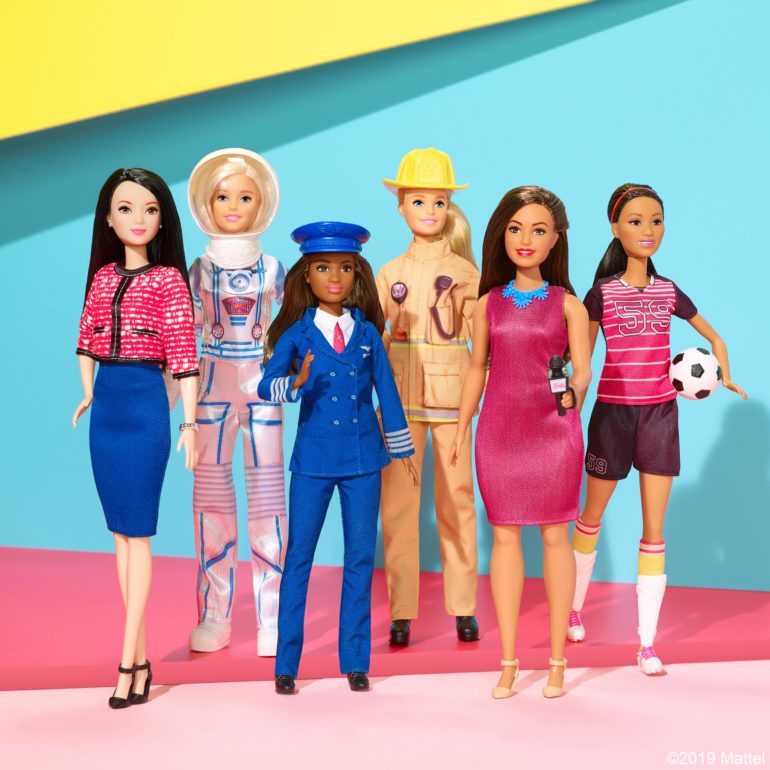 Dolls for purchase made to represent women following their dream careers.(Twitter.com/Barbie)