An entrepreneurial initiative to solve problems faced by international students 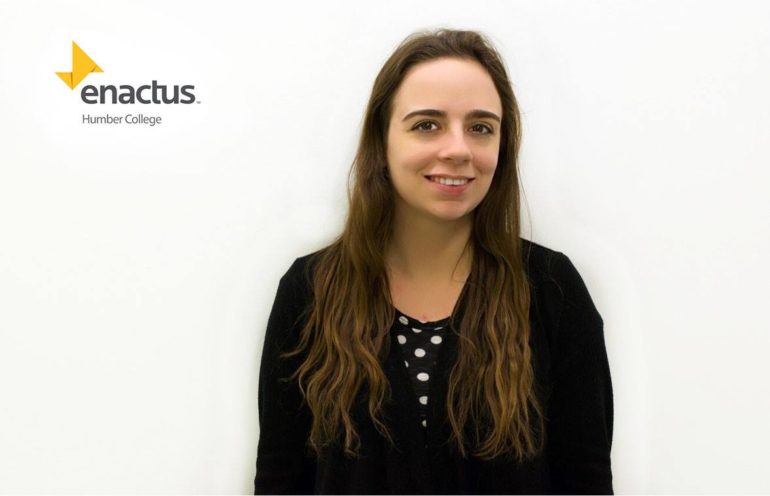 Amelia Savoie, Co-President of Humber Enactus, said the youth wellness project would eventually be extended to every newcomer in Toronto. (Courtesy: Enactus Humber)

Shah Bano’s smartphone would constantly buzz throughout the day, notifying her about texts from her college friend. In those texts, her friend would complain about the anguish of being an international student in Canada.

She would grumble about the fees structure, loneliness and the lack of support she experienced while dealing with her problems, Bano said.

However, Bano also knew that there was support available for her friend’s grievances and her college mate wasn’t aware of them.

“I wondered if the rest of the international student community faced these issues as well,” said Bano, the Vice President of Projects at Humber’s Enactus club.

The club has businesses that help solve social problems.

Bano initially thought her friend’s concern was unique to her but a small survey of international students at Humber found that her pal wasn’t alone with those concerns.

It was then the club found its next entrepreneurial initiative: The Youth Wellness Project.

Humber Enactus has been working on a project since September 2018 which would not only guide international students on how to gain access to resources but also provide them with a safe space so they could express themselves.

The project is expected to launch this month, Bano said.

The club recently received a grant of $2,500 from the Cooperatives, an insurance and financial services company, who will review their progress in March when Humber’s Enactus team will compete in the regional Enactus competition. The grant was given to 12 colleges for projects relating to mental health.

“We plan to eventually extend it to youth newcomers in Canada,” said club President Amelia Savoie. “But for now we are focusing on International students.”

The project aims to hold peer-to-peer discussions among students, giving them an opportunity to express themselves in the community, Bano said.

However, each discussion would only comprise five to 10 people. The club envisions a professional counsellor overseeing the entire discussion to ensure that they are on the right track, Bano said. 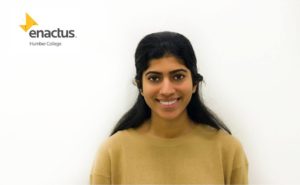 Shah Bano, Vice-President of Projects at Humber Enactus, said the project, aimed at the mental health of International students, is slated to be released in March. (Courtesy: Enactus)

Each session would be led by an Enactus member who would address issues, ask people to express their grievances and then discuss resources that are available to them for solving their problems, she said.

As a Canadian resident who was born in Pakistan, Bano said there is a certain stigma attached to mental health treatment in several developing countries, where most international students come from. This kind of setting will break such barriers, she said.

“It would be more like a group of friends coming together,” Bano said.

She said each student will be asked if they are comfortable sharing their experiences with a group days before the discussion starts.

“We would also ask them what are looking to get from these discussions,” Bano said.

She said since this is a pilot project, Enactus would regularly consult students even after the project is released to gauge its impact.

“This would give us clarity about the topics we could speak about in the initial discussions,” Bano said.

She said owing to limited resources, Enactus would restrict a candidate’s participation to only four to six weeks, although starting an alumni board that would consist of members who already participated in their program is in the works.

This could help them network within themselves and help new members, Bano said.

She said their main challenge is for every Enactus member to effectively manage their commitments and dedicate time to executing the project.

“After all, we’re all students and we have deadlines, assignments, jobs. It’s just hard to have everyone on the same page at the same time,” Bano said.

However, she is optimistic about the project, she said.

Enactus has also worked on a number of projects including Project Safe, an initiative for empowering women and helping them embrace their insecurities regarding their biological processes.

“We are positive that this would work,” Bano said.