AI could disrupt — and create opportunities — in FinTech industry 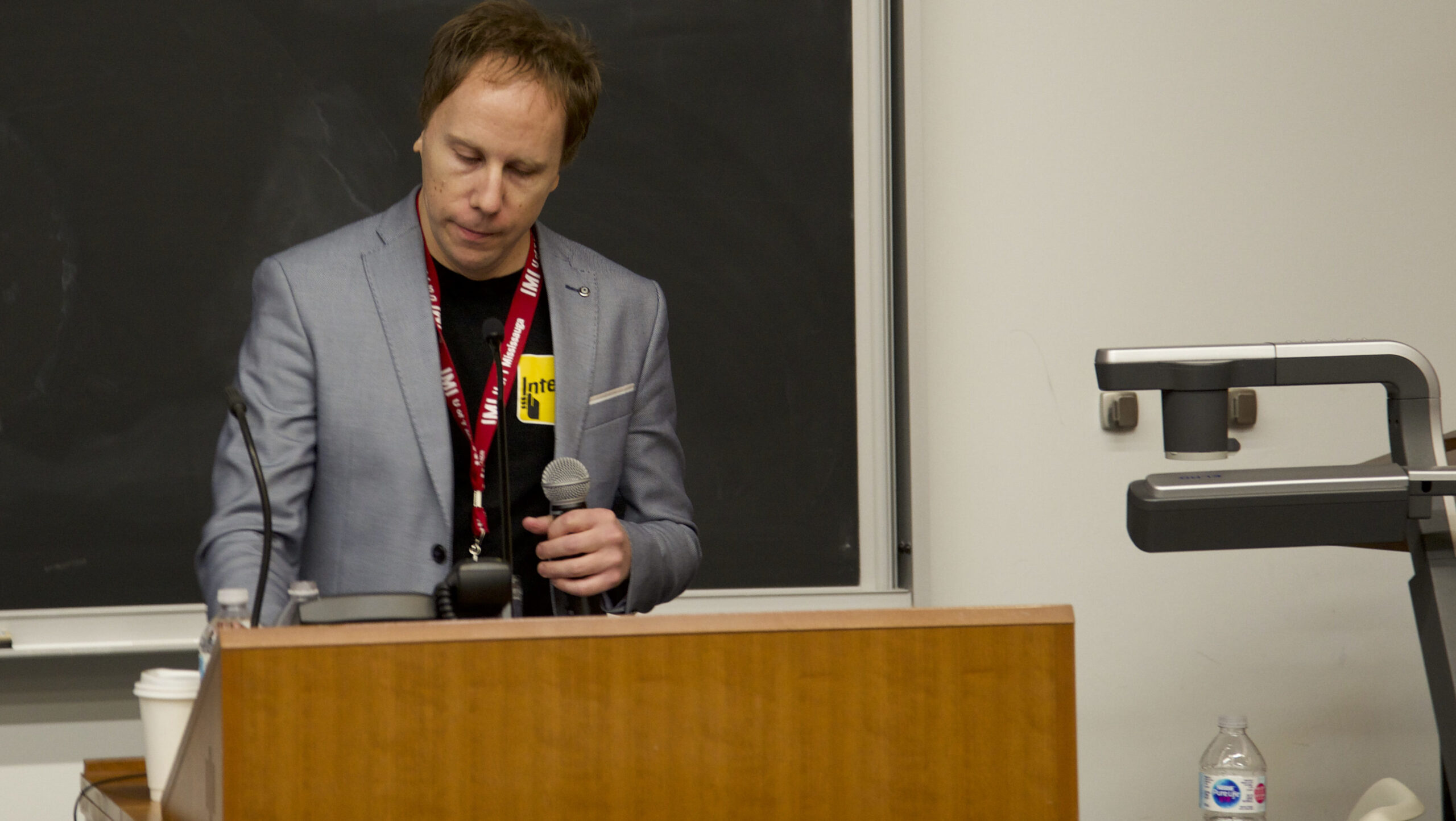 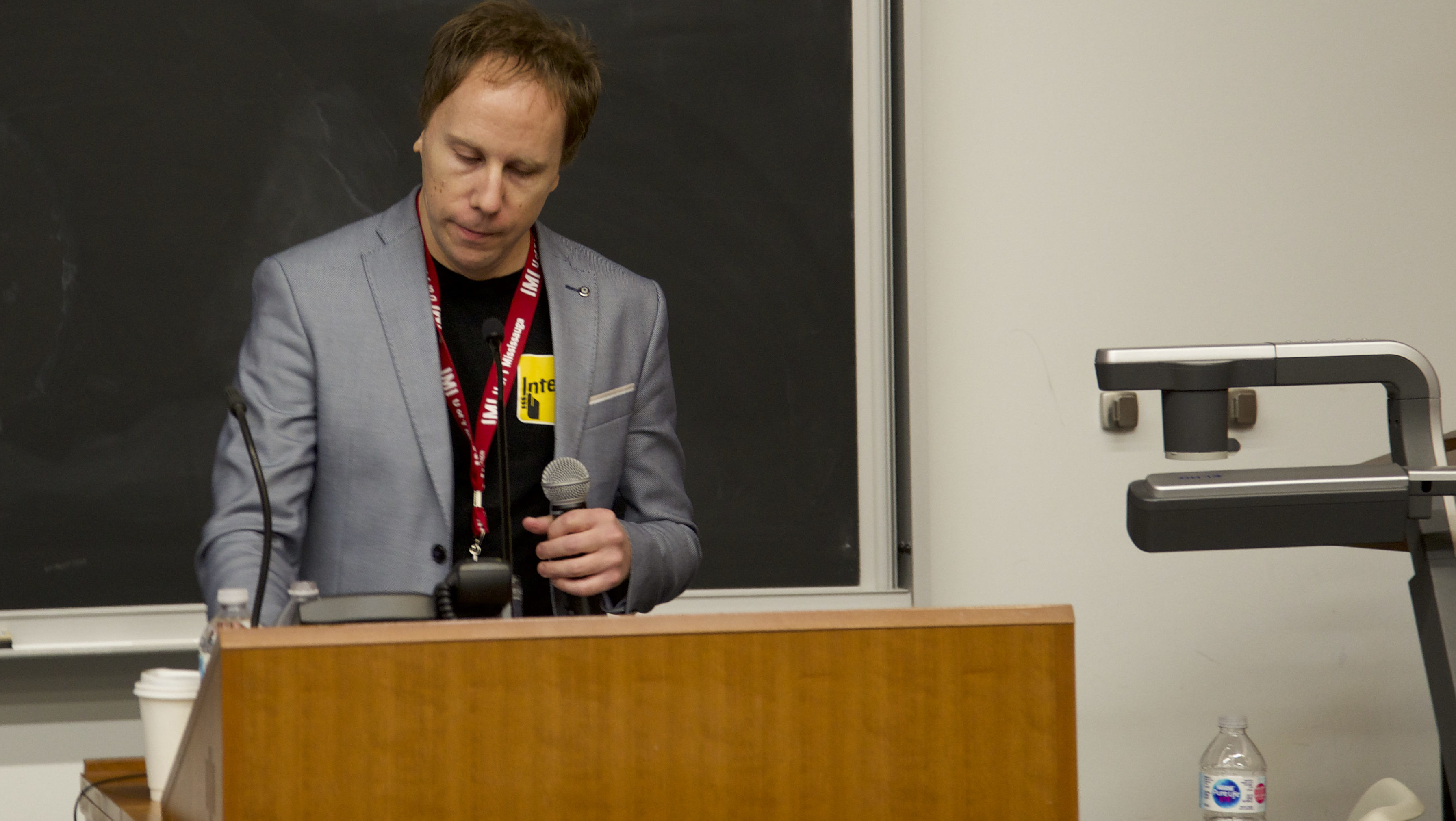 Marc Folch explored the major trends in the FinTech industry at a workshop held at the University of Toronto Mississauga on March 16. (Hiren Mansukhani)

Artificial Intelligence could be the single most impactful disruptor of the FinTech industry, a senior manager at Interac said.

But Marc Folch, who leads innovation insights at Interac, also told a workshop held at University of Toronto Mississauga on March 16 that AI could also be the field’s driver in creating new opportunities.

Folch was outlining the major trends in the financial and technological industry in a room filled with students and professors.

He found many people are unaware of what AI actually means, that it is the ability of machines to learn and adapt autonomously to external environments.

“A programmer in the past would have to figure out everything that a program would capture and hard code in responses to deal with it,” he told the UTM audience. “Not with AI. AI figures this out.”

Environments like trading floors and stock markets could be very dynamic and it is not possible for someone to pre-code responses for every possible situation, he said. Machines have to be able to learn in progress.

Folch said artificial intelligence would also help basic coders perform tasks which previously could only be done by a data scientist with a PhD.

“AI should be viewed as a kind of technology that enhances human abilities and not a threat to employment,” he said.

Folch said apart from AI, the increase in services which FinTech companies offer is another major trend in the industry. 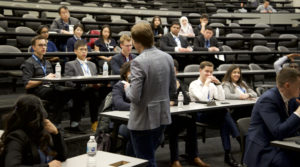 Marc Folch speaking about the challenges most FinTech companies face at the workshop held at UTM. (Hiren Mansukhani)

“FinTechs have realized that rendering a whole portfolio of services is valuable,” he said.

This led financial companies to partner with banks so they could enable a wider range of services, Folch said. The focus on customer-experience would further bridge the gap between banks and FinTech companies and make them very similar in nature, he said.

Folch said one of the major challenges in the financial industry is the handling of consumer data.

When consumers provide a third party — in this case, a financial firm — with their personal log-in data, they have already breached the security and terms and conditions of the bank, he said.

If a hacker hacks into the third part server and robs customers of their money, a bank wouldn’t compensate them due to the aforementioned reasons. And if the third party doesn’t have sufficient funds, people could lose their money forever, Folch said.

“The way we handle data in a way that maintains trust among customers is essential,” he said.

Another challenge he felt the industry faces is the digital verification of a consumer.

“Your ID was meant to be verified in the real world, not virtually,” Folch said.

Figuring a way to successfully verify digital IDs is one of the feats financial services have to accomplish, Folch said.

He said finding partners is one of the biggest “success hacks” for FinTech companies.

“Even if a company provides a customer with great service that brings great value to them, being outside of the banking ecosystem brings a bunch of headaches like moving money back and forth which counters the value companies bring,” Folch said.

Partnering with banks and other companies would provide FinTech companies with trust, credibility, scale and even expertise that would prove to be a significant advantage for them.

“I have seen so many pitches that promise to solve a problem in a great way except that it introduces two new problems in the ecosystem that end up being greater than they are solving,” he said.

He cited the example of Quadrigo, a Canadian cryptocurrency exchange, which faced huge problems this year owing to the death of its CEO, who was the only person with keys to encrypted wallets worth more than a hundred million dollars of customer funds.

“That happened to because they didn’t have the oversight in place,” Folch said. “From the outside, you don’t see that until it hurts.”

He said this is an important consideration since a slight banking mistake could take tank the economy.

Sherlyn Arora, a management student at UTM, said she is going home with way more knowledge than she came with.

“We get a lot of theoretical knowledge but this is a good insight into how disruptive technology and how will it enhance our business prophecies,” she said.