What issues will Trump highlight in State of the Union speech? 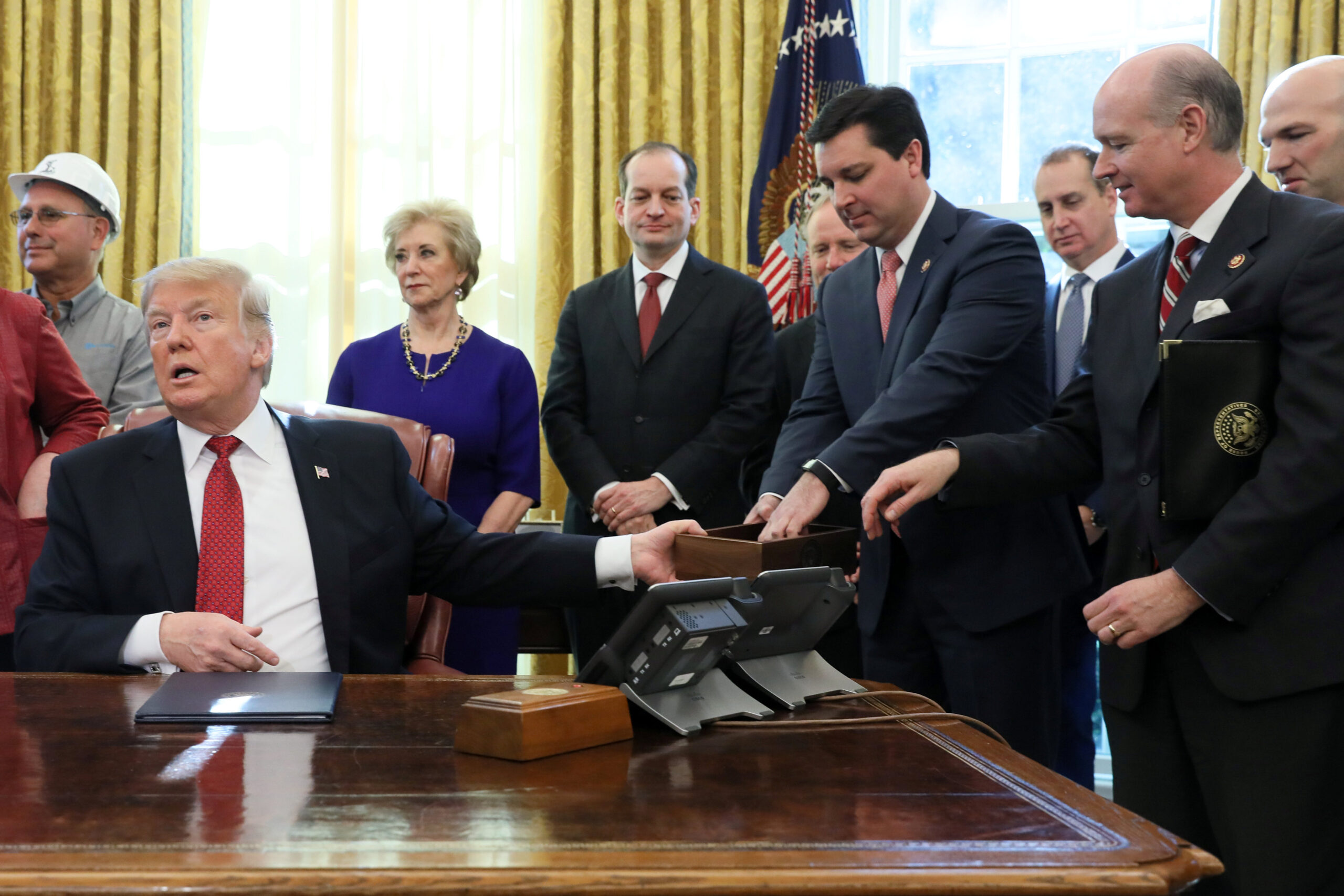 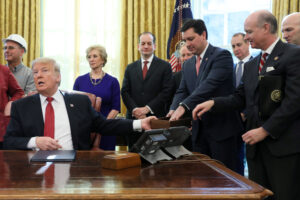 Small Business Administration Administrator Linda McMahon and Labor Secretary Alex Acosta look on as U.S. Reps’ David Rouzer and Rep Robert Aderholt  stand by to receive a complimentary pen after U.S. President Donald Trump signed an Executive Order during a meeting with manufacturers and manufacturing workers in the Oval Office of the White House in Washington on Jan. 31 REUTERS/Jonathan Ernst

U.S. President Donald Trump finally gets to make his state of the union speech tonight on Capital Hill — and not from the White House as had been originally proposed during last month’s U.S. government shutdown

The president is expected to have immigration on the top of his agenda in his speech tonight, followed by abortion, the. U.S-Mexican border and White House officials hinted that the he will also make calls for unity, too, the New York Times reported.

Last month, the president had been asked by House Speaker Nancy Pelosi to postpone his speech until things got back to normal after the shut down.

Trump has accused the Democrats of not wanting to see crime stopped, which he said he can do easily on the United States’ southern border with Mexico. The president said, “It’s really a shame what’s happening with the Democrats, they have become radicalized,” Reuters News reports.

Pelosi in turn has told the press that not only is Trump holding the American people hostage, but he is also holding the Republicans in Congress hostage.

“There is serious and justified concerns that this President would shut down the government anytime he does not get his way legislatively,” she said in a report on Reuters TV.

The president is expected to make the case  to build a barrier on the Mexico border.

Trump is not expected to take any U-turns from his demands to get billions of dollars to build his immigration barrier anytime soon, however the Democrats are holding their ground steadfastly by not giving in to his financial demands.

The State of the Union address dates back to the days of Thomas Jefferson.

Trump will deliver his speech at 9 p.m. ET.