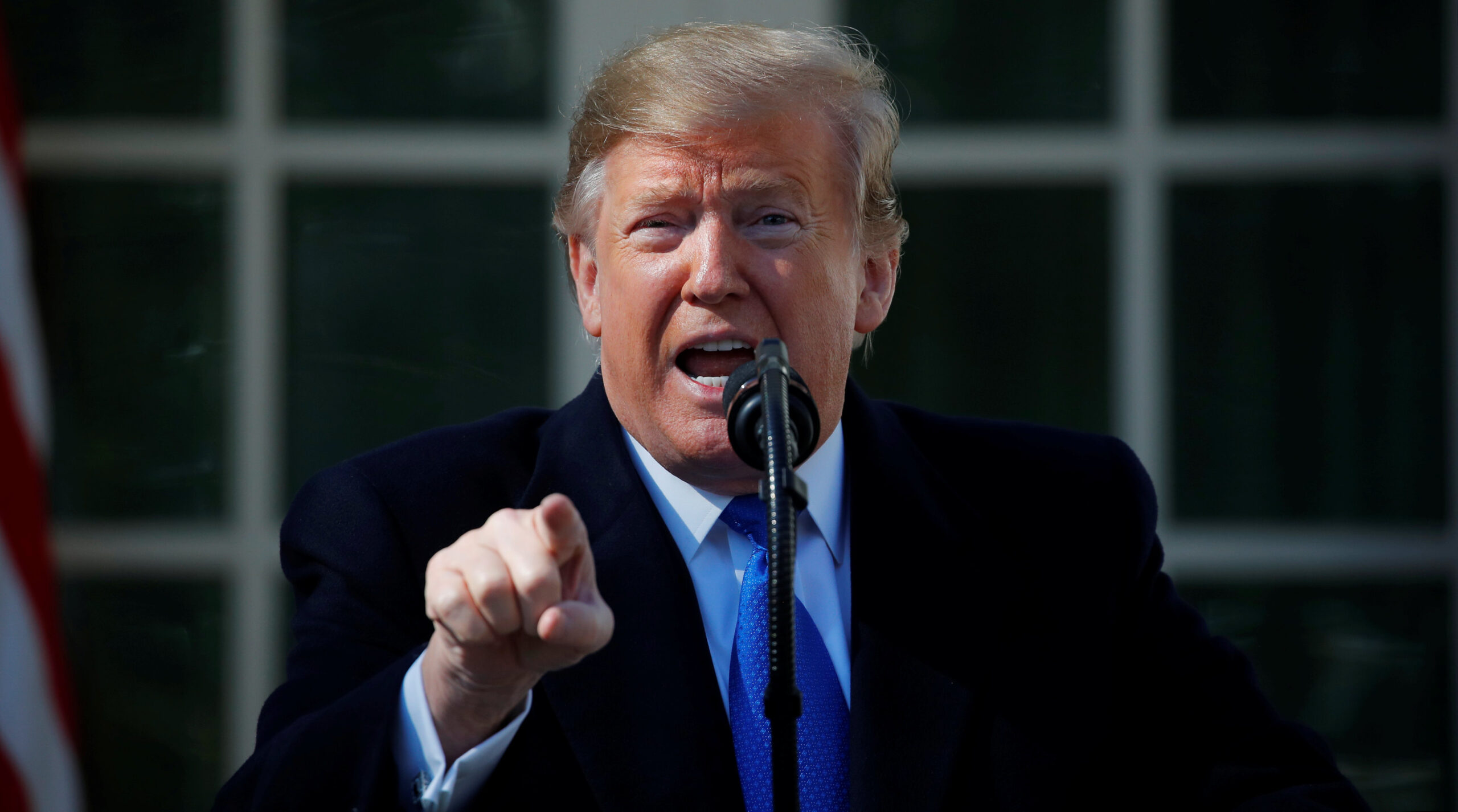 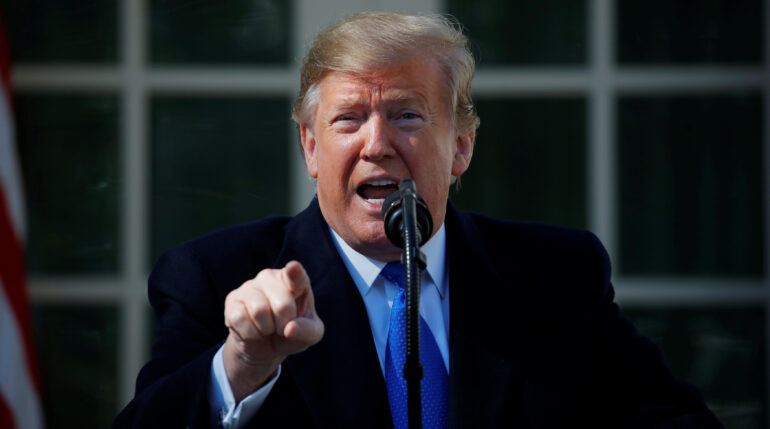 U.S. President Donald Trump declares a national emergency at the U.S.-Mexico border during remarks about border security in the Rose Garden of the White House in Washington, U.S., February 15, 2019. (REUTERS/Carlos Barria)

U.S president Donald Trump declared a state of national emergency on Friday to fund building a fence on the U.S.-Mexico border.

While Congress has already approved $1.375 billion (all figures U.S.) for a border fence, the national emergency would secure an additional $7.5 billion.

The president had previously requested $5.7 billion, but Congress refused.

Trump said in a conference at the White House Rose Garden that the wall was needed to prevent illegal activity.

Previous national emergencies were declared for the Iranian hostage crisis in 1979, the proliferation of nuclear weapons during the Cold War, and the terrorist attacks of 2001.

Trump said he will likely get sued and land in the Supreme Court. He said he hopes the Supreme Court will rule in his favor, but House Speaker Nancy Pelosi said the president’s stance could instead be ruled unconstitutional.

“The President’s unlawful declaration over a crisis that does not exist does great violence to our Constitution and makes America less safe,” Pelosi said in a statement.

Aurel Braun, a professor of international relations and political science at the University of Toronto, said the president may not have legal backing for his initiative.

“The courts may well decide that this does not justify a national emergency. They may then issue an injunction,” he said. “That would stop the ability of President Trump to use funds.”

Braun said while Trump may be sincere in his declaration of a national emergency, it could also be political theatre.

“That’s another element that people need to look at. Is this kind of kabuki where there’s something that is being used for the election in 2020,” Braun said.

Trump isn’t the first president to make an issue of illegal immigration.

“Go back a few years, you have clips of President Obama saying that illegal immigration has to stop,” Braun said. “You cannot have people just coming to United States without permission.”

Trump is, however, the first to declare it a national emergency. His position comes at a time when illegal border crossings from Mexico are down from a decade ago and experts underline that most such activity occurs at major ports.

Even Trump himself has called into question whether he needed to declare an emergency to get the border wall built.

“I could build the wall over a longer period of time. I didn’t need to do this,” he said. “But I’d rather do it much faster.”