Trudeau says Canada is going to the moon 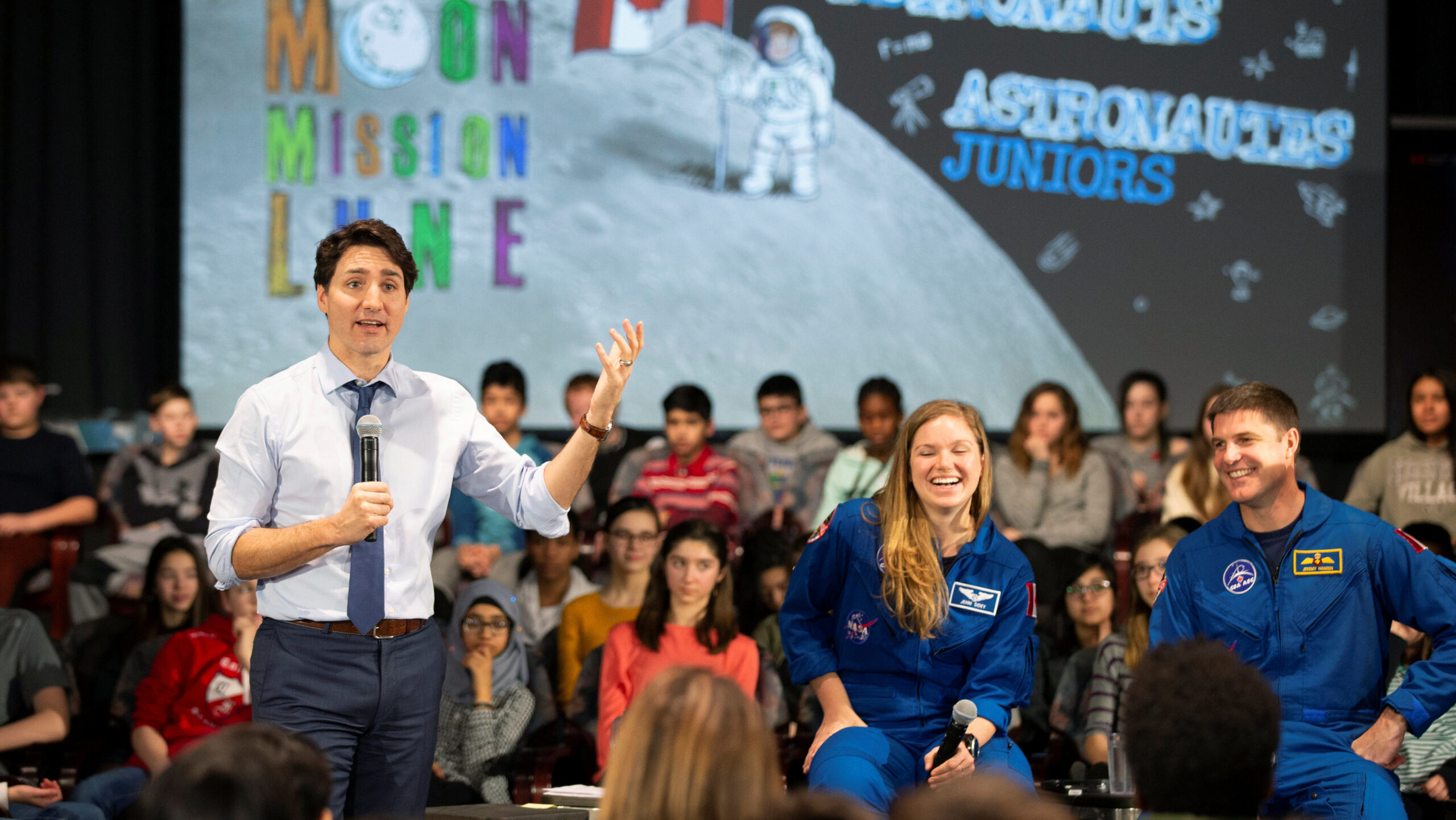 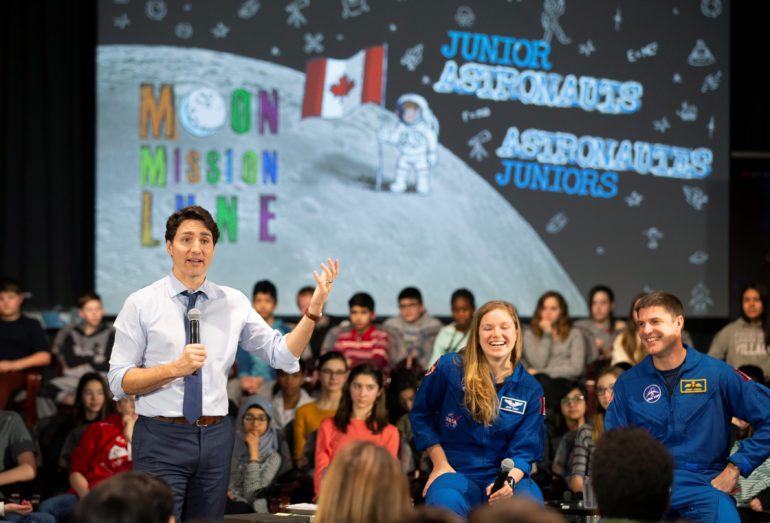 Justin Trudeau participates with astronauts Jennifer Sibey-Gibbons and Jeremy Hansen in a national school assembly on space with high school students at the Canadian Space Agency in Longueuil, Que., on Feb. 28. (REUTERS/Christinne Muschi)

Canada is joining NASA to build a lunar space station with the intention of reaching Mars.

Prime Minster Justin Trudeau said the future of Canada’s space program is to join NASA to set up an orbital station orbiting the moon and eventually have Canadian astronauts join space crews.

“Canada is going to the moon,” he said at a press conference at the Canadian Space Agency headquarters in Longueuil, Que on Feb. 28.

Trudeau said Canada would be a partner in the Lunar Gateway, a NASA project to set up a lunar outpost on the moon as a preliminary step towards reaching Mars.

The project’s goal will be a habitat that will serve as a science laboratory and a testing site for new technologies orbiting the moon, to be assembled beginning in 2022 and ready for habitation in 2024. There are plans for a crewed mission going to the moon as soon as 2023.

Canada’s contribution will be the Canadarm3.

“It’s only fitting and right, that the arm that will repair and maintain the Gateway will be made in Canada by Canadians,” Trudeau said.

He said $150 million in spending over the next five years available to small- and medium-sized Canadian business that are developing new technologies.

Known as the Lunar Exploration Accelerator Program (LEAP), the goal is to drive innovation in the fields of artificial intelligence, robotics, and other areas useful in lunar exploration.

A junior astronaut initiative was also announced. The program was intended to inspire the next generation of astronauts and get young Canadians excited about careers in science, technology, engineering, and mathematics, according to the Canadian Space Agency (CSA).

Navdeep Bains, Minister of Innovation, Science and Economic Development, said it is expected Canadian astronauts will be a part of future missions.

“Thanks to this investment, our Canadian astronauts will have access to new space missions, inspiring generations to come,” he said. “The Canadian space community will maintain global leadership in robotics and capitalize on our world-leading expertise in AI and health.”

“This is an important announcement. It’s good news for Canada’s aerospace industry, for Canada, and indeed for the world,” said Jim Quick, President and CEO of Aerospace Industries Association of Canada.

“We are pleased the government of Canada has acted on the industry’s and AIAC’s urgings,” he said.

Bains unveiled on March 6 a plan for Canada’s longer-term space strategy. The space strategy, informed by the perspectives of Canada’s Space Advisory Board, a group consisting of academics and industry executives, described a plan to ensure Canada would keep pace in the next phase of space exploration.

He touted the economic benefits of the plan.

“For every astronaut we send to space, there are thousands of Canadians who are part of the journey,” he said.

“Canada’s space strategy will foster our next generation of astronauts, engineers and scientists and will ensure Canadians and Canadian businesses benefit from the growing opportunities in the space economy.”