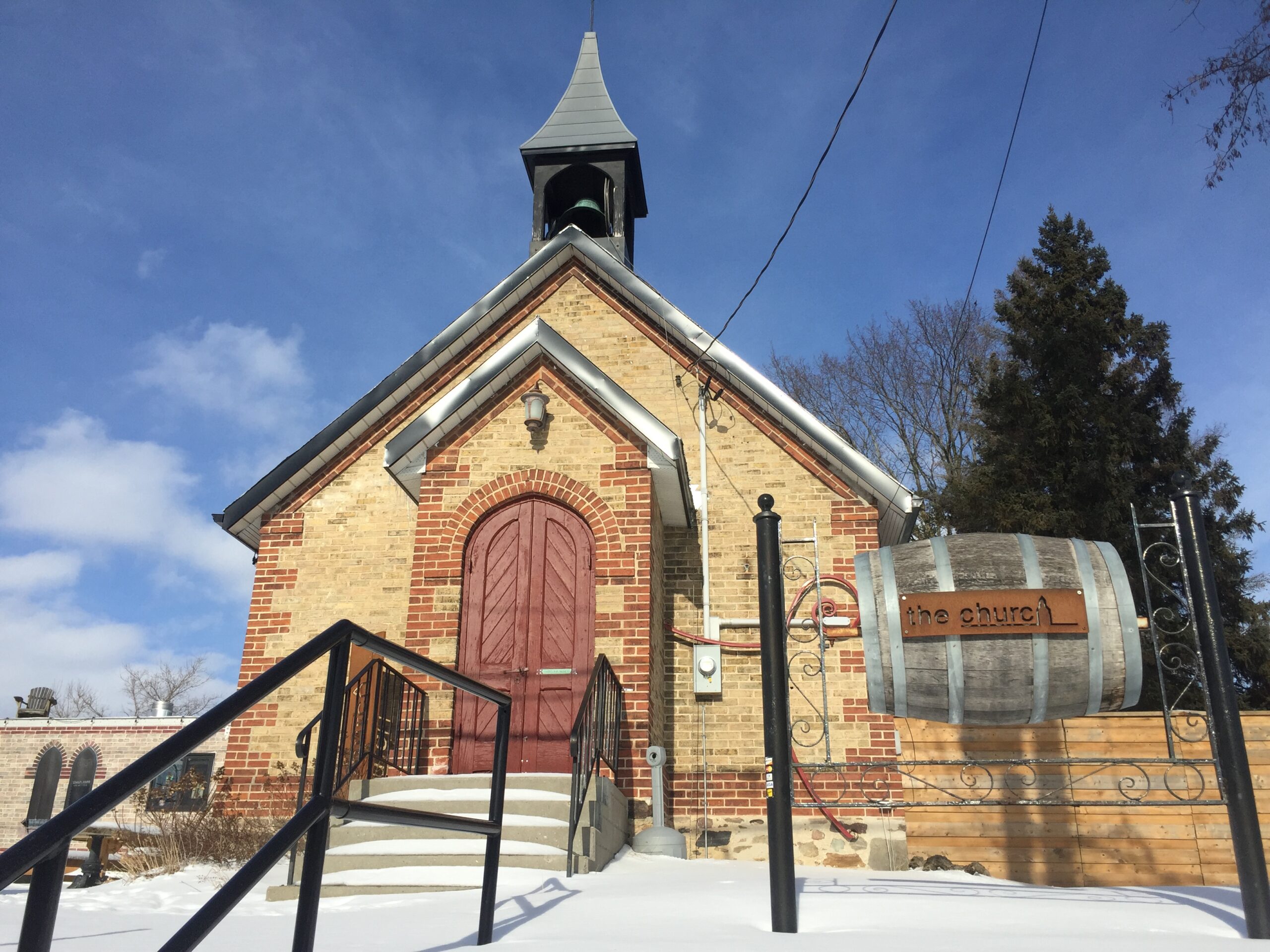 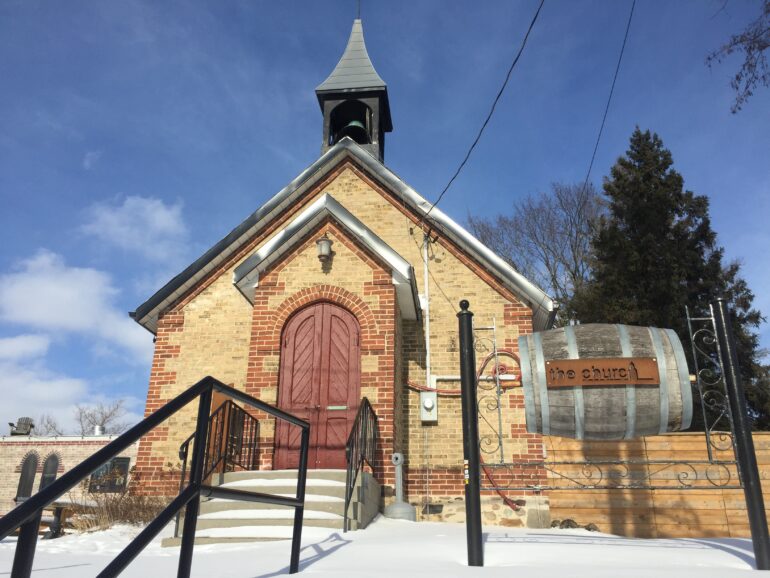 The Church reopened as a local pub and restaurant in Palgrave in 2014, and closed in February of 2019 due to an ongoing dispute with the Town of Caledon. (Justin Mowat)

The Church’s steeple was illuminated by a single spotlight amidst a backdrop of scattered stars.

Members of the community climbed the stone steps throughout the evening and congregated inside the ancient place of worship, as they did every weekend.

The candles glowed, the service was lively, and the “pews” were filled by patrons of all ages — families, friends, and visitors of the community who had gathered for the Final Supper.

It was the end of a bold experiment as The Church Public Inn, a former Anglican church converted into a bar and restaurant in the town of Palgrave, closed its doors for the final time on Feb. 7.

But it was not for lack of effort or support.

Originally constructed in 1882, St. Alban’s Anglican became the centre of worship for Palgrave and the neighbouring communities of Tottenham and Beeton, according to a history of the village written by Trudy Mann.

But after many of its patrons migrated to other parishes in the region, St. Alban’s eventually closed in 1996 and sat abandoned for almost two decades, attracting the curious attention of passersby and spooking local children on Hallowe’en.

The revival of the church began when Terry Cutts, a mechanical contractor and an award-winning chef, moved to Palgrave with his two young sons in 2003.

Cutts immediately noticed St. Alban’s and that sparked an idea. He believed it should be repurposed as a community landmark by being turned into a local restaurant.

St. Alban’s Anglican Church is seen here in 1930, when it served Palgrave and the neighbouring communities of Tottenham and Beeton. (Source: Palgrave: The United Church and the Community by Florence E. McLean and George A. Mundy)

He wrote a letter to the then-owner of the forgotten church, a local Rotary Club member, Gordon Barr. Cutts explained his desire to purchase the abandoned building, and his intent to update St. Alban’s as a modern gathering place for the community.

“Your church has become a topic of conversation amongst a small group of friends that belong to the Caledon Supper Club. The club is a smattering of foodies that cook together once a month in our homes in and around Palgrave,” Cutts said in the letter.

“To be frank, I want to buy your church and make my lifelong dream of being a publican a reality,” he said.

Cutts bought St. Alban’s from Barr in 2011, and began drafting plans to turn the building into a restaurant.

The pub and restaurant, known to locals simply as The Church, opened for business in 2014.

Clarise Chauvin, co-owner of The Church and Cutts’ partner, was initially wary of how the community would react to their plans for the former Anglican church, given it had played such an important role in the town’s history.

“I just thought, it’s a church … and I wondered how people would feel about eating and drinking in a church,” she said.

The community quickly countered her doubts and responded in an overwhelmingly positive way. Weekends saw The Church regularly packed full of people, both locals and out-of-towners, Chauvin said.

In fact, she estimated that only 10-to-15 per cent of customers were residents of Palgrave, with a majority of The Church’s business coming from out of town.

Sunday School, a popular event that occurred once a month, brought The Church’s suppliers and customers together under one roof, in an effort to educate diners more about the locally-sourced ingredients on the menu.

The Church purchased most of its food from nearby farms in order to ensure a fresh, diverse, and locally-grown menu. Some of their suppliers included the Albion Hills Community Farm, Mount Wolf Farm, and River Ridge Farm.

And there was beer, too. The Church always had local ales on tap, and some were brewed as close as a 10-minute drive from the pub.

One of those beers came from Caledon Hills Brewing. 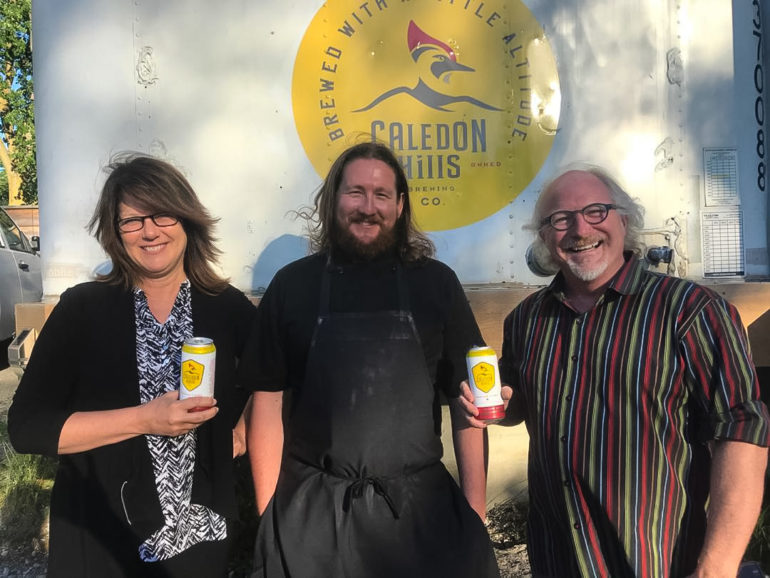 “We launched them before they had a liquor license. So we couldn’t sell it, but we could let customers taste it,” Chauvin said of Caledon Hills, which was officially debuted at The Church and stayed on tap until the final night.

And from time-to-time, former regulars of The Church in its original incarnation would visit the pub.

“There were two church ladies who used to take care of [St. Alban’s], and when the doors closed [in 1996], they never came back,” Chauvin said.

“They never went to any other church until we opened this as a restaurant,” she said.

People recounted stories to Chauvin and Cutts of being baptized or married in St. Alban’s and expressed how happy they were to see the old church brought back to life again.

The Church eventually hosted wedding ceremonies of their own, carrying on the tradition — with the addition of a liquor license.

But all was not well behind the scenes due to an ongoing dispute with the Town of Caledon.

No permits were required to renovate St. Alban’s into The Church, given the building was zoned correctly for a restaurant and opening the pub wouldn’t have increased the original occupancy from the former church, Cutts was told by then Acting Chief Building Official, Marie Scofield.

As it followed, the former mayor of the Town of Caledon, Marilyn Morrison, acted as the official ribbon-cutter at the grand opening of the pub, signalling the support of local government.

The future seemed promising for the venue, especially with a high-traffic summer on the horizon.

The Caledon Equestrian Park — a mere five-minute drive from The Church — hosted the equestrian segment of the Pan Am Games in 2015. The pub was a prime destination for parched, sun-soaked spectators and athletes during the games. 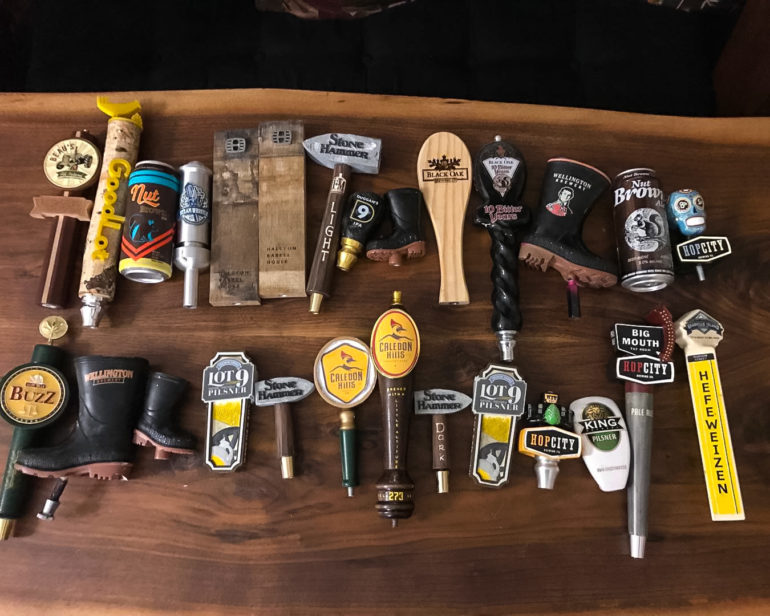 Patrons of The Church were familiar with an assortment of local brews that were paired with food purchased from local farms. (Courtesy Terry Cutts)

Cutts prepared for the expected influx of visitors to Palgrave by installing an outdoor patio on the property, placing a fence around the perimeter, and also upgrading the staff trailer that sat beside The Church.

The renovations aided the pub in single-handedly hosting the largest inpouring of tourists Palgrave had seen in decades. No other restaurants were open in town or near the Equestrian Park.

The Church even hosted the celebratory party for the Pan Am equestrian gold-medal winners at the conclusion of the games.

He was proud to see The Church help promote Caledon to the world, by way of the Equestrian Park.

The Church received a Feast Ontario certification — which is only awarded to restaurants committed to purchasing and educating the public about Ontario food and drink.

The pub was also recognized by the Ontario Culinary Tourism Alliance and was nominated for four Headwaters innovative business awards.

The hard work paid off. The Church had made a name for itself in the local history books.

However, after the excitement of the games had settled and business returned to normal at the end of the summer, Cutts discovered a notice to comply posted on the front door of the pub.

The notice, issued by the Town of Caledon, instructed Cutts to apply for a building permit — for the renovations he had completed earlier in the summer on the property.

In an effort to resolve the issue diplomatically, and wanting to avoid any further conflict, he applied for a permit at the end of August 2015. 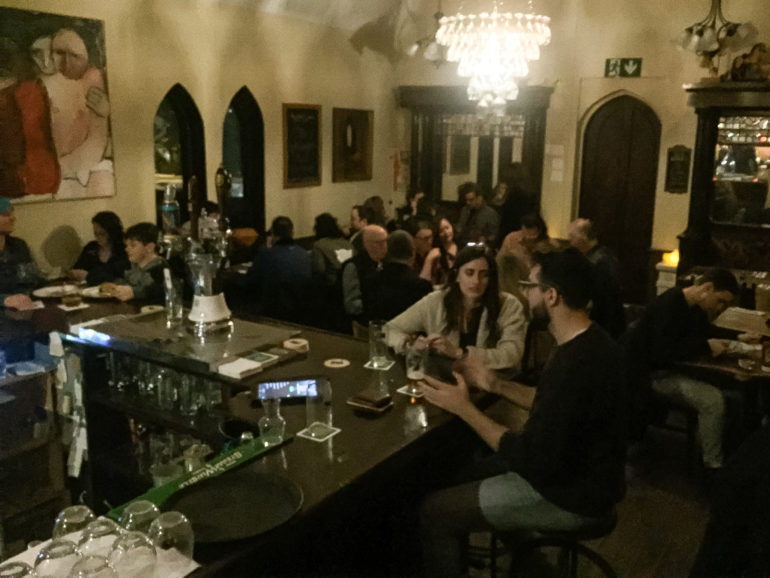 The night of the Final Supper saw The Church packed like any other weekend, but emotional goodbyes took place when patrons began leaving. (Justin Mowat)

But consultations in the years after with various architects, engineers, and landscapers, along with commissioned pedestrian and traffic impact studies, amounted to Cutts spending $200,000 in multiple attempts to obtain a building permit.

His applications were continuously rejected by the Town of Caledon, and Cutts was asked to resubmit, each time with a new set of conditions.

There seemed to be no foreseeable progress in obtaining a permit.

Cutts understood the legal and procedural responsibility of the Town of Caledon.

“That’s their job … and I have full respect for that,” he said.

But he also wished local councillors had done more to support The Church’s continued role in the town.

“It’s the councillors and the politicians who should step in and say, we’ve got a jewel here … and it’s putting Caledon on the map as a culinary tourism destination,” he said.

When reached for comment, Caledon Mayor Allan Thompson said he was “very pleased to see the old church restored and repurposed,” noting The Church’s “tremendous potential.”

“However, I can’t comment on the closing of a private business,” he said.

The building permit finally came through on Jan. 31, just a week before The Church hosted the Final Supper.

Be that as it may, it was too late for Cutts to change course.

He had decided to settle up his tab and move on somewhere else — someplace where he hopes to feel more welcomed as a local restaurant owner.

“I was a happy resident [of Caledon] for 20 years, and a disgruntled business owner for five,” Cutts said.

Still, he hopes that one day, someone else notices the once again abandoned church and is struck with the same idea he had years ago — that it should be a place for the community to gather anew.