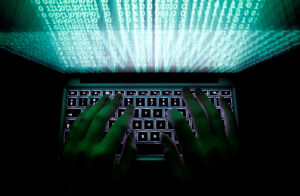 According to a recent PEW survey, 43 per cent of Canadians said they fear cyber attacks on national security information, public infrastructure and election tampering. (REUTERS/Kacper Pempel)

A significant number of Canadians say the country is not prepared for cyber attacks compared to other countries, a new survey by Pew Research Centre shows.

According to the survey, 43 per cent of Canadians said they have a fear of cyber attacks on national security information, public infrastructure and election tampering.

However, the study also showed 52 per cent of Canadians said the country is well prepared for the cyberattacks.

Pew surveyed people in 26 countries around the world that have been victims of many cyber attacks against their public infrastructure in recent years.

Cybersecurity experts say the attacks could be random because of the discovery of a vulnerability in the applications happens in an unpredicted manner.

They feel the government should form a separate wing to protect the sensitive information related to public infrastructure as well as in the private domain.

“The U.S. and several other western countries have cyber laws and policies that need to be followed by public and private sector enterprises,” said Shambhu Upadhyaya, a professor and associate dean for research and graduate education at the University at Buffalo.

He said Canada should take measures to deter bad things from happening to hardware, software, and data.

“Other western countries have Chief Information Security Officer (CISO) for industries to protect the enterprises from cyber attacks,” said Shambhu. “Any country that has a similar policy is prepared for cyber attacks and those who do not, are not prepared.”

“The government needs to accept the fact that cyber attacks happened and the reason is catastrophic system failures such as critical infrastructure,” said Paul S. Frazier, lecturer in math and computer science at Webster University in St. Louis, Mo.

Seventy-four per cent of people from Canada say an attack where national security information will be accessed is either very or somewhat likely, the survey says.

“The government should develop good policies and have a plan to investigate and punish the perpetrators,” said Shambhu.

In Canada, 64 percent likely feel the public infrastructure being damaged while 60 per cent say somewhat likely the elections being tampered in the country, the survey shows.

“I think the people probably don’t understand what processes, procedures and policies that the government does have in place,” said Frazier.

“They should also make people aware of the problem and set up programs to teach students to develop technical solutions to protect the digital assets,” said Paul S. Frazier.


The survey was conducted with 27,612 people in 26 countries around the world from May 14 to Aug. 12, 2018. The survey reached 1,056 adults Canadians in the 10 provinces by telephone, with results indicating a margin of error of 3.7 percentage points.