Humber self-defense workshop only for women 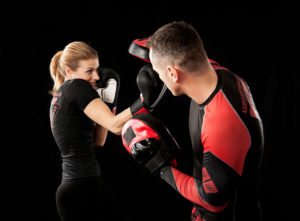 The Department of Public Safety hosted a R.A.D. (Rape Aggression Defense) self-defense training at Humber College North campus today. It was advertised as free for female students/faculty, but with a $500 price tag for other applicants.

“With respect to the $500, all the statement is saying is that the value of the course is $500, but it’s free to Humber students. The intent is just to show the value,” said Kilfoyle.

R.A.D. is an international self-defense system designed mostly for women to protect themselves against rape and sexual assault. It was created by Lawrence N. Nadeau, a former U.S. Marine, who served as a police officer after leaving the military.

It is billed as the largest self-defense system of it’s kind and the only one to be endorsed by the International Association of Campus Law Enforcement Administrators (IACLEA). It is taught in colleges, universities and police departments throughout the U.S. and Canada.

“This one is designed specifically for regular folks, they don’t need to have regular training, don’t have to be athletic, the skills that are taught in this particular program (are) available to all regardless of age or ability. It is to teach very specific techniques to escape or avoid contact,” said Kilfoyle.

The R.A.D. is hosted only once a year at Humber College, which raises questions on whether useful skills can be learned in a single eight hour session.

“One solid training session is good to build some fundamentals, but most people do not retain 50 per cent of what they learn within 24 hours. If you want to be proficient at something, taking the time to build the proper muscle memory to react to any scenario is extremely important,” said Lawrence Chan, head instructor and owner of Elite Martial Arts.

“This only comes with a structured training regimen and repetition. There are literally a ton of different attack scenarios that one can experience,” said Chan.

Humber’s Department of Public Safety has no plans at the moment to host a self-defense program for men.

“Indeed, sexual violence against men is definitely an issue. I would agree that anyone (regardless of sex) should avail themselves of knowledge and training that can help improve their personal security,” said Kilfoyle.

Humber Daily News was not allowed to attend the R.A.D. training and was barred from obtaining interviews, photos and video to protect the privacy of the participants.