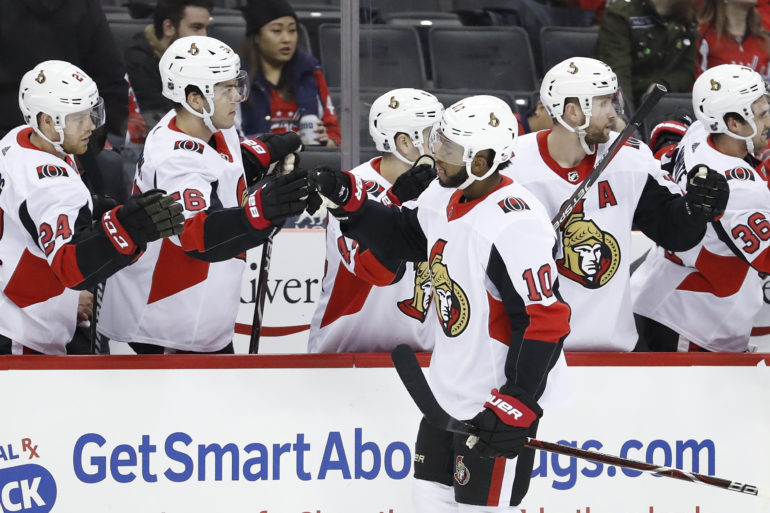 Ottawa Senators left wing Anthony Duclair (10) celebrates with teammates after scoring a goal against the Washington Capitals in the first period at Capital One Arena. (Geoff Burke-USA TODAY Sports.)

The Ottawa Senators have lost yet another battle, this time off the ice. The mediation meeting for their new downtown arena failed earlier this week, and their plans are now in jeopardy.

This continues to be a tough week for the Senators organization and their fans as they waved goodbye to their former top three scorers in Mark Stone, Matt Duchene and Ryan Dzingel who were traded to Vegas and Columbus. The Senators also currently sit last in the NHL with just under 20 games remaining.

This is a far cry from 2 years ago, when they were one goal away from reaching the Stanley Cup final.

Below is a timeline looking at Ottawa’s misfortunes since the Eastern Conference Finals in 2017.